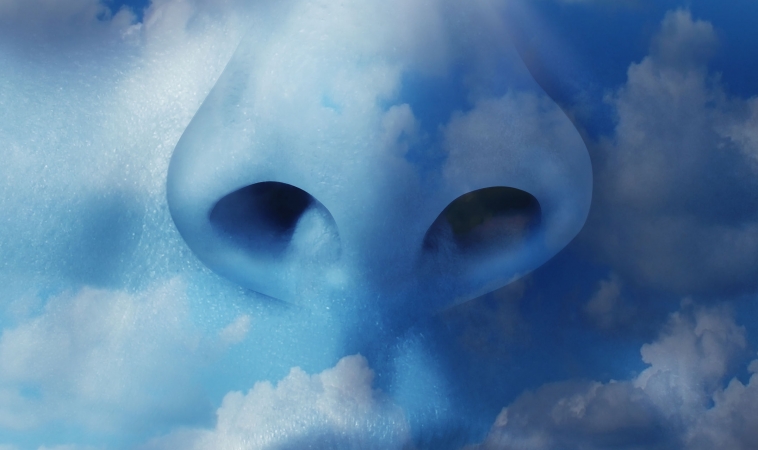 Do you inadvertently make decisions because you are hungry or cold? In other words, does the brain’s processing of internal bodily signals interfere with your ability to act freely?

This line of thinking is at the heart of research that questions our ability to act on thoughts of free will. We already know that inner body signals, like the heartbeat, affect our mental states, can be used to reduce the perception of pain and are of fundamental importance for bodily self-consciousness.

Thanks to a new discovery, it turns out that these inner body signals do indeed affect acts of volition

Scientists at EPFL in Switzerland have shown that you are more likely to initiate a voluntary decision as you exhale. Published in today’s issue of Nature Communications, these findings propose a new angle on an almost 60-year-old neuroscientific debate about free will and the involvement of the human brain.

“We show that voluntary action is indeed linked to your body’s inner state, especially with breathing and expiration but not with some other bodily signals, such as the heartbeat,” explains Olaf Blanke, EPFL’s Foundation Bertarelli Chair in Cognitive Neuroprosthetics and senior author.

At the center of these results is the readiness potential (RP), a signal of brain activity observed in the human cortex that appears not only before voluntary muscle movement, but also before one becomes aware of the intention to move. The RP is the signature of voluntary action since it consistently appears in brain activity measurements right before acts of free will (like being aware that one wants to reach for the chocolate).

Interpretations of the RP have been debated for decades. Some interpret the RP to show that free will is an illusion, since the RP precedes the conscious experience of free will. It seems to show that the brain commits to a decision (chocolate) before we are even consciously aware of having made that decision.

It was recently suggested that the RP could be an artefact of measurement, potentially putting free will back into our command

But if we take on the view that our conscious decisions arise from a cascade of firing neurons, then the origin of the RP may actually provide insight into the mechanisms that lead to voluntary action and free will. The way the brain’s neurons work together to come to a decision is still poorly understood. Our conscious experience of free will, our ability to make decisions freely, may then be intricately wired to the rest of our body.

The EPFL results suggest that the origin of the RP is linked to breathing, providing a new perspective on experiences of free will: the regular cycle of breathing is part of the mechanism that leads to conscious decision-making and acts of free will. Moreover, we are more likely to initiate voluntary movements as we exhale. (Did you reach for that piece of chocolate during an exhale?)

These findings suggest that the breathing pattern may be used to predict ‘when’ people begin voluntary action. Your breathing patterns could also be used to predict consumer behavior, like when you click on that button. Medical devices that use brain-computer interfaces could be tuned and improved according to breathing. The breathing-action coupling could be used in research and diagnostic tools for patients with deficits in voluntary action control, like obsessive compulsive disorders, Parkinson disease, and Tourette syndromes. Blanke and Hyeong-Dong Park, first author of this research, have filed a patent based on these findings.

Free will hijacked by interoceptive signals?

More generally, the EPFL findings suggest that acts of free will are affected by signals from other systems of the body. Succumbing to that urge to eat chocolate may depend more on your body’s internal signals than you may realize!

Blanke elaborates, “That voluntary action, an internally or self-generated action, is coupled with an interoceptive signal, breathing, may be just one example of how acts of free will are hostage to a host of inner body states and the brain’s processing of these internal signals. Interestingly, such signals have also been shown to be of relevance for self-consciousness.”

You may be tempted to blame acts of chocolate binging on interoceptive electrical signals hijacking your free will. The gut-mind connection is an active field of research and interoceptive messages sent to the brain certainly impact food cravings. For now, this latest EPFL research only improves predictions of when you will indulge in that craving, and not what you actually crave.

Acts of free will and inner states of the body

The prevailing view in neuroscience is that consciousness is an emergent phenomenon of the brain. Firing of the brain’s neurons leads to consciousness and the feeling of free will or voluntary action. By belonging to the physical universe, the brain’s electrical activity within the constraints of anatomy, is subject to the laws of physics. In this sense, brain signals encoding the body, lungs and heart might naturally affect the brain’s cognitive states too and therefore influence acts of free will.

To test whether the RP depends on the body’s inner state and the brain’s representation thereof, Blanke and colleagues asked 52 subjects to press a button at will at Campus Biotech in Geneva. EEGs monitored brain activity, a belt around the chest measured breathing activity and cardiac activity was recorded.

The scientists found that the RP and voluntary action (pressing the button) is linked to the body’s inner state — the regular breathing cycle — but not to the heartbeat. Participants initiated voluntary movements more frequently during an exhale than an inhale and were completely unaware of this breathing-action coupling. The RP was also modulated depending on the breathing cycle.

EPFL scientist and first author of the study Hyeong-Dong Park explains, “The RP no longer corresponds only to cortical activity ‘unconsciously preparing’ voluntary action. The RP, at least partly, reflects respiration-related cortical processing that is coupled to voluntary action. More generally, it further suggests that higher-level motor control, such as voluntary action, is shaped or affected by the involuntary and cyclic motor act of our internal body organs, in particular the lungs. Still the precise neural activity that controls breathing remains to be mapped.”

The readiness potential and interpretations

Philosophers, psychologists, and more recently neuroscientists have long debated our ability to act freely. The meaning of the readiness potential (RP) has been questioned ever since its discovery by neuroscientists Hans Helmut Kornhuber and Lüder Deecke in 1965, and later regarding its relation to free will in neuroscientist Benjamin Libet’s experiments.

The entire brain consists of approximately 100 billion neurons, and each individual neuron transmits electrical signals as the brain works. Electrodes placed on the head can measure the collective electrical activity of the brain’s neurons, seen as wavy lines called an electroencephalogram (EEG).

In 1965, neuroscientists Hans Helmut Kornhuber and Lüder Deecke conducted a seminal experiment to test voluntary action and discovered a recurring pattern of brain activity. They placed EEG electrodes on top of the subject’s head, and asked the subject to press a button at will. Kornhuber and Deecke discovered that the EEG consistently exhibited a rising slope of wavy lines, the readiness potential, 1 second or more before voluntary movement.

In the early 1980s, neuroscientist Benjamin Libet further tested the relationship between the RP and conscious awareness or intention of voluntary action. His highly influential results showed that approximately 200ms before his subjects pressed the button, they were aware of an urge or the intention to act, something Libet referred to as the W time, and yet the RP consistently preceded W time.

Libet suggested that these findings showed that even before we make a conscious decision of voluntary action, the brain was already unconsciously activated and involved in planning the action.

Some have interpreted the relation between the RP and W time as an indication that human free will might be an illusion. The RP is viewed as the brain committing to a decision (to press the button) before the subject is even aware of having made that decision. If commitment to a decision is being made before we are even aware of it, then what mechanism is making the decision for us?

Yet, Libet’s results are in conflict with the notion of free will and voluntary action in philosophy of the mind, in folk psychology, in culture, and in legal matters.