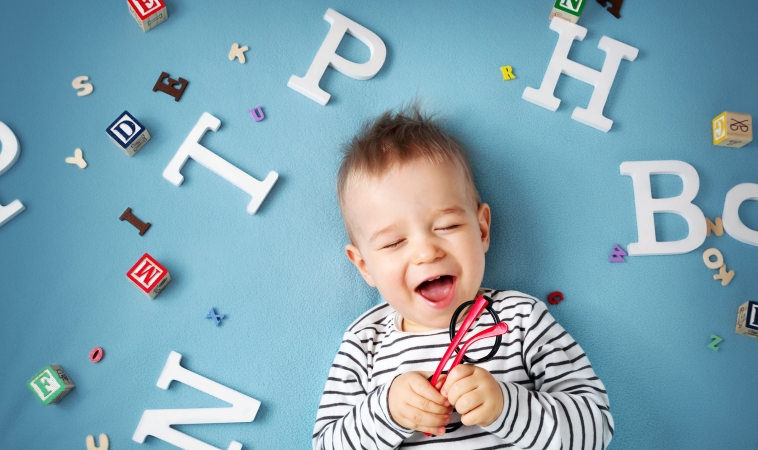 Humans are born with a part of the brain that is prewired to be receptive to seeing words and letters, setting the stage at birth for people to learn how to read, a new study suggests.

Analyzing brain scans of newborns, researchers found that this part of the brain — called the “visual word form area” (VWFA) — is connected to the language network of the brain.

“That makes it fertile ground to develop a sensitivity to visual words — even before any exposure to language,” said Zeynep Saygin, senior author of the study and assistant professor of psychology at The Ohio State University.

The VWFA is specialized for reading only in literate individuals. Some researchers had hypothesized that the pre-reading VWFA starts out being no different than other parts of the visual cortex that are sensitive to seeing faces, scenes or other objects, and only becomes selective to words and letters as children learn to read or at least as they learn language.

“We found that isn’t true. Even at birth, the VWFA is more connected functionally to the language network of the brain than it is to other areas,” Saygin said. “It is an incredibly exciting finding.”

Saygin, who is a core faculty member of Ohio State’s Chronic Brain Injury Program, conducted the study with graduate students Jin Li and Heather Hansen and assistant professor David Osher, all in psychology at Ohio State. Their results were published today in the journal Scientific Reports.

The VWFA is next to another part of visual cortex that processes faces, and it was reasonable to believe that there was not any difference in these parts of the brain in newborns, Saygin said.

As visual objects, faces have some of the same properties as words do, such as needing high spatial resolution for humans to see them correctly.

But the researchers found that, even in newborns, the VWFA was different from the part of the visual cortex that recognizes faces, primarily because of its functional connection to the language processing part of the brain.

“The VWFA is specialized to see words even before we’re exposed to them,” Saygin said.

“It’s interesting to think about how and why our brains develop functional modules that are sensitive to specific things like faces, objects, and words,” said Li, who is lead author of the study.

“Our study really emphasized the role of already having brain connections at birth to help develop functional specialization, even for an experience-dependent category like reading.”

The study did find some differences in the VWFA in newborns and adults.

“Our findings suggest that there likely needs to be further refinement in the VWFA as babies mature,” Saygin said.

“Experience with spoken and written language will likely strengthen connections with specific aspects of the language circuit and further differentiate this region’s function from its neighbors as a person gains literacy.”

Saygin’s lab at Ohio State is currently scanning the brains of 3- and 4-year-olds to learn more about what the VWFA does before children learn to read and what visual properties the region is responsive to.

The goal is to learn how the brain becomes a reading brain, she said. Learning more about individual variability may help researchers understand differences in reading behavior and could be useful in the study of dyslexia and other developmental disorders.

“Knowing what this region is doing at this early age will tell us a bit more about how the human brain can develop the ability to read and what may go wrong,” Saygin said. “It is important to track how this region of the brain becomes increasingly specialized.”

The research was supported in part by the Alfred P. Sloan Foundation. Analyses were completed using the Ohio Supercomputer Center.