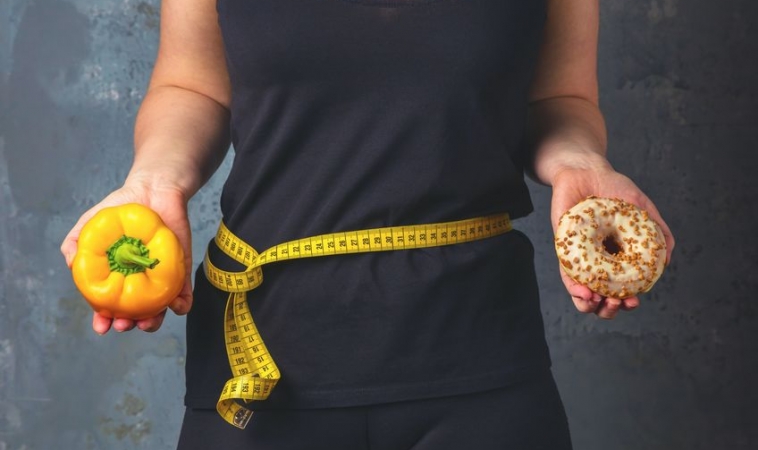 Overweight low-income mothers of young kids ate fewer fast-food meals and high-fat snacks after participating in a study — not because researchers told them what not to eat, but because the lifestyle intervention being evaluated helped lower the moms’ stress, research suggests.

The 16-week program was aimed at preventing weight gain by promoting stress management, healthy eating and physical activity. The methods to get there were simple steps tucked into lessons on time management and prioritizing, many demonstrated in a series of videos featuring mothers like those participating in the study.

“We used the women’s testimonies in the videos and showed their interactions with their families to raise awareness about stressors. After watching the videos, a lot of intervention participants said, ‘This is the first time I’ve realized I am so stressed out’ — because they’ve lived a stressful life,” said Mei-Wei Chang, lead author of the study and associate professor of nursing at The Ohio State University.

“Many of these women are aware of feeling impatient, and having head and neck pain and trouble sleeping — but they don’t know those are signs of stress.”

An analysis of the study data showed that the women’s lowered perceived stress after participating in the intervention was the key factor influencing their eventual decrease in consumption of high-fat and fast foods.

“It’s not that these women didn’t want to eat healthier,” Chang said. “If you don’t know how to manage stress, then when you are so stressed out, why would you care about what you eat?”

The research is published in a recent issue of the journal Nutrients.

The 338 participants, overweight or obese moms between the ages of 18 and 39, were recruited from the Special Supplemental Nutrition Program for Women, Infants, and Children (WIC), which serves low-income mothers and children up to age 5. Those eligible for the program must have an annual household income no higher than 185 percent of the federal poverty line.

Chang said these women are likely to face a number of challenges that could cause them stress: financial difficulties, living in run-down neighborhoods, frequent moves, unstable romantic relationships and households bustling with little kids. It’s also common for this population to retain 10 or more pounds of pregnancy weight after childbirth and risk life-long obesity and potential problems for themselves and new babies if they become pregnant again.

During the trial, the 212 participants randomized into the intervention group watched a total of 10 videos in which women like them gave unscripted testimonials about healthy eating and food preparation, managing their stress and being physically active. Participants also dialed in to 10 peer support group teleconferences over the course of the study.

Chang and colleagues previously reported that as a group, the women in the intervention arm of the study were more likely to have reduced their fat consumption than women in a comparison group who were given print materials about lifestyle change.

This newer analysis showed that the intervention’s lessons alone did not directly affect that change in diet. When the researchers assessed the potential role of stress as a mediator, the indirect effect of the intervention — reducing participants’ perceived stress — was associated with less consumption of high-fat foods, including fast food. A 1-point reduction in the scale measuring stress was linked to a nearly 7% reduction in how frequently the women ate high-fat foods.

The intervention focused on showing the women examples of how they could achieve a healthier and less stressful lifestyle rather than telling them what they had to change.

“I learned a lot from those women,” Chang said. “Everything needs to be practical and applicable to daily life — anytime, anywhere.”

Some examples: Comparing a bag of chips to a bag of apples — the chips might be half the price, but they supply far fewer family snacks. Or using a household responsibility chart to assign tasks to young children, and encouraging moms to reward kids with a hug or individual attention when they follow the instructions. And taking deep breaths to counter the feeling of being overwhelmed.

When it came to stress management, the researchers focused on advising the women to shift their thinking, and not to blame themselves when things go wrong, rather than to take on solving the problems that caused them stress.

“We raised their awareness about stressors in their lives, and unfortunately a lot of these problems are not within their control,” Chang said. “So we teach them ways to control their negative emotions — remember that this is temporary, and you can get through it. And give them confidence to look to the future.”

The videos from the intervention are now part of WIC’s continuing education series for mothers. This work was supported by the National Institutes of Health. Co-authors included Duane Wegener from Ohio State and Roger Brown from the University of Wisconsin-Madison.