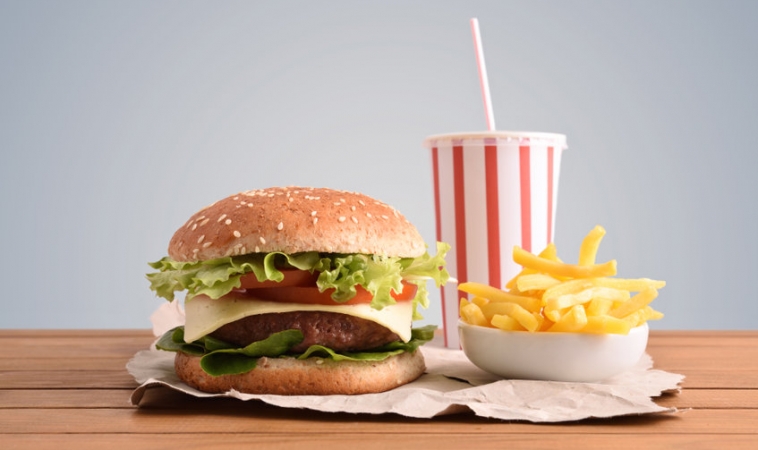 An increasing number of studies suggest a link between a neighborhood-built environment and the likelihood that its residents will develop chronic diseases such as heart disease, type 2 diabetes (T2D) and certain types of cancers. A new nationwide study led by researchers from NYU Grossman School of Medicine published online today in JAMA Network Open suggests that living in neighborhoods with higher availability of fast-food outlets across all regions of the United States is associated with higher subsequent risk of developing type 2 diabetes.

Findings also indicated that the availability of more supermarkets could be protective against developing T2D, particularly in suburban and rural neighborhoods.

The study — notable for its large geographic breadth — uses data from a cohort of more than 4 million veterans living in 98 percent of U.S. census tracts across the country. It counted fast-food restaurants and supermarkets relative to other food outlets, and is the first, according to the researchers, to examine this relationship in four distinct types of neighborhoods (high-density urban, low-density urban, suburban, and rural) at the hyperlocal level nationwide.

“Most studies that examine the built food environment and its relationship to chronic diseases have been much smaller or conducted in localized areas,” said Rania Kanchi, MPH, a researcher in the Department of Population Health at NYU Langone and lead author of the study. “Our study design is national in scope and allowed us to identify the types of communities that people are living in, characterize their food environment, and observe what happens to them over time. The size of our cohort allows for geographic generalizability in a way that other studies do not.”

How the Study was Conducted

The research team used data from the U.S. Veterans Health Administration (the largest single-payer healthcare system in the country) that captures more than 9 million veterans seen at more than 1,200 health facilities around the country. Using this data, the researchers then constructed a national cohort of more than 4 million veterans without diabetes from the VA electronic health records (EHR) between 2008 and 2016. Each veteran’s health status was followed through 2018 or until the individual either developed diabetes, died, or had no appointments for more than two years.

Veterans were followed for a median of five and a half years. During that time, 13.2 percent of the cohort were newly diagnosed with T2D. Males developed T2D more frequently than females (13.6 versus 8.2 percent). Non-Hispanic Black adults had the highest incidence (16.9 percent), compared to non-Hispanic Whites (12.9 percent), non-White Asian and Hispanics (12.8 percent), Native Hawaiian and Pacific Islanders (15 percent), and Native American and Alaskan Indians (14.2 percent).

When stratifying by community types, 14.3 percent of veterans living in high density urban communities developed T2D, while the lowest incidence was among those living in suburban and small-town communities (12.6 percent).

Overall, the team concluded that the effect of the food environment on T2D incidence varied by how urban the community was, but did not vary further by region of the country.

“The more we learn about the relationship between the food environment and chronic diseases like type 2 diabetes, the more policymakers can act by improving the mix of healthy food options sold in restaurants and food outlets, or by creating better zoning laws that promote optimal food options for residents,” said Lorna Thorpe, PhD, MPH, professor in the Department of Population Health at NYU Langone and senior author of the study.

One limitation of the study, according to the authors, is that the study may not be fully generalizable to non-veteran populations, as U.S. veterans tend to be predominantly male and have substantially greater health burdens and financial instability than the civilian population. They are also at greater risk of disability, obesity, and other chronic conditions.

The next phase of the research, say Thorpe and Kanchi, will be to better understand the impacts of the built environment on diabetes risk by subgroups. They plan to examine whether or not the relationships between fast-food restaurants, supermarkets and community types vary by gender, race/ethnicity, and socioeconomic status.

Funding for the study was provided by the Centers for Disease Control and Prevention.