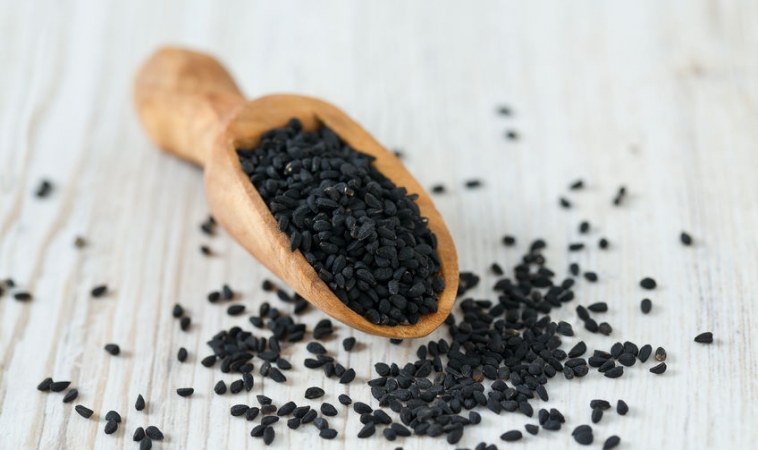 A recent article was published on a study on the positive benefits of using Nigella sativa in Hashimoto’s thyroiditis, along with synthetic thyroid to enhance benefits of treatment.1 Hashimoto’s is an autoimmune condition in which the thyroid is destroyed, this leads to a an increase in TSH, and a decrease in active thyroid hormone. Symptoms include decreased energy, fatigue, weight gain, and skin changes. Most commonly, synthetic thyroid in the form of levothyroxine, is utilized to replace the absent, or extremely low thyroid hormone. Many naturopaths also supplement with cofactors, or herbs which help support the thyroid, to minimize degradation, and maximize output of thyroid hormone by existing organ.

Nigella sativa appears to be of benefit for reducing end organ damage by decreasing inflammation. 40 participants (ages 22-50) with Hashimoto’s thyroiditis – 85% women – were included in the trial. All were treated with levothyroxine for 6 weeks leading up to the study, until the end of the study. Participants were randomized into 2 groups and the test group received 1 gram encapsulated Nigella sativa (seed), and the control group received a placebo made from starch. Dosing was twice daily for 8 weeks.

Results Reflect a Reduction in All Anthropometric Values

At the end of 8 weeks, there was a significant reduction in all anthropometric values in the test group, and none in the placebo group, despite zero changes in diet during the study.

The Nigella group participants also saw a general reduction in TSH and anti-TPO antibodies and an increase in T3 levels. Concentrations of VEGF also decreased.

Even though patients may be on synthetic thyroid replacements, its not uncommon for them to still have difficulty losing weight, or for treatment to have a lesser effect than desired. Nigella sativa seems to show promising results in terms of increasing the effectivity of thyroid replacement therapy, lowering inflammation of the thyroid gland, and helping with positive metabolic changes.