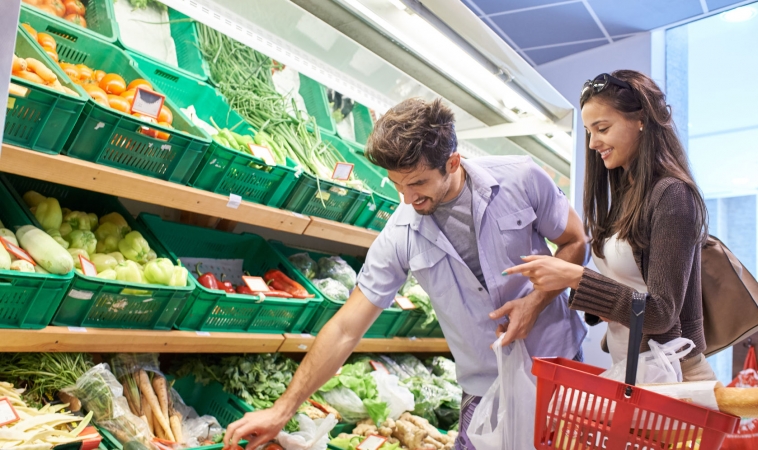 In a wonderful column this week by Tamar Haspel, of theWashington Post, economic barriers to healthy diets were discussed alongside other factors such as “cooking skills,” and interest in nutrition in general. The article in no way denied the economic disparity between healthy and unhealthy diets, however, the reality of this difference is less dramatic than progressive media sometimes would have us believe.

A2013 studyquantifying the difference between the economic groups and diet found that the lowest-income group ate less nutritious diets than the wealthiest. However, comparing the lowest with the next group up, showed their diets to be extremely similar. In fact, it’s not until five times the poverty level that diets significantly improve, and the study shows that the jump isn’t even that big.

This points to other factors, such as knowledge about nutrition, skill level in the kitchen, and general interest being important factors determining the health of our diets. Haspel points out that on average, the cost needed to eat a fairly healthy diet is about $1.50 more per day, but that it is possible to eat healthy meals for under $4.00 per day. But what do you buy at the store, and how do you prepare it? These seem to be the questions keeping millions from eating a healthy diet.

First, if you’re going to eat a healthy diet on a shoestring budget, you have to cook your own food, period. There’s no way around this, the ingredients you’ll use most often are actually fairly cheap, but you need to prepare them yourself.

There are a few stables that are mandatory to keep on hand:

All of these foods are dense in calories, which means that they will help fill you up. They are also very inexpensive, which means that adding vegetables and meat to meals is more cost effective. Burritos with rice and beans are very simple and inexpensive; add some salsa, spinach, and sweet potato and it’s fairly nutritious as well.The crux of the issue is to discontinue purchasing refined, packaged products. It’s affordable eat healthy if you’re only purchasing healthy food. But as soon as the attempt is made to do both, it becomes cost prohibitive.