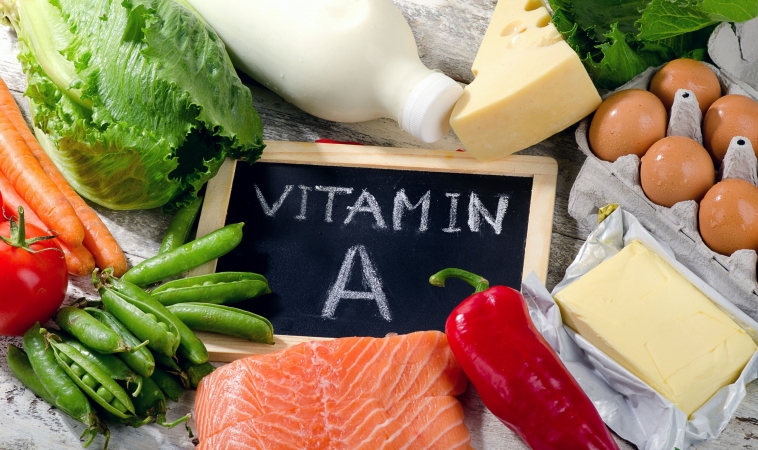 Researchers found that people who ate high levels of vitamin A were 17 percent less likely to get the second-most-common type of skin cancer years later. The findings were published in the Journal of the American Medical Association Dermatology.

People whose diets included high levels of vitamin A had a 17 percent reduction in risk for getting the second-most-common type of skin cancer, as compared to those who ate modest amounts of foods and supplements rich in vitamin A. That’s according to researchers from Brown University, who unearthed that finding after analyzing data from two long-term observational studies.

Cutaneous squamous cell carcinoma is the second-most-common type of skin cancer among people with fair skin. Vitamin A is known to be essential for the healthy growth and maturation of skin cells, but prior studies on its effectiveness in reducing skin cancer risk have been mixed, said Eunyoung Cho, an associate professor of dermatology and epidemiology at Brown.

“Our study provides another reason to eat lots of fruits and vegetables as part of a healthy diet,” said Cho, who is also an associate epidemiologist at Brigham and Women’s Hospital. “Skin cancer, including squamous cell carcinoma, is hard to prevent, but this study suggests that eating a healthy diet rich in vitamin A may be a way to reduce your risk, in addition to wearing sunscreen and reducing sun exposure.”

Between the two studies, some 123,000 participants were white (and thus had significant risk of developing skin cancer), had no prior history of cancer and completed the dietary reports multiple times. Among these individuals included in the team’s subsequent analysis, a total of 3,978 cases of squamous cell carcinoma were reported and verified within the 24- or 26-year follow-up periods.

Both studies also asked the participants about hair color, the number of severe sunburns they had received in their lifetime and any family history of skin cancer, and the researchers adjusted for these and other factors. The studies did not, however, ask participants about their avoidance of mid-day sun, known to be a major risk factor for skin cancer.

Study participants grouped into 5 categories by vitamin A intake levels

The team also found that the majority of vitamin A came from the participants’ diets, particularly from fruits and vegetables, rather than from animal-based foods or vitamin supplements. Plant-based sources of vitamin A include not only sweet potatoes and carrots, but leafy green vegetables and fruits like apricots and cantaloupe. Milk, some types of fish and liver are rich sources of animal-based vitamin A.

Caution: Too much vitamin A

Cho cautioned that too much vitamin A, particularly from supplements and animal sources, can lead to nausea, liver toxicity, increased risk of osteoporosis and hip fracture, and even birth defects. Side effects from high levels of plant-based vitamin A are minimal, she added.

The researchers also found that eating high levels of other plant-based pigments similar to vitamin A — such as lycopene, commonly found in tomatoes and watermelon — was associated with decreased risk of skin cancer.

Analysis based on survey of diet and observation

Because the analysis was based on studies surveying a large number of people about the foods they ate and observing whether or not they got skin cancer, rather than a randomized clinical trial, it cannot establish cause and effect. It’s possible that another factor may have led to the differences — such as the fact that people who consumed more vitamin A also tended to drink less alcohol.

As a next step, Cho would like to conduct a clinical trial to see if vitamin A supplements can prevent squamous cell carcinoma. However, she added, conducting a dietary clinical trial is quite challenging on a technical level, as is ensuring that participants actually stick to the diet.

“If a clinical trial cannot be done, then a large-scale prospective study like this is the best alternative for studying diet,” Cho said.

The research was supported by the National Institutes of Health (grant numbers CA186107, CA87969, CA167552 and CA198216) as well as a research career development award from the Dermatology Foundation.