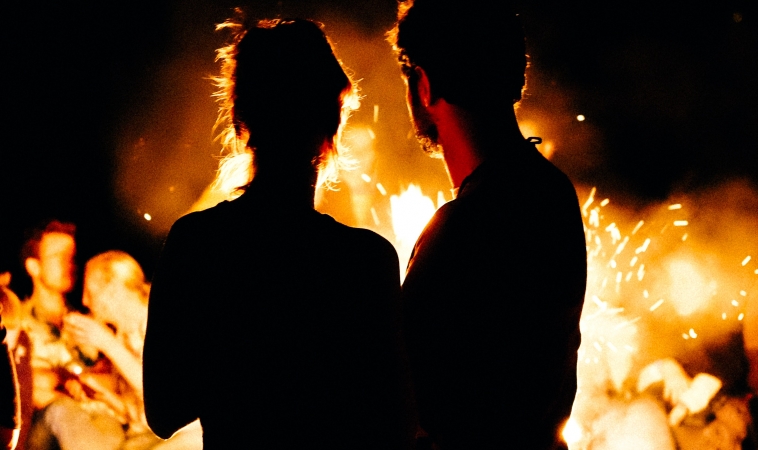 There’s nothing like the feeling of sharing moments of intimacy with someone you feel close, vulnerable and safe with. Someone you can really connect with. While sex as a purely physical act has its health benefits, when coupled with emotional intimacy and trust, there are further benefits of improved relationship satisfaction and longevity. Aside from that post coital glow that feels absolutely amazing, regular sexual intimacy is associated with greater resting heart variability  (a predictor of health and longevity), reduced daily cortisol levels  (decreased stress), lower daily  somatic symptoms  (physical symptoms associated with stress) and a  stronger immune response. Simply put, regular sex is really, really good for you.

Something else regular sex might be beneficial for? Slowing down the aging process.  Research has found that regular sexual intimacy is associated with longer telomere length. Telomeres, first observed by scientists in the 1930s, protect our DNA and were discovered to be directly linked to cellular aging almost 30 years ago.

Telomeres are caps that are found at the end of each strand of DNA. Their function is to protect our chromosomes from deteriorating during cell division. Throughout our lives, our cells are constantly replenishing themselves by replicating themselves. Each time a cell divides, telomere length decreases.

With time, telomeres become too short which makes them stop functioning like they should. This leads to the aging of cells and ultimately, the aging of our appearance.

Time, however, isn’t the only thing that can shorten telomere length. Telomeres can also be shortened by poor diet, stress, smoking, lack of exercise, and obesity.

Shorter telomere length has also been associated with childhood trauma. The rate of telomere shortening is fastest in infancy and early childhood, and it’s believed the regulation of telomere may be programmed in early childhood development. Physical, sexual, emotional, and mental abuse, as well as physical and emotional neglect are all believed to be precursors to stress which leads to cellular aging. Those who experience psychological stress have higher levels of oxidative stress which has shown to shorten telomere length  in vitro.

Shorter telomere length is directly linked  to premature aging, as well as the onset of age-related diseases. While telomere length naturally shortens as people age, lifestyle habits (an unhealthy diet, lack of exercise, obesity, smoking) can increase the rate in which telomeres shorten. Studies have shown that people with shorter telomere lengths are at a higher risk for developing several different types of cancer  and  premature heart disease.

The shortening of telomere length is a huge aspect of aging on a cellular level, with the length of telomeres representative of a person’s biological age rather than their chronological age. Have you ever been taken completely off guard when someone tells you that they’re actually 10 years older than you thought they were? This is because their biological age is much different than their chronological age. These are often the people with the poor lifestyle habits that are known to lead to shorter telomeres.

In March 2017, scientists in California published a preliminary study  that found women who are having sex at least once a week with their partner have considerably longer telomere lengths.

According to the study’s lead researcher, Tomas Cabeza de Baca of the University of California San Francisco, “Past research has found that high quality, satisfactory relationships and sexual intimacy are good for physical and mental health. Based on this body of research, we wanted to explore whether there was a health-enhancing relationship between sexual intimacy, telomere length, a biological index of systemic aging and health, and telomerase, an enzyme produced by cells to lengthen telomeres. We also examined whether there was an association between relationship satisfaction, positive/negative partner interactions and our two measures of health (telomere length and telomerase activity).”

According to Baca, “Women who reported being sexually active during the week had significantly longer telomere length across whole blood and PBMC than women who were not sexually active.”

Although the study was simply observational, researchers are hopeful that further investigation of telomere length and sexual intimacy will determine once and for all if having regular sex can keep you looking young.

Longer Telomeres: A Drop in the Fountain of Youth

Though the research is clear that regular sexual intimacy protects health and may increase longevity, there are times in our lives where we might not be sexually active either by choice or because of illness or disability. If you’re not having regular sex, the following are all ways to naturally increase telomere length, so you too can harness that youthful glow:

Love truly is medicine. Even making love is scientifically proven to improve our health both mentally and physically. For more ways to look and feel your best, reduce stress, and staying “forever young”, please join me on my Facebook page,  Love is Medicine, where we discuss topics like this (and much, much more) each and every day. The more we know after all, the better we can ultimately feel.