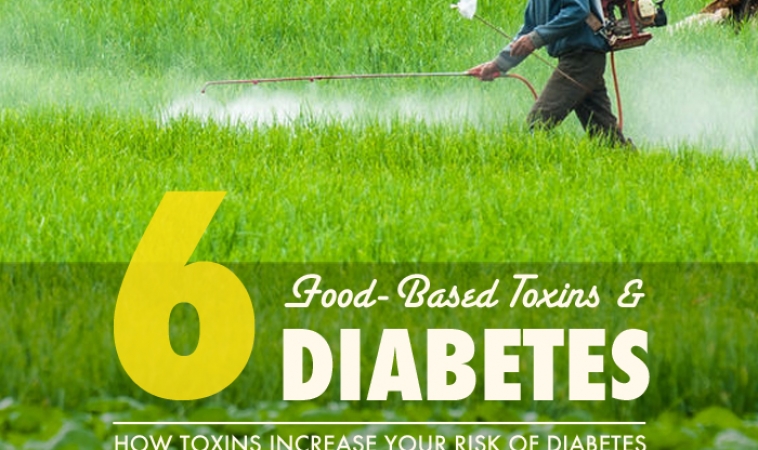 Toxins are chemicals in the environment that are harmful to our health. Most of the time, we can’t see or smell or taste them, but they’re very real and we’re exposed to them every day. So far, research studies have identified six different toxins we ingest through food and water that are associated with an increased risk of diabetes, even in small doses that are well below acceptable levels set by the Environmental Protection Agency. They include:

These chemicals promote the development of diabetes through several different mechanisms. They damage mitochondria7 and cells,8 they disrupt hormones in the body,9 and they can turn genes on and off.10 While chemicals cannot change the sequence of our genetic code, they can interact with attachments on genes that activate and inactivate them, triggering epigenetic changes that alter the expression of our genes and the way our bodies work.11 These mechanisms are an important part of scientific research, but what matters most in our everyday lives is identifying the toxins so we can better avoid them.

Pesticides are chemicals used to control or eliminate pests and they come in many forms. Herbicides kill weeds, insecticides kill insects, rodenticides kill rodents, and fungicides kill fungus, mildew, and mold. In the United States, more than five billion pounds of pesticides are applied to our crops every year.12 They soak into the soil where they’re taken up into plants through their root systems and distributed throughout, so we can’t just wash them off. Pesticides also make their way into our bodies when we feed pesticide-laden foods to the animals we eat. They don’t break down easily so they persist in the environment, accumulating in the water we drink and the fish and seafood we eat. 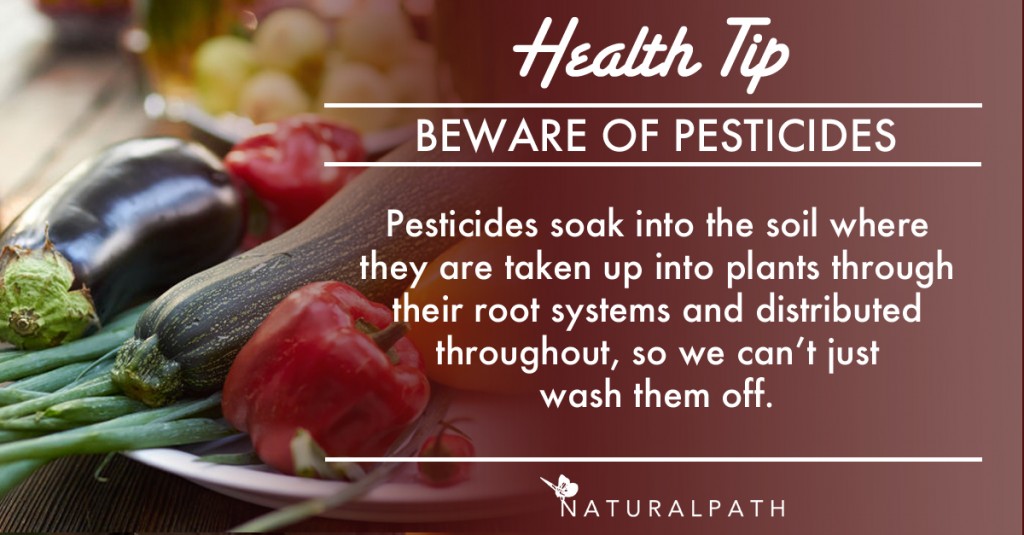 Bisphenol A, also known as BPA, is a chemical used to make the epoxy linings inside food and beverage cans. It’s also used to make polycarbonate, a hard, clear plastic, and polystyrene, found in Styrofoam products. BPA leaches from these materials into foods and beverages we consume, especially when the containers are heated or the contents are hot. Because BPA is fat soluble, it’s more likely to leach into foods and drinks that contain fats and oils. It can be found in plastic wrap, pizza boxes, egg cartons, disposable cups, takeout containers, coolers, water bottles, baby bottles, dental fillings, plastic water pipes, and other plastic products. When these items are discarded, BPA escapes from landfills and enters waterways, contaminating drinking water, fish, and seafood. In the year 2000, researchers detected BPA in more than 40 percent of the 139 streams they sampled in thirty states across the United States.13 The Centers for Disease Control found BPA in every single sample from the 2,500 people studied in its most recent National Health and Nutrition Examination Survey.14 Fortunately, BPA doesn’t accumulate inside our bodies the way that other toxins do, and studies show that diet can have dramatic effects. As part of a joint study done by Silent Spring Institute and the Breast Cancer Fund, researchers replaced canned, packaged, and prepared foods with fresh foods for five families for three days and tested levels of BPA metabolites in their urine for eight days. This diet change alone caused BPA levels to drop by 66 percent on average and up to 76 percent.15

Phthalates are chemicals in plastics that make them flexible. In our diet, we’re exposed to them primarily through foods and drinks contained in plastic and epoxy-lined cans. Because phthalates aren’t tightly bound to plastic polymers, they are highly susceptible to leaching. They’re found in food and beverage cans, plastic food and beverage containers, plastic storage containers, plastic wrap, and certain medications. They can also be found in adhesives, shower curtains, tablecloths, medical devices, plastic toys, vinyl flooring, paint, industrial solvents, automotive products, and personal products. Phthalates in cosmetics, nail polish, perfume, and anything with a fragrance are easily absorbed through the skin. Like BPA, phthalates were found in every single person studied as part of the National Health and Nutrition Examination Survey. Also like BPA, phthalates don’t accumulate in the body. The same study that replaced canned and packaged foods with fresh foods also found great reductions in levels of urinary phthalate metabolites: 56 percent on average and up to 96 percent.15

Dioxins include polychlorinated biphenyls (PCBs), polychlorinated dibenzofurans (PCDFs), and polychlorinated dibenzodioxins (PCDDs). They’re produced by volcanoes, forest fires, and chemical and manufacturing plants that use chlorine (like those making bleached paper products). They’re also produced when plastics are burned. Once these chemicals are released into the environment, they make their way into soils and waterways and accumulate in our food. More than 90 percent of human exposure to dioxins comes from what we eat, according to the World Health Organization.16 The greatest source for most people is contaminated fish and seafood, and the highest concentrations are found in predators at the top of the food chain like tuna, swordfish, marlin, and shark.

Perfluorinated chemicals, also known as PFCs, make materials stain resistant and stick resistant. Several PFCs exist but the two most common are perfluorooctanoic acid (PFOA) and perfluorooctane sulfonate (PFOS). They leach into our food from nonstick cookware and from food packaging like pizza boxes, microwave popcorn bags, and fast food containers. PFCs have “thousands of important manufacturing and industrial applications,” according to the EPA, and they’re also found in fabric, furniture, carpet, clothing, cleaning products, and personal-care products.17

We’ll never be able to escape environmental toxins completely, but knowing where they hide is an important first step in reducing our exposure. Once we can identify them, there are several ways to minimize our contact with harmful chemicals. You can get started with the ten strategies I discuss in my article, “10 Ways to Detox Your Home” 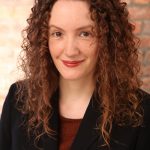