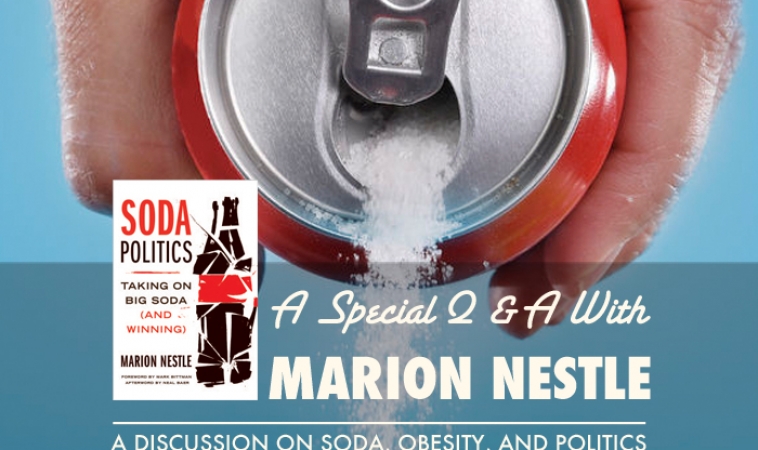 A discussion with Dr. Nestle on soda, obesity, and the politics surrounding these issues.

How and when did soda become such a popular product in the United States? 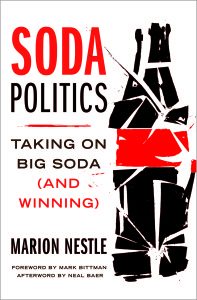 Sodas were invented at the end of the 19th century, were sold at drug stores, and soda fountains became part of American culture. People love sweet drinks.  These were cheap and an easy sell.  The second world war gave a big boost to sales.  Coca-Cola promised to supply drinks for 5 cents to GIs everywhere they were deployed, and did.  By the end of the war, Coke and Pepsi were firmly established as worldwide symbols of American democracy.  The next big increase in sales came in the 1980s and 1990s with greater distribution, marketing, and portion size.  Much of the U.S. marketing was aimed at children and members of minority groups.  Since the late 1990s, sales of sodas have been going down in response to concerns about sugars and obesity.

What are some of the long-term effects of soda on health?

An occasional soda is nothing to worry about.  It’s regular consumption that raises risks to a host of problems, starting with tooth decay.  People who habitually drink sodas tend to weigh more than people who don’t, and obesity raises the risks of type 2 diabetes, heart disease, and other chronic problems.  Much of this research is correlational.  That’s why I’m being so careful to talk about risk, not causation.  It could be that soda drinkers eat more of the wrong kinds of foods in general.  But some research suggests that sodas are related to type 2 diabetes independent of what else is consumed.  Sodas are sugars dissolved in water—a lot of sugars.  That much sugar getting into the body so quickly could well be difficult to metabolize easily.

Here again, it’s hard to blame sodas for skyrocketing health care costs and the correlations tend to be indirect.  I have no idea what the cost of obesity is to society because the estimates vary so widely—from $200 billion to $800 billion a year for Americans, in medical costs and lost productivity.  Since sodas are related to obesity, they contribute to this burden on society.

In your book you discuss how soda companies have been dishonest about the effects of soda in their marketing campaigns. What is being done to in response to this? 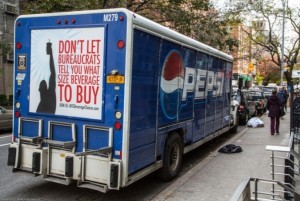 Health advocates have been working diligently to educate the public about the health hazards of sugary drinks.  I can’t count the number of reports that have come my way about how soda companies market to children and minorities, push their products in schools, advertise online where parents won’t notice, engage in philanthropy with community groups, fund research to exonerate sodas from harm, pay scientists to speak on their behalf, spend a fortune fighting soda taxes and caps, and lobby behind the scenes to make sure that no federal agency does anything that might restrict soda sales.

Why does the soda industry specifically targets children in their marketing?

What better way to make sure you have lifetime customers who want your brand.  Soda companies have pledged not to market directly to children under the age of 12, but it’s hard to stop kids under that age from watching TV programs aimed at older kids or adults.  Soda companies use celebrity music and sports figures to attract young customers. 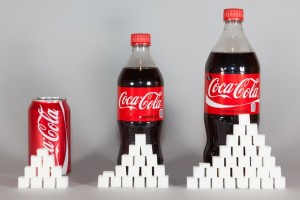 How do you respond to critics of anti-soda legislation, such as the Sugary Drinks Portion Cap Rule?

The criticisms tend to be about nanny-state government interference in personal choice and the regressive nature of soda taxes and caps.  But the government is already deeply involved in food choice through agricultural and tax policies.  The government subsidizes some foods, but not others, and soda companies can deduct marketing expenses from their taxes.  Taxes may be regressive, but so are the higher rates of obesity-related diseases in low-income and minority populations.

Can people become addicted to soda? How can they break their addiction?

I know many people who believe they are addicted to sodas.  We can argue about whether they mean something similar to addiction to cigarettes or heroin, for example, but they feel addicted and that’s what matters.  Understanding the harm caused by regular consumption of sugary drinks is a first step.  After that, they need to figure how why they like the drinks so much and how best to wean themselves off of them.  Are there 12-step programs for soda drinkers?  There probably are.

In your book you discuss how soda consumption has declined in recent years. What are some factors that led to this? Will this trend continue?

Soda sales are way down—by 20% or more.  Soda companies started worrying about obesity in the early 2000s.  Since then, they’ve listed obesity as the number one threat to profits in their annual filings with the Securities and Exchange Commission.  They blame health advocacy— and I’m not going to disagree with them.  I don’t see any signs of reversal.  As more research comes out, the more it looks like the less soda the better.  Soda companies faced with this problem act just like cigarette companies.  They move their marketing overseas.  Coke and Pepsi have pledged to put billions into marketing in China, India, and Africa in the next few years.

There are “healthy” soda alternatives on the market such as drinks sweetened with stevia. Are these actually healthy or are they just as bad as any other soda?

It depends on what you mean by “bad.”  Diet drinks don’t have much sugar or calories, but there is hardly any evidence that they help people lose or maintain weight.  I don’t have a good answer to why this is.  It may be that diet drinks make people want to eat more, or that it’s just so easy to compensate for the calories saved.  The story on sodas has one moral: drink water. 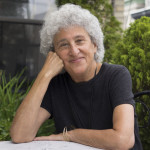 Dr. Marion Nestle is Paulette Goddard Professor in the Department of Nutrition, Food Studies, and Public Health and Professor of Sociology at New York University. Her degrees include a PhD in molecular biology and an MPH in public health nutrition, both from the University of California, Berkeley. Her research focuses on how science and society influence dietary advice and practice. Dr. Nestle is the author of many books on food politics and health, including the critically acclaimed Food Politics. Her new book, Soda Politics: Taking on Big Soda (And Winning), will be available on October 1.