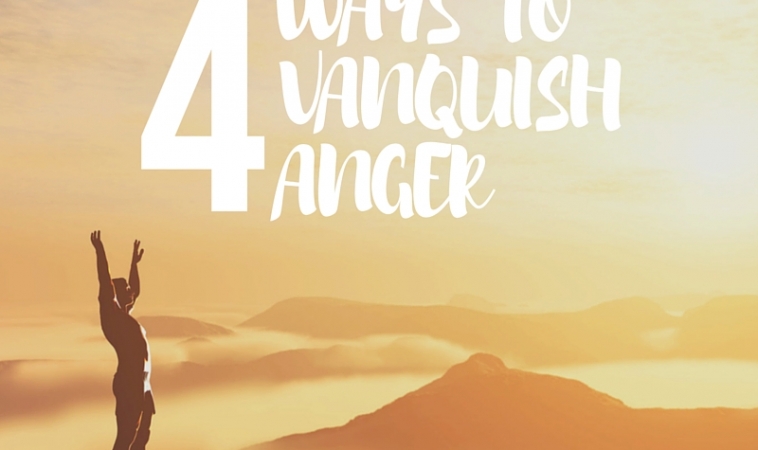 Your thoughts generate your anger. Release negative thoughts and your anger will dissipate. This idea isn’t news to most of you reading this.

Why do we get angry?

As I’ve pointed out before, the only reason you get angry is because you have expectations of approval or control. You want someone else to approve of your actions … or you want to control their actions or reactions. When that doesn’t happen, you get angry.

Or as my friend Michael Misita once told me: “One day I noticed that every time I got angry it was because I wasn’t getting what I wanted.”

“The Course In Miracles” advise that anger is fear-based and you should never express it toward others, because in so doing you’re unable to see clearly your interconnectedness with others.

Saint Augustine said, “It is better to deny entrance to just and reasonable anger than to admit it, no matter how small it is. Once let in, it is driven out again only with difficulty. It comes in as a little twig and in less than no time it grows big and becomes a beam.”

Okay. But if you follow this saintly advice, what about the resulting repression? Repressed emotions fester within and always end up surfacing in some undesirable way such as ulcers, depression or misdirected antagonism. Long-term repression can cause cancer.

So what can you do to deprogram anger?

Second, I’d suggest mind programming (you already knew I’d suggest that). Master of Life or Zen suggestions in the form of hypnosis or sleep programming is highly effective. I have new Zapper programs that are currently most popular.

Some people have greatly reduced their anger levels with a mantra such as. “From now on, I choose to respond to negativity with tranquility.” Say it over and over and over to yourself throughout the day — ideally, hundreds of times a day. Then when you encounter an anger-inducing situation, the programming will click in. Chances are, a firmly stated reaction will be more powerful than an angry response , which will always generate resentment in the other person.

Running is a Tibetan cure for anger. If you’re in an office, rush up and down the stairs. If you’re at home, run around the house or around the block. Exertion requires more oxygen. When your breathing changes, your thought patterns also change.

And if you can’t run, do some deep breathing. Take a deep breath and hold it as long as you comfortably can, then let it out slowly through slightly parted teeth (this allows you to retain the moisture in your mouth), and when the breath is all the way out, contract your stomach muscles and push it further out and further out. Then repeat the process. A few minutes of this breathing is extremely relaxing and will defeat immediate anger. 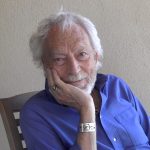 Dick began the Valley of the Sun Publishing Company in Scottsdale, Arizona in 1971 and was founder and former director of a hypnosis center of Scottsdale. Dick has created more than 900 hypnosis, meditation and regressive hypnosis audio and video programs and authored 23 Metaphysical books.

Dick’s first best-selling book was in 1976, “You Were Born Again To Be Together,” Simon and Schuster Pocketbooks. While out on tour for his book, Dick was the first to hypnotize a member of the audience on national television on the David Susskind’s Show, Tom Snyder’s Tomorrow Show, and Good Morning America.

Dick has created and conducted Master of Life, Bushido, and other Psychic and Reincarnation Seminars worldwide and developed innovative group hypnosis exploration techniques that are now being used internationally. Over 200,000 people have attended one of Dick’s seminars. As a Professional Hypnotherapist, he is well-known for his hypnotist trainings and has received numerous awards.

Dick resides in Sedona, Arizona with his wife, Roberta and their Lhasa Apso puppies. You may reach him through his website at dicksutphen.com or email him at info@dicksutphen.com.

Article reposted from www.dicksutphen.org with permission.