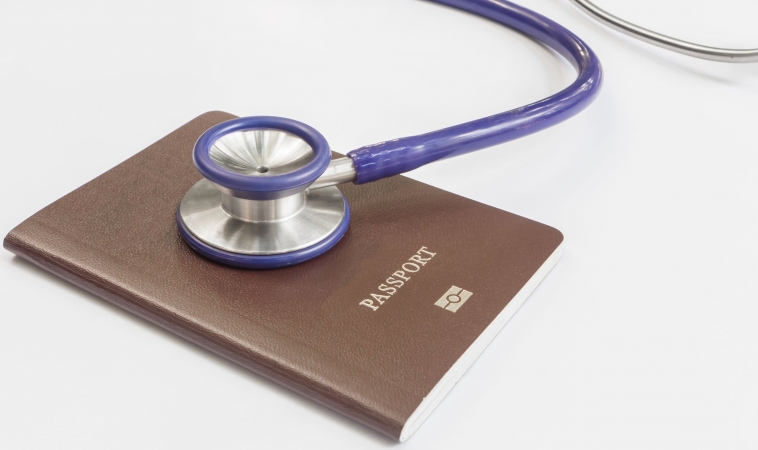 In its effort to temper the sky-high prices Americans pay for many vital medications, the Trump administration last month unveiled a plan that would legalize the importation of selected prescription drugs from countries where they sell for far less. But the plan addresses imports only at the wholesale level; it is silent about the transactions by millions of Americans who already buy their medications outside the United States.

Americans routinely skirt federal law by crossing into Canada and Mexico or tapping online pharmacies abroad to buy prescription medications at a fraction of the price they would pay at home. In most cases, they do it out of desperation. It’s the only way they can afford the drugs they need to stay healthy — or alive. And they do it despite warnings from the Food and Drug Administration, echoed by the pharmaceutical industry, about the risk of contaminated or counterfeit products.

Millions of people get their medications this way

“The reality is that literally millions of people get their medications this way each year, and they are either saving a lot of money or they are getting a drug they wouldn’t have been able to get because prices are too high here,” says Gabriel Levitt, president of PharmacyChecker.com, an online company that allows people to compare prescription drug prices among international and U.S. pharmacies.

For people with diabetes

For people with diabetes, the inability to pay U.S. prices for insulin can be a matter of life and death, which is why so many families look to Canada or Mexico to meet their needs.

Robin Cressman, who was diagnosed with Type 1 diabetes in 2012 and has become a vocal advocate for lower drug prices, says that even with insurance she was paying $7,000 a year out-of-pocket for the two insulin drugs she needs: Lantus and Humalog. At one point, her credit card debt hit $30,000, says Cressman, 34, of Thousand Oaks, Calif.

Americans are being extorted by the U.S. when it comes to life and death meds like insulin

While on an outing in Tijuana, Mexico, last year, she popped into a few pharmacies to see if they stocked her medications. With little fanfare, she says, she was able to buy both drugs over the counter for less than 10% of what they cost her north of the border.

“I left Tijuana that day absolutely trembling because I could not believe how easy it was for me to get my insulin,” she says, “but also how little money it cost and how badly I was being extorted in the U.S.”

Planning to cross the border for your medications? Here are two things you should know

If you are planning to cross the border for your medications, or get them through an online pharmacy abroad, here are two things you should know.

First: It is technically illegal.

Second: It is unlikely you will be prosecuted.

Despite the official prohibition, FDA guidelines allow federal agents to refrain from enforcement “when the quantity and purpose are clearly for personal use, and the product does not present an unreasonable risk to the user.”

What does personal use mean?

Personal use generally means no more than a 90-day supply. You should think twice before bringing in quantities larger than that, because if authorities suspect you have commercial intentions, you could land in legal jeopardy — and lose the drugs.

People familiar with the practice report the following tips

People familiar with the practice say you generally can pass through customs without much hassle if you have no more than three months’ worth of a medication, you declare it to customs agents and you show them a doctor’s prescription or a personal note attesting it is for personal use, along with contact information for your physician.

Even in the worst-case scenario, an unsympathetic agent might confiscate the drugs — but not arrest you.

Ordering drugs online from foreign pharmacies also tends to go largely unchallenged. Legally, the FDA can refuse entry of the package at an international mail facility. “That does happen from time to time,” but not often, says Levitt.

It is more common for shipments that do get through to be detained for several days pending FDA inspection. So, if you need to take your medication every day, be sure to build in a sufficient margin for potential delays.

A far bigger risk if you’re shopping abroad for medications is that you might not get what you paid for — and it might not be safe. “There’s a lot of junk in the pharmaceutical world,” says Dr. Ken Croen, a primary care physician at the Scarsdale Medical Group in Westchester County, N.Y., who advises many of his patients on how to buy drugs safely in Canada.

And there are plenty of rogue operators, especially in the world of online pharmacies. You will need to do a little vetting.

Before doing business with an online pharmacy, confirm it is licensed in its country of origin and that the country has strong pharmacy regulations, says Dr. Aaron S. Kesselheim, a professor of medicine at Brigham & Women’s Hospital and Harvard Medical School. (Read below for websites that can help with that.)

Countries with well-regulated pharmacies include Canada, New Zealand, Australia, much of Western Europe and Turkey.

Also, check to make sure the pharmacy posts an address and phone number on its website. Experts advise against using online pharmacies that don’t require a doctor’s prescription: They are more likely to cut other corners, as well.

A couple of websites do the vetting for you, using these and other criteria

The Canadian International Pharmacy Association runs a site (cipa.com) that allows you to compare drug prices among dozens of pharmacies whose legitimacy it has certified. Its customers “tend to be people who live in the U.S., are on fixed income or low income and can’t afford the medications where they live,” says Tim Smith, the association’s general manager.

To buy through one of CIPA’s certified pharmacies, you must have a valid prescription and submit a medical profile to help guard against adverse drug interactions. The site also maintains a list of “rogue” online pharmacies.

PharmacyChecker.com offers a similar service, linking customers to a broader range of online pharmacies abroad and in the U.S.

Levitt, its president, notes that while importing drugs from overseas is a “critical lifeline” for many people, it is still possible to buy many medications affordably in the U.S. He and others suggest you take the time to comparison shop in the U.S. because prices can vary significantly from pharmacy to pharmacy.

Levitt also recommends asking your doctor if there is a viable therapeutic alternative or a lower-cost generic drug. Recent research from PharmacyChecker shows that 88% of the most commonly prescribed generic drugs can be purchased more cheaply in the U.S. than from Canadian pharmacies.

“Many times, there is no reason to go international,” Levitt says. “The drug will actually be cheaper here.”