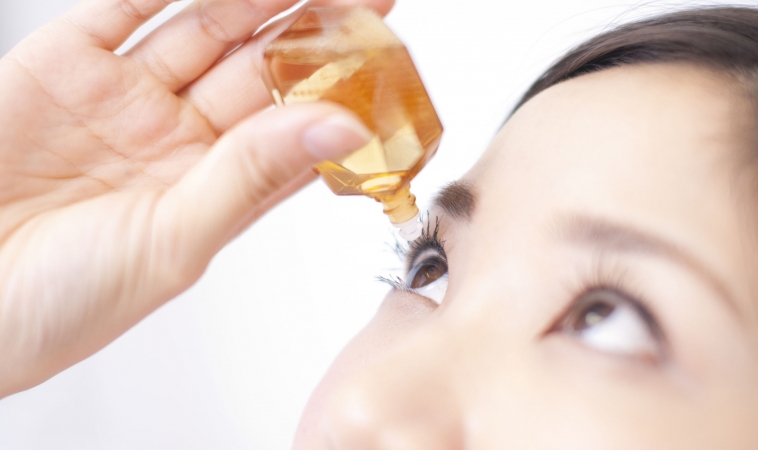 A team of researchers are in the process of developing an eye drop that contains a constituent from turmeric, curcumin, to be used for the treatment of glaucoma.1 The drops would be useful in the early stages of the eye disease to lower inflammation. The research is being led by UCL and Imperial College London.

The researchers have developed a novel way to deliver curcumin directly to the eye using drops, which solves the problem of curcumin’s poor solubility/bioavailability. Preliminary studies on rats have shown that the drops reduce the loss or retinal cells, which is considered an early sign of glaucoma.

Glaucoma is a collection of eye pathologies that affect around 60 million people around the world. Blindness is common, occurring in roughly 10% of cases. Glaucoma occurs as the retina loses ganglion cells, which are actually a type of neuron. The major goal of glaucoma research is how to stop the loss of these cells early in the disease process.

Curcumin has previously been shown to protect these retinal ganglion cells when given orally, but it is generally known that oral administration of curcumin is problematic due to its poor solubility. The poor solubility makes it so it does not get absorbed very well, and incredibly large doses are often needed to notice effects.

Eye drops use a nanocarrier

The eye drops solve this problem by using a nanocarrier, which contains the curcumin within a surfactant along with a stabilizer. Both of these agents are safe and currently used in eye products already. With the nanocarrier, the dose of curcumin that is able to be delivered to the eye is increased dramatically – the solubility is increased by a factor of about 40,000. It also allows for localized administration to the eye rather than the whole body.

The drops were used in a rat model of glaucoma, and showed that after 3 weeks of twice-daily treatment, retinal cells were significantly spared compared to matched controls. The treatment was well tolerated.

Drops not only being considered for glaucoma

The drops are not only being considered for glaucoma. The researchers are looking into ways that the eye drops may be used as a diagnostic tool as well as other neurological conditions.

“Curcumin is an exciting compound that has shown promise at detecting and treating the neurodegeneration implicated in numerous eye and brain conditions from glaucoma to Alzheimer’s disease, so being able to administer it easily in eye drops may end up helping millions of people,” said the study’s lead author, Professor Francesca Cordeiro (UCL Institute of Ophthalmology, Western Eye Hospital and Imperial College London).