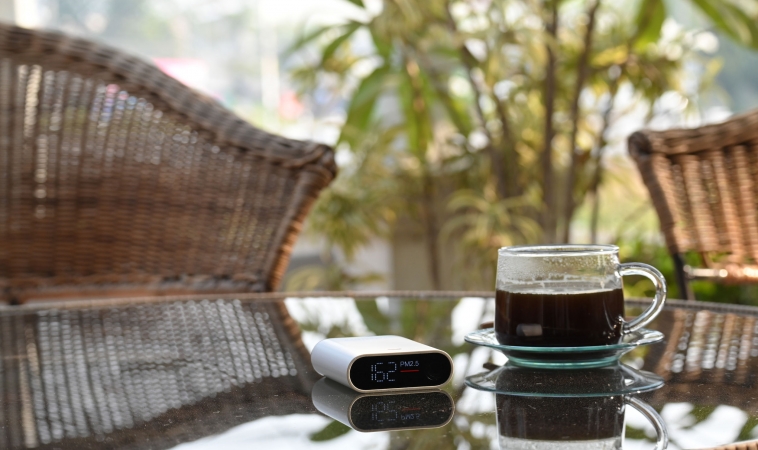 Levels of two major air pollutants have been drastically reduced since lockdowns began in response to the COVID-19 pandemic, but a secondary pollutant — ground-level ozone — has increased in China, according to new research.

Nitrogen dioxide pollution over northern China, Western Europe and the U.S. decreased by as much as 60% in early 2020

Two new studies in AGU’s journal Geophysical Research Letters find nitrogen dioxide pollution over northern China, Western Europe and the U.S. decreased by as much as 60 percent in early 2020 as compared to the same time last year. Nitrogen dioxide is a highly reactive gas produced during combustion that has many harmful effects on the lungs. The gas typically enters the atmosphere through emissions from vehicles, power plants and industrial activities.

In addition to nitrogen dioxide, one of the new studies finds particulate matter pollution (particles smaller than 2.5 microns) has decreased by 35 percent in northern China. Particulate matter is composed of solid particles and liquid droplets that are small enough to penetrate deep into the lungs and cause damage.

The two new papers are part of an ongoing special collection of research in AGU journals related to the current pandemic.

Such a significant drop in emissions is unprecedented since air quality monitoring from satellites began in the 1990s, said Jenny Stavrakou, an atmospheric scientist at the Royal Belgian Institute for Space Aeronomy in Brussels and co-author of one of the papers. The only other comparable events are short-term reductions in China’s emissions due to strict regulations during events like the 2008 Beijing Olympics.

The improvements in air quality will likely be temporary, but the findings give scientists a glimpse into what air quality could be like in the future as emissions regulations become more stringent, according to the researchers.

“Maybe this unintended experiment could be used to understand better the emission regulations,” Stavrakou said. “It is some positive news among a very tragic situation.”

However, the drop in nitrogen dioxide pollution has caused an increase in surface ozone levels in China, according to one of the new studies. Ozone is a secondary pollutant formed when sunlight and high temperature catalyze chemical reactions in the lower atmosphere. Ozone is harmful to humans at ground-level, causing pulmonary and heart disease.

In highly polluted areas, particularly in winter, surface ozone can be destroyed by nitrogen oxides, so ozone levels can increase when nitrogen dioxide pollution goes down. As a result, although air quality has largely improved in many regions, surface ozone can still be a problem, according to Guy Brasseur, an atmospheric scientist at the Max Planck Institute for Meteorology in Hamburg, Germany, and lead author of one of the new studies.

“It means that by just reducing the [nitrogen dioxide] and the particles, you won’t solve the ozone problem,” Brasseur said.

Stavrakou and her colleagues used satellite measurements of air quality to estimate the changes in nitrogen dioxide pollution over the major epicenters of the outbreak: China, South Korea, Italy, Spain, France, Germany, Iran and the United States.

They found that nitrogen dioxide pollution decreased by an average of 40 percent over Chinese cities and by 20 to 38 percent over Western Europe and the United States during the 2020 lockdown, as compared to the same time in 2019.

However, the study found nitrogen dioxide pollution did not decrease over Iran, one of the earliest and hardest-hit countries. The authors suspect this is because complete lockdowns weren’t in place until late March and before that, stay-at-home orders were largely ignored. The authors did see a dip in emissions during the Iranian New Year holiday after March 20, but this dip is observed during the celebration every year.

The second study looked at air quality changes in northern China where the virus was first reported and where lockdowns have been most strict.

However, they found the average surface ozone concentration increased by a factor of 1.5-2 over the same time period. At ground level, ozone forms from complex reactions involving nitrogen dioxide and volatile organic compounds (VOCs), gases emitted by a variety of household and industrial products, but ozone levels can also be affected by weather conditions and other factors.