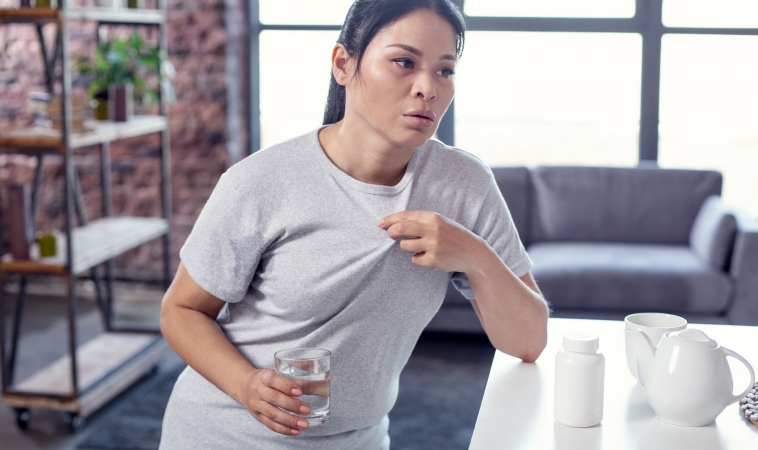 A new study has suggested that high density lipoprotein (HDL), the “good cholesterol,” may not represent the same cardiovascular risk for post-menopausal women.1 The body needs cholesterol. All cellular membranes and hormones are made from this vital element. It is transported throughout the body by lipoproteins – this allows the hydrophobic cholesterol to be protected by hydrophilic phospholipids.

There are two basic forms of these lipoproteins – high density and low density. Low density is comprised mainly of cholesterol and is the form that is thought to contribute to arterial plaque.

HDL is considered to be cardioprotective

One of its roles is to bind cholesterol within the blood and carry it back to the liver to be broken down. A higher level of HDL compared to LDL (low density lipoprotein) is generally considered to be an indicator of lowered cardiovascular risk.

But in this latest research study, cardiovascular risks along with various HDL measurements were analyzed relative to menopausal status in 1,138 women. The women had been followed since 1999. The findings of the study suggest that the cardioprotective mechanisms of HDL may be altered by post-menopausal factors.

Findings of the study

The findings of the study showed that HDL levels were actually associated with an increased, not a decreased, atherosclerosis risk in postmenopausal women. This is concerning in that HDL levels, which are generally considered to be an indicator of heart health, could be masking heart disease in this population.

The increased risk associated with high HDL was most significant in women who had reached menopause at a later age, and who had been postmenopausal for 10 years or more.

Particle size of the HDL-cholesterol matters

The particle size of the HDL-cholesterol did matter. Larger particle size was associated with increased cardiovascular disease risk, while the presence of smaller particle sized HDL was still seen to be beneficial in postmenopausal women.

Razi Berry is the founder and publisher of  the journal Naturopathic Doctor News & Review  that has been in print since 2005 and the premier consumer-faced website of naturopathic medicine, NaturalPath.  She is the host of The Natural Cancer Prevention Summit and The Heart Revolution-Heal, Empower and Follow Your Heart, and the popular 10 week Sugar Free Summer program. From a near death experience as a young girl that healed her failing heart, to later overcoming infertility and Chronic Fatigue Syndrome and Fibromyalgia though naturopathic medicine, Razi has lived the mind/body healing paradigm. Her projects uniquely capture the tradition and philosophy of naturopathy: The healing power of nature, the vital life force in every living thing and the undeniable role that science and mind/body medicine have in creating health and overcoming dis-ease. Follow Razi on Facebook at Razi Berry and join us at  Love is Medicine  to explore the convergence of love and health.