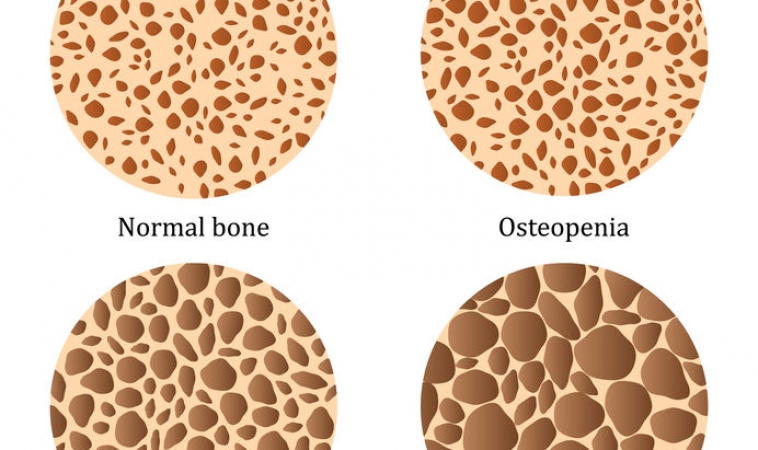 Thin and brittle bones are strongly linked to women’s heart disease risk, with thinning of the lower (lumbar) spine, top of the thigh bone (femoral neck), and hip especially predictive of a heightened heart attack and stroke risk, suggests research in the journal Heart.

Osteoporosis, often dubbed brittle bone disease, is common, particularly among women after the menopause. It is characterized by thinning and weakened bones and a heightened fracture risk.

Previously published research indicated that people with osteoporosis often have atherosclerosis (artery hardening and narrowing), suggesting that both conditions may be linked.

The risk of a cardiovascular death is higher in women (21%) than it is in men (15%), and the predictive risk framework for heart disease is skewed towards men, so factors that better identify women at higher risk of a heart attack or stroke are needed, say the researchers.

Millions of women are screened for osteoporosis using a DXA scan, so this assessment might provide an ideal opportunity to identify any potential associations between thinning bones and atherosclerosis, and those women most at risk of heart disease, without incurring any additional costs or further exposure to radiation, they add.

To test this out, the researchers reviewed the medical records of 50-80 year old women who had had a DXA scan to check for osteoporosis at Seoul National University Bundang Hospital between 2005 and 2014.

After excluding those who already had heart disease and other serious illness at the time of the scan, the final analysis included 12,681 women whose health was tracked for an average of 9 years, using national registry data.

Thinning/weakened bones, expressed as a low bone mineral density score at the lumbar spine, femoral neck, and hip, were independently associated with a heightened (16% to 38%) risk of heart attack or stroke after taking account of potentially influential factors, such as age, high blood pressure, high cholesterol, smoking, and a previous bone break.

And a formal diagnosis of osteoporosis was also independently associated with a 79% higher risk of cardiovascular disease.

It’s not clear exactly how osteoporosis and atherosclerosis might be linked, but long-term inflammation and cumulative oxidative stress have key roles in both age-related bone loss and atherosclerosis, while sex hormones, particularly estrogen, help regulate bone turnover and the vascular system, explain the researchers.

This is an observational study, and as such can’t establish cause, only correlation. And the researchers acknowledge several limitations to their findings: the study included women from one medical center in South Korea so the results might not be more widely applicable.

And they weren’t able to gather potentially important information on physical activity levels or steroid use, both of which affect bone mineral density and cardiovascular disease risk.

Nevertheless, they conclude: “Considering that [DXA scanning] is widely used to screen for osteopenia and osteoporosis in asymptomatic women, the significant association between [bone mineral density] and higher risk of [cardiovascular disease] provides an opportunity for large-scale risk assessment in women without additional cost and radiation exposure.”

In a linked editorial, Drs Dexter Canoy and Kazem Rahimi of the Nuffield Department of Women’s and Reproductive Health, University of Oxford, agree, adding that further research in different settings is warranted.

But they suggest: “Perhaps it is high time to establish how bone health affects vasculature and understand the underlying pathophysiology that links osteoporotic and atherosclerotic conditions. In doing so, we might just discover new ways to improve the treatment of, and care for, the hearts and minds of women, as well as of men.”