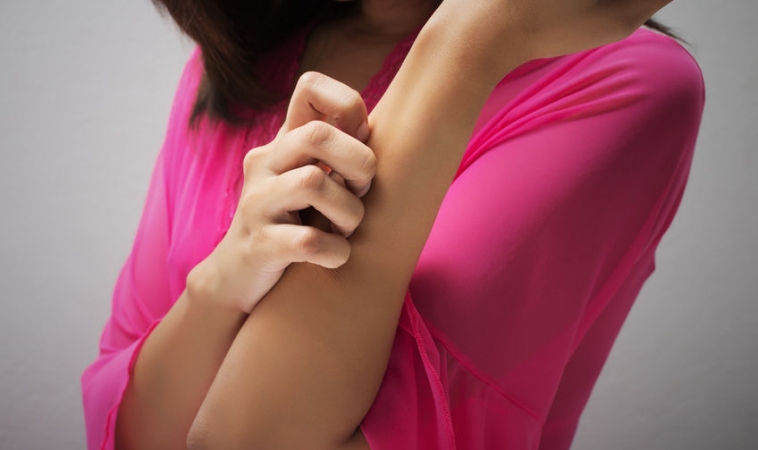 Hard Water Exposure May Lead to Damage of the Epidermal Barrier

A recent study from the University of Sheffield and King’s College in London has found that exposure of the skin to hard water may actually lead to damage of the epidermal barrier.1 Dermatological concerns are often very difficult for physicians to treat, because the environmental, toxic, and lifestyle factors which affect the skin are so numerous, and often exposures which affect the skin are seemingly benign that they aren’t even considered. Sensitivity to detergents, metals, and now even the water, could be an area of inquiry for those suffering from certain dermatitis, like eczema.

Skin is our Defense to External Threats, When it’s Compromised, We Risk Developing Pathology

Since the skin is our defense to external threats such as bacteria, radiation from the sun, chemical exposure, and also physical contact from anything that comes into contact with the body, anything that degrades this barrier puts the organ of the skin at risk for developing pathology. If hard water irritates and damages the skin, washing hands and other body parts numerous times a day may pose significant problems for some people.

Hard water contains higher amounts of calcium and magnesium ions that have an interesting effect on detergents and wetting agents in soap, such as sodium lauryl sulfate (SLS) and sodium lauryl ether sulfate (SLES); they bind to these surfactants, making them insoluble and able to precipitate onto the skin.  Hard water also has as high alkalinity, which raises the surface pH of the skin (normally acidic). This change toward a more alkaline skin pH makes the surface of the body more susceptible to colonization by pathogenic bacteria.

Researchers involved in the study concluded that damaging the skin barrier in this way could contribute to the development of eczema. They also noted that patients with eczema are much more sensitive to hard water than those with healthy skin. This increased sensitivity could be related to a genetic defect in the coding of filaggrin ( a structural protein of the skin) common in those with eczema. The study looks at how calcium and magnesium ions in hard water interact with surfactants and filaggrin to damage the skin, concluding that exposure to hard water could contribute to the development of eczema.

The study specifically analyzed whether using water softeners that remove calcium and magnesium ions mitigate the effects of surfactants on the skin, thus potentially lowering the risk of developing eczema. The researchers involved question whether limiting the exposure of infants to hard water may affect the development of eczema, since this is an especially vulnerable time for the skin, infancy.