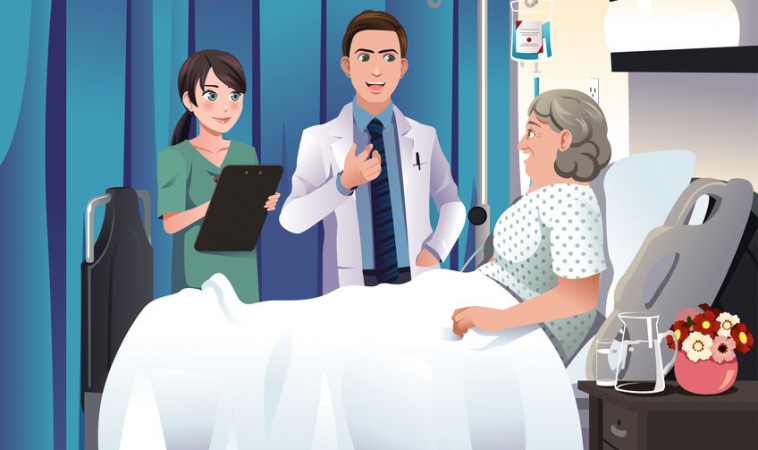 2020 has shed light on getting back to the foundations of health: good sleep, hydration, nutrition and staying active. What makes you happy? What energizes you? What does it mean to have a full life? What are you suppressing?

The Naturopathic Times podcast was born the day Katarina bought a Blue Yeti microphone on impulse. Originally, Stephanie wanted to start a website blog interview series where we would sit down with different NDs in front of the camera and record in-person. When the pandemic hit, it became perfect timing to merge their ideas and start an interview-based podcast series.

Find out how both Katarina and Stephanie started in the field of naturopathic medicine. Following is part of the transcript from their Introductory Episode.

Katarina: Stephanie, how did you end up in naturopathic medicine?

Stephanie: A big part of it was my cultural background. Both of my parents are from Sri Lanka and in Sri Lanka, it’s not uncommon to use botanical medicine or Ayurvedic medicine to treat common conditions. When I was growing up, I had severe eczema on my body, and one year my parents took me to Sri Lanka and took me to an Ayurvedic doctor. I didn’t quite know what was happening at the time, but this doctor gave me these leaves – this is what I remember. He gave me these leaves and we had to put these leaves in a bucket, and I had to bathe in this water every single day. As a kid, I hated it and I didn’t understand why I couldn’t just apply a cream like I had been doing back in the U.S. It was crazy though, whatever this leaf was, it reduced the inflammation from my eczema, almost like a steroid would. I think it really stemmed from stuff like that, growing up with that in my household. What led me to naturopathic medicine was interning at a pain clinic and this MD and I were just chatting about our cultures. He was also South Asian, and he just told me about naturopathic medicine and said, you should look into this. I think you’d really like it and you’d be a good fit. And here I am.

Katarina: Did you always want to become a doctor?

Stephanie: No. I had wanted to be a therapist since high school, really. The human brain just really interested me, and I took several classes in college. I was a psychology major and it wasn’t until after I graduated where I decided that, you know, the human mind is really cool, but the entire human body is really cool. So maybe I want to go to medical school. So, I kind of toyed with that idea. And after I had chatted with that MD, I decided, okay, I think I’m going to do naturopathic medicine.

Katarina: So, this doctor really had an impression on you?

Stephanie: Definitely. Oh my gosh. I don’t think I would be here without him. So, what about you Katarina? How did you get here?

Katarina: I’m originally from the Chicago suburbs. However, most of my extended family lives in Western Iowa and my parents grew up on farms. As a child, there’s always this idea of being able to be self-sufficient and try anything you can at home before going to the doctor. As a teenager, when I started to have moderate acne, I first tried different hygiene practices, over the counter products, and I didn’t find any relief. Eventually I went to a dermatologist and by the time I had reached my first year of college, I had tried every prescription indicated for acne and nothing had helped. My last option was Accutane, and for those who don’t know, Accutane is only used for severe acne because it’s pretty much your last resort. After being on the drug for about six months, I started to realize how toxic this drug was to my body. I had extreme fatigue where drinking six cups of coffee did not help and mind you, I’m a pre-medicine student. I’m in college. I’m not sleeping. I’m studying late. I’m not thinking this is caused by the drug. I’m thinking this is college. This is part of being a college student and being pre-med. I kind of blew that side effect off. Then I started having digestive problems and that’s kind of where I drew the connection between these side effects and the drug I was taking. I stopped the medication. Luckily, my acne had cleared up, but still I was having digestive problems that were persisting, and a friend of mine was very into natural medicine and I never really had heard of it. Eventually I took it upon myself to find a naturopathic doctor and found one near me. I was pretty much sold at the first visit. She was the first doctor to look at my health from a holistic standpoint and explain to me why I’m having these symptoms and teach me what true health looks like. It was the first time a doctor had really sat down with me and really explained the importance of those basic things. Eventually she helped me find the root cause of my acne and digestive problems. It was first of all, due to stress from college. Second of all, it was my diet. I was actually lactose intolerant, so if you can imagine the relief I had after eliminating dairy – it was significant. It was that little change that made me want to dive into this medicine. I was already pre-med at the time, so I applied to naturopathic medical school instead of the conventional route.

Stephanie: Yeah, here you are. That’s such a good story because sometimes it just takes out one person to give you a little more insight into what’s really going on with your health.

Katarina: Yeah. I really wanted to share what I had learned with the world, because it was such a simplistic change and it provided me long lasting results. To this day, if I eat dairy, I will get acne. I do believe that to be the root cause of my acne and its history from there.

Stephanie: Yeah, and when you’re in a situation where you have acne, of course, that’s affecting your self-esteem. You’re thinking, I don’t care what I’m going to take. Give me anything.

Katarina: Exactly. I mean, your skin is on the outer side of your body. It’s the first thing people see when they meet you, it’s constantly on your mind. You’re pretty much at that point where you’re willing to try anything to get this cleared up and you don’t really have the patience to wait. It wasn’t until I found that doctor where I really started to get my health back on track and learn more about the symptoms I was experiencing and looking at my health from a holistic standpoint.

You’ll be getting to know more about Katarina and Stephanie throughout the podcast series as they interview different ND’s from different walks of life, explaining various foundations of health for all areas of focus and medical conditions.

Listen to this episode of The Naturopathic Times podcast on Apple podcasts, Spotify, or Podbean and share it with someone you know. Give us your feedback by leaving a rating and a review. We would love to hear from you! As always, subscribe to be updated on our future shows. Visit http://www.naturopathictimespod.com to see our episode highlights and blog. Follow us on Instagram @Naturopathic.Times, and Like us on Facebook https://www.facebook.com/NaturopathicTimes .

Katarina Meisteris currently a fourth-year naturopathic medical student at Bastyr University California. While completing her undergraduate education at The University of Iowa (on the pre-medicine track), she realized that the conventional medical route is not the type of medicine she would like to practice after personal health experiences, shadowing doctors, and volunteering in hospitals. After experiencing Naturopathic Medicine first hand, she quickly made the switch to the naturopathic medicine route. Katarina will graduate with the class of 2021 next June.

Stephanie Yakupitiyage is currently a fourth-year naturopathic medical student at Bastyr University, California. After graduating with a B.A. in Psychology from Pepperdine University, she worked in an integrative medicine clinic which specialized in pain and rehabilitation. During this time, she realized there was a strong need for empathy and individualized treatment plans in the healthcare system. This lead her to discover a passion for naturopathic medicine. Stephanie will graduate with the class of 2021 next June.