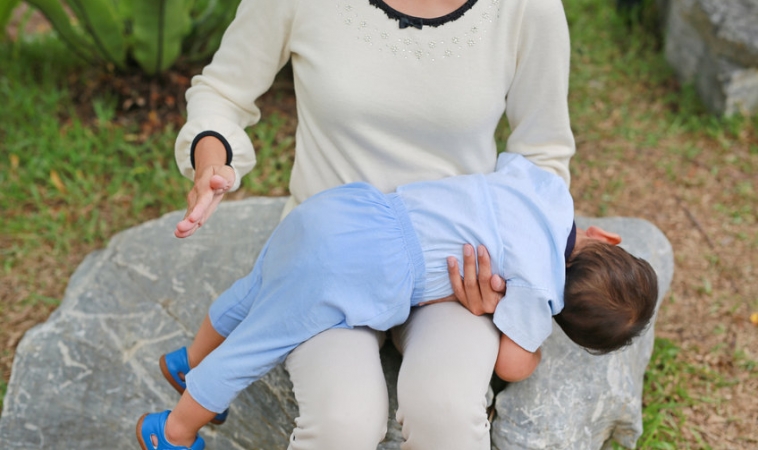 A conclusive narrative review has found physical punishment of children is not effective in preventing child behavior problems or promoting positive outcomes and instead predicts increases in behavior problems and other poor outcomes over time. The study by an international group of scientists including a researcher from The University of Texas at Austin was published in The Lancet.

Sixty-two countries have banned the practice, which is increasingly seen as a form of violence.

The team looked at studies involving physical punishment such as spanking and excluded any behaviors that could constitute child physical abuse. The researchers found ample evidence to support a United Nations statement from the Committee on the Rights of the Child that recommended countries end the use of all types of physical punishment on children.

“There is no evidence that physical punishment is good for children,” said Elizabeth Gershoff, the Amy Johnson McLaughlin Centennial Professor in Human Development and Family Sciences at The University of Texas at Austin and senior author of the paper. “All the evidence indicates that physical punishment is harmful to children’s development and well-being.”

The review looked at 69 studies, most of which were from the United States, with eight from other countries. Scientists found that physical punishment was not associated with any positive outcomes for children and increased the risk that children would experience severe violence or neglect. The paper points out that negative outcomes associated with physical punishment, such as behavior problems, occurred no matter the child’s sex, race, or ethnicity and regardless of the overall parenting styles of the caregivers. The authors also found evidence that the magnitude of negative outcomes for children increased the more frequently physical punishment was used.

“Parents hit their children because they think doing so will improve their behavior,” Gershoff said. “Unfortunately for parents who hit, our research found clear and compelling evidence that physical punishment does not improve children’s behavior and instead makes it worse.”

“This is a public health issue,” said Anja Heilmann, lead author of the paper who is an associate professor at University College London. “Given the strength of the evidence that physical punishment has the potential to cause harm to children, policymakers have a responsibility to protect children and legislate to end the use of physical punishment in all settings.”

Gershoff previously authored a landmark 2016 meta-analysis of dozens of studies and found that physical punishment was not associated with any positive outcomes for children and was heavily associated with a variety of negative outcomes. Gershoff’s work was cited by former Secretary of Education John B. King Jr. in a 2016 federal letter urging states to consider ending the use of physical punishment in schools. Gershoff also helped to inform policy statements from the American Academy of Pediatrics and the American Psychological Association that use research on the harmful effects of physical punishment as a basis for recommending that caregivers no longer use it.