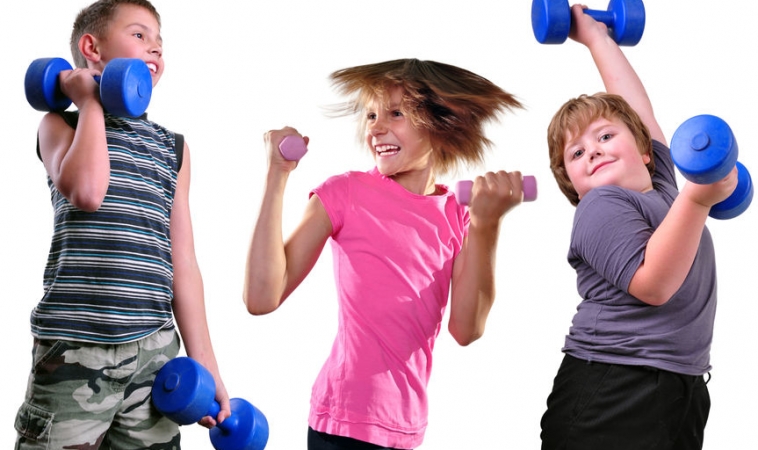 A research group including Professor MATSUDA Tetsuya of Tamagawa University’s Brain Science Institute (Machida City, Tokyo; Director: SAKAGAMI Masamichi) and Assistant Professor ISHIHARA Toru from Kobe University’s Graduate School of Human Development and Environment has illuminated the changes in the brain’s neural network and cortex structure that underlie the positive association between childhood exercise and the maintenance and promotion of cognitive function in later life. These results were published in the academic journal Neuroimage.

Research over the previous decade has shown that exercise during childhood affects the development of cognitive functions. Recent findings have indicated that these benefits of childhood exercise extend to the maintenance and promotion of cognitive functions in middle age and later life. However, the changes in brain functionality and structure related to this positive association have yet to be illuminated. This research study investigated the relationship between physical activity in childhood and cognitive function in later life, using MRI (magnetic resonance imaging) to illuminate the structural and functional changes in the brain that are behind this relationship.

The research group conducted a study on 214 participants ranging in age from 26 to 69 in order to investigate the relationship between childhood exercise and cognitive function, and the underlying functional and structural neural networks and cortical structure. Childhood exercise was assessed via questionnaire. One aspect of cognitive function, response inhibition (the ability to suppress inappropriate behaviors), was measured using a Go/No-go task. The image data from the MRI was analyzed and the following were calculated: structural and functional connectivity (*2), cortical thickness, myelination, the degree of neurite orientation dispersion and density index. The brain was divided into 360 areas in accordance with the Human Connectome Project (*3), and functional and structural parameters were obtained for each area. In the statistical analysis, information obtained through the questionnaire was used as confounders. This included each participant’s educational background, parents’ educational background, number of siblings and exercise during adulthood.

Firstly, the researchers analyzed the relationship between whether participants exercised during childhood and Go/No-go task performance (false alarm rate). They found that participants who exercised during childhood (up until age 12) had a lower false alarm rate than those who didn’t (Figure 1). Furthermore, this correlation was found regardless of the age of the participant. However, no such relationship was found between task performance and post-childhood exercise.

In those participants who did not exercise during childhood, there was no structural or functional connectivity identified in relation to the false alarm rate in the Go/No-go task. Lastly, the researchers investigated cortical structure parameters in relation to the Go/No-go false alarm rate for participants who exercised as children. They found that task performance was negatively associated with cortical density, and positively associated with the degree of neurite orientation dispersion and density.

The above results demonstrate that modular segregation and strengthened inter-hemispheric connections in the brain networks of people who exercised during childhood reduced the number of mistakes that they made in the Go/No-go task.

1. Module: A single unit that combines with others to form the entire structure of a system. The human brain has a clear modular structure: it is divided into a number of large-scale networks made up of multiple areas.