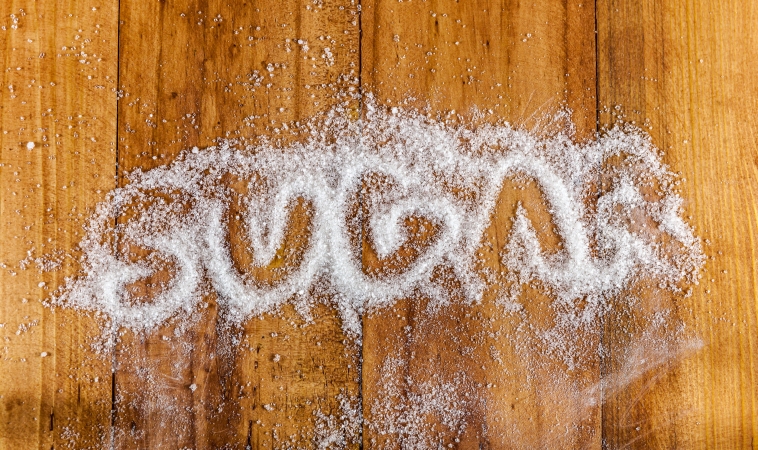 The first part of this series reviewed all the ways food can be medicine for the body and brain and how “fake food” can cause cravings and unhealthy effects. Sugar has been extensively studied for its addictive properties and health consequences. The obvious solution would be to cut back, but, what if one is struggling with food cravings and food addictions? I discuss this more now in Part II.

Cutting Back on the other “White Stuff”

As noted in Part I, there’s enough evidence for the negative brain, behavioral, and body effects of sugar consumption. This has led to a consensus that Americans need to cut down on this “white stuff.” 1-4In the beginning of 2016, the 2015-2020 Dietary Guidelines for Americans was released.1-3 Previously, in the beginning of 2015, the 2015 Dietary Guidelines Advisory Committee (DGAC), submitted as a resource their Scientific Report of the 2015 Dietary Guidelines Advisory Committee (Advisory Report) to the Secretaries of U.S. Department of Health and Human Services (HHS) and the U.S. Department of Agriculture (USDA).4Although there were many controversies over the good and bad 0r these guidelines, it was agreed by most that their recommendation to limit added sugar consumption to less than 10% of calories was a good thing. (Even if the diatribes of dietary wars will continue to argue about calories utility for measurement.) 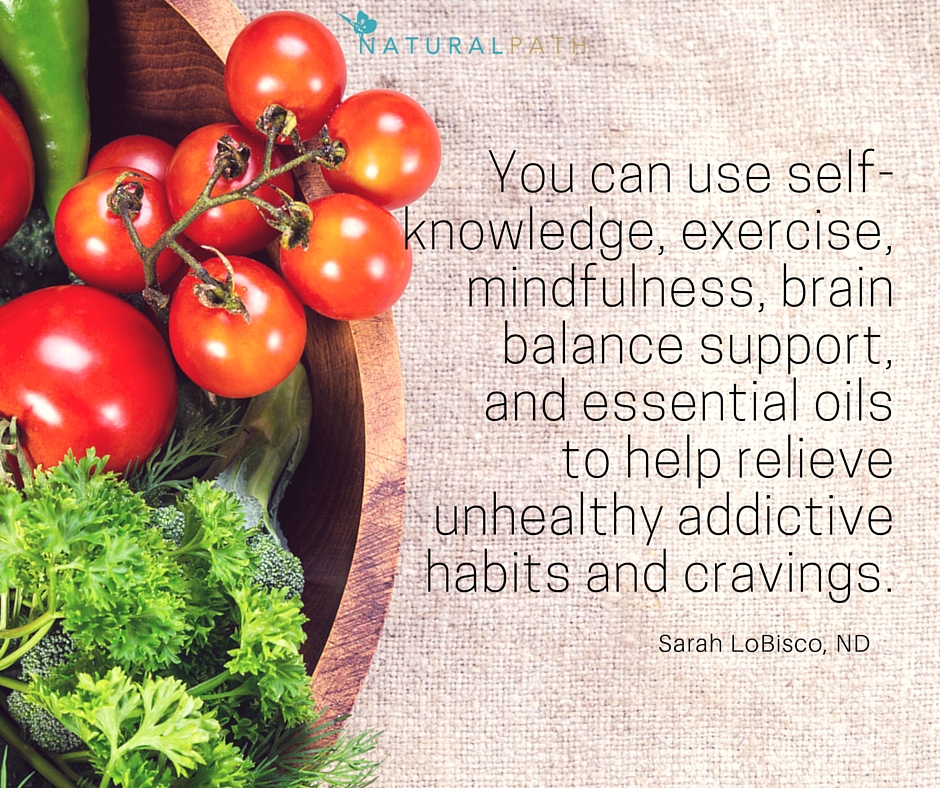 Five Ways to Support Saying “No” to Sugar and Unhealthy Cravings

Therefore, staying away from sugar and processed foods is a good way to ensure health and mood support, and an enjoyable summer and life. However, what if one is caught in a cycle of unwanted consumption. Can it be supported? Below are five ways to help curb sugar and unhealthy substance cravings:

The simple way to tell which one you are is “if you can’t eat just one,” you’re probably better to “just be done” and abstain all together, rather than to try to moderate. Some things at any level are “not good”, but can be enjoyed in moderation with a healthy body. However, for others, who are trying to adjust their health status from unwell to vital, it may be wise to replace them completely until their body is more resilient or due to genetic predisposition.

There are some people who may be more prone to addiction with food due to history of binging cycles and levels of dopamine and opioids. An article in Journal of Addiction Medicine reports on this connection with neurotransmitter levels and food behavior and motivation:

This article summarizes data suggesting that, repeated, excessive sugar intake can lead to changes in brain and behavior that are remarkably similar to the effects of drugs of abuse. Thus, sugar may be addictive under special circumstances. On the other hand, bingeing on fat, or even sweet-fat, has given negative results as far as withdrawal is concerned, suggesting that different neural systems are involved. A high-fat diet, if rats binge on it every day, can lead to extra weight gain. Rats prone to obesity on a high-fat diet show low-basal DA levels in the NAc, as do underweight rats, suggesting that both may overeat opportunistically in a manner that restores DA levels. Surges of binge-induced DA may be partially responsible for the neural adaptations manifest as locomotor sensitization and abstinence-induced enhancement of motivation for the food. Opioids are another important part of the picture, but the exact system is not known, because opioids can induce feeding in many brain regions. It seems that opioids may be responsible for the withdrawal signs and for abstinence-induced incubation of cue-induced relapse. ACh in the NAc is one of the countervailing forces in this process. Sugar bingeing seems to postpone ACh release, and sham feeding greatly attenuates it. This is all consistent with a model in which DA stimulates approach and inhibits avoidance outputs in the NAc. ACh does the opposite, unless it is circumvented by drugs of abuse, sugar bingeing, or purging.5

There is some evidence for exercise as supporting cravings in addiction. 6-According to a 2012 article in Scientific World Journal:

In the field of smoking cessation, evidence is strong for exercise as an effective adjuvant treatment, whereas no generalizable and methodologically strong studies have been published for alcohol and drug treatment so far, allowing only preliminary conclusions about the effectiveness of exercise in these disorders. A couple of potential mechanisms are discussed, by which exercise may act as an effective treatment, as well as future directions for studies investigating exercise as a treatment strategy for substance use disorders.6-7

In a 2014 Meta-Analysis, the authors established more support for exercise and substance use disorders:

According to an editorial in the 2009 journal Substance Abuse:

This thematic issue of Substance Abuse is devoted to an emerging, promising area of research, mindfulness meditation as a therapy for addictive disorders. Conceptual framework and findings from a pilot-level research combined with an anecdotal evidence from clinical practice support the use of this innovative therapy for a broad spectrum of substance use disorders and mental health problems in general. If effective, mindfulness meditation based interventions could help improve treatment outcomes in addictive disorders.9

By incorporating mindfulness, it has been suggested habitual and unhealthy addictive practices could to some extent be mitigated ant that these practices could support conventional approaches. A 2013 review article in Complementary Therapies in Medicinestated:

Conventional behavioral approaches to relapse prevention aim to address numerous determinants of relapse, including (a) physical symptoms of withdrawal, (b) cognitive processes like craving, self-efficacy, outcome expectancies, and motivation, (c) coping behaviors, including adaptive and maladaptive coping styles, (d) emotional states, including how to self-regulate positive and negative affect, (e) interpersonal dynamics, including peer pressure and relationship conflict, and (f) situational or contextual factors that cue or elicit cravings.7As reviewed by others, meditative approaches are now being developed as complementary therapies to augment conventional treatment by directly targeting mindless, automatic mental and behavioral processes, like craving, through cultivating greater mindfulness.10

Another small study examing the use of yoga in women with posttraumatic stress disorder demonstrated:

Results from this pilot study suggest that a specialized yoga therapy may play a role in attenuating the symptoms of PTSD, reducing risk of alcohol and drug use, and promoting interest in evidence-based psychotherapy. Further research is needed to confirm and evaluate the strength of these effects.11

For example, according to an article in Bioessayson the link between diet, eating, and microbes:

Microbes in the gastrointestinal tract are under selective pressure to manipulate host eating behavior to increase their fitness, sometimes at the expense of host fitness. Microbes may do this through two potential strategies: (i) generating cravings for foods that they specialize on or foods that suppress their competitors, or (ii) inducing dysphoria until we eat foods that enhance their fitness. We review several potential mechanisms for microbial control over eating behavior including microbial influence on reward and satiety pathways, production of toxins that alter mood, changes to receptors including taste receptors, and hijacking of the vagus nerve, the neural axis between the gut and the brain. We also review the evidence for alternative explanations for cravings and unhealthy eating behavior. Because microbiota are easily manipulatable by prebiotics, probiotics, antibiotics, fecal transplants, and dietary changes, altering our microbiota offers a tractable approach to otherwise intractable problems of obesity and unhealthy eating.14

Furthermore, nutrients, such as healthy fats as discussed in part I can be important in mood support and brain health. Modulating dopamine with N-acetyl cysteine,16 can also assist with healthy mood and brain support, assisting with addiction patterns by addressing neurotransmitters.17-18

Essential Oils not only support psychiatry and mood, but also balance biochemistry and biology to assist with achieving optimal health and healthy behavioral patterns. You can read more about that in the following articles on this site:

Essential Oils on the Emotional Brain Part I

4 Key Summary Points from Part I and Part II: