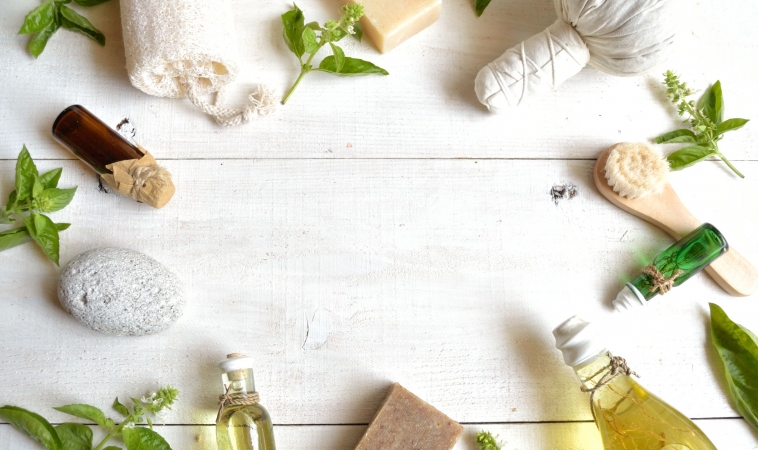 Unlike other senses, our sense of smell has direct neural pathways to emotional processing centers in the brain which includes the amygdala, hippocampus, and orbitofrontal cortex (OFO). This makes detection of odor intricately related to emotions. 1-3

Many people have experienced firsthand how pleasant or unpleasant odors impact their mood. However, it’s also important to note our mood actually can impact our detection of fragrances as well!

In fact, one small study examined the processing of smell (using olfactory affective judgment, which assesses if the person found the aroma agreeable, and odor detection tasks) in relationship to anxiety-evoking stimuli. They also used a functional magnetic resonance imaging (fMRI) to measure the brain’s response in the subjects to the stimuli and scents. They found that by inducing an anxious state in volunteers, the previous smell of neutral odors became unpleasant and harder to detect when the participants were frightened. The authors summarized the importance of the rich environmental context as follows:

Moreover, sensory (in particular, olfactory) perception occurs not in a vacuum but rather in a rich context of internal physiological and psychological states (Cabanac, 1979; Barsalou, 2008; Barrett and Bar, 2009).1

Furthermore, there’s evidence that the scent of a fragrance can be something that can trigger a response of fear or calmness, related to the connections within the brain. In fact, a rodent study in 2013 demonstrated how a fear induced environmental stimulus (delivery of a shock) associated to the odor of peppermint oil in the mamma rodents created the same fearful response to peppermint in their little, frightened baby rodents.2,3 (This could be why some people just don’t like certain smells and may not have any conscious memory why.)

Interestingly, one study demonstrated positive effects to agreeable odors. The researchers measured physiological markers, such as an immune signaling molecule (IL-2) and heart rate in connection to “nostalgic odors” and found beneficial effects.4

This literally means that one aromatic oil could calm one person while triggering another. For example, if one person attributes the scent of a generally recognized calming oil, lavender, as unpleasant, they may get irrigated with its smell. Therefore, although generalizations can be made with most essential oils, such as lavender having a pleasant and relaxing effect, the individual’s preference should also be considered.

How Essential Oils Can Impact Mood

In my previous article, I discussed the various considerations for choosing a quality therapeutic essential oil. These potent aromatic plant secondary metabolites contain powerful immune and health modulating properties that have been verified in vitro and with some clinical trials.5-9This means that not only will the odor of the essential oil evoke emotional effects, but it will also produce physiological effects beyond smell. This is due to the transfer of the molecules into the bloodstream after inhalation.

According toThe Therapeutic Benefits of Essential Oils, Nutrition, Well-Being, and Health,essential oils can act biochemically, physiologically, and psychologically. These modes of actions can be explained as follows:10

One example is the interaction of the essential oil constituents of citral, geraniol, nerol, and eugenol with estrogen receptors at high concentrations, but not at low concentrations. This study suggests that dosage is a factor in vitro for essential oil effects.11

However, it’s also important to remember the modulating effect of phytoestrogens. Specifically, it has been found that phytoestrogens are more of selective estrogen receptor modulators (SERMs), with ahigher preference for estrogen receptor beta (ER-B) than estrogen receptor alpha (ER-a). This has an overall estrogen balancing effect by blocking more powerful estrogens to the receptors. Phytoestrogens can also modulate aromatase, increase sex hormone-binding globulin, and effect other enzymatic pathways. 12-14 Therefore, the above study could exhibit preferential binding due to the high concentration.

One example is the effect of the constituents in fennel for balancing hormones and assisting with lactation.15 Other studies have demonstrated the use of essential oils massages, which contain compounds that modulate muscle spasm, stress, circulation and contain phytoestrogens to assist in alleviating menstrual discomfort.16-17

It’s important to note that a psychological action usually also has a physiological or biochemical impact on the body. For example, hormonal support could be provided by calming emotion from inhalation, by effecting stress hormones or enzymes, and providing direct physiological effects as a result of phytoestrogens modulating estrogen levels, as noted above.

In a study with 22 menopausal women in their 50’s changes in neurotransmitter concentrations, cortisol, and thyroid stimulating hormone in relationship to inhalation of clary sage oil were examined. It was found that inhalation of this oil increased 5-hydroxytrptamine (the monoamine, serotonin), decreased cortisol, and alleviated mood. 18

As you can see, essential oils have a profound effect in modulating mood and emotion in a variety of ways. They can be very potent to not only impact well-being but also the physical markers impacted by imbalanced psychological states. Using essential oils along with individualizing nutrition, lifestyle, and balancing all body systems, as I review in my new book, BreakFree Medicine, can have profound effects.

In the next blog, I am going to go into more specifics on the use of essential oils for mood.