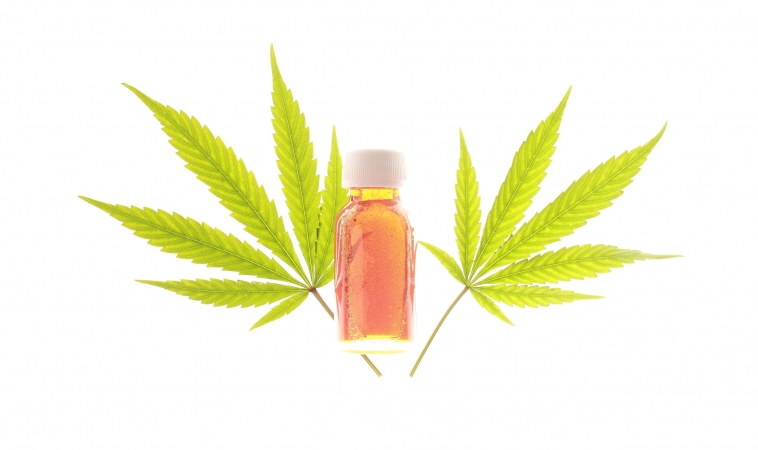 In the first part of this article, I discussed the concept of the entourage effect of cannabis. This is reference to the fact that the synergy of all its components acting together has different and enhanced effects than any of its isolates. In this post, I will expand on how this concept also applies to its essential oil. 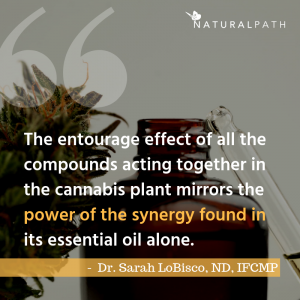 The Entourage of the Cannabis Essential Oil Continued

Several studies have also discussed the synergy of the vast amount of phytocannabinoids and terpenoids (from essential oils) in cannabis. This article provides  a nice table of a summation of the literature on how specific terpenoids interact with several cannabinoids.

The entourage effect of all the compounds acting together in the cannabis plant mirrors the power of the synergy found in  its essential oil alone.  This was made evident in a preliminary study.

In the article, the authors verify the various constituents of cannabis essential oil (CEO) steam distilled from hemp (Cannabis sativa L.) and sought to determine the effect of its inhalation on the autonomic nervous system (ANS) and brain activity (using EEGs) of five subjects.

The authors found the main compounds of Cannabis sativa L. to be myrcene and β-caryophyllene and stated the following actions of it on the participants: 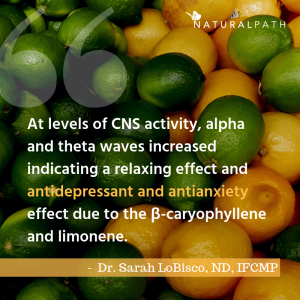 At levels of CNS activity, alpha and theta waves increased indicating a relaxing effect and antidepressant and antianxiety effect due to the β-caryophyllene and limonene.

Analgesic action of CEO on the subject with headache

The analgesic action of CEO on the subject with headache may be explained by increase of alpha and theta waves and abundance of terpenes such as myrcene, limonene, and β- caryophyllene.

The following was concluded of the study

The small study population is a limitation of this study but it is however a preliminary study. Further studies of the effect of CEO on the brain are needed with a wider sample in order to have a greater number of significant data. However, the results lend some support for including CEO in a perspective integrated therapy aimed at relieving stress or depression.

The results suggest the occurrence of the positive relaxation and anxiolytic effects of CEO. These findings provide evidence that brain wave activity autonomic nervous system response and mood states were affected by CEO.

What a magnificent blend of terpenes, ranging from the immune and neurological modulator limonene, to the cannabinoid receptor influencer β- caryophyllene, and to the stress soothers of pinenes!

A combination that includes the synergy of the essential oil of cannabis with the entourage effect of its compounds is exactly why many formulators are now going for the whole spectrum in their products!

I hope you continue to follow me in my series on CBD on my homepage and place your comments on my blog! 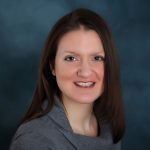 Sarah LoBisco, ND, IFCMP, is a graduate of the University of Bridgeport’s College of Naturopathic Medicine (UBCNM). She is licensed in Vermont as a naturopathic doctor and has received her certification in functional medicine through the Institute of Functional Medicine (IFM), which is accredited by the Accreditation Council for Continuing Medical Education (ACCME). She holds a Bachelor of Psychology from State University of New York at Geneseo and is also certified in Applied Kinesiology. Dr. LoBisco currently incorporates her training in holistic and conventional medicine through writing, researching, and through her independent consulting work with individuals and for companies regarding supplements, nutraceuticals, essential oils, and medical foods. Dr. LoBisco speaks professionally on integrative medical topics and has several journal publications. “Dr. Sarah” also enjoys continuing to educate and empower her readers and clients through her blogs and social media. Her main blog can be found at dr-lobisco.com.