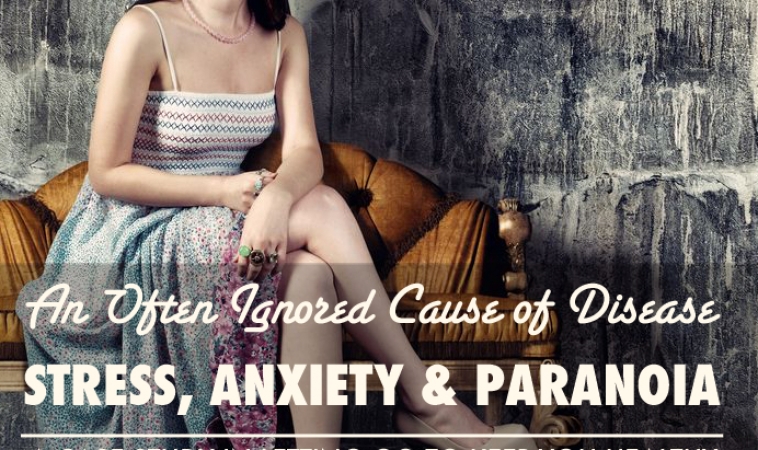 What is the root cause of disease?

As a naturopath, I was trained to look deeply at these types of issues as being common root causes of disease. But in this article, I am proposing an even deeper root cause of disease today…

To make my point, I’m about to share a remarkable true story of a patient named Anita. (I will use her real name because her story is already public.)

The True Story of a Patient Named Anita

Anita was a woman who spent most of her life being fearful of just about everything…of not knowing what the ‘right’ path she should take in life, of making a wrong decision, of never being good enough, of failing, of not being liked, of letting others down, of contracting an illness…Frankly, these are common fears I see in my patients, as well as in my own life, on a regular basis.

Everything she did in her life was designed to win approval from others, yet except from herself. If anyone had asked her what she really wanted in life, she wouldn’t have known. She was so caught up in the cultural, societal, and familial expectations on her that she had no concept of what was really important to her.

After 2 people close to her died of cancer, she became fearful that eventually this would be her same fate. She started researching how to prevent it, yet the more she read, the more her findings fueled her fears. She learned how pathogens in the environment and in food were carcinogenic, using plastic containers for food, microwaves, preservatives, using mobile phones, the glorious sunshine…so many things in daily life all seemed to cause cancer. Not only was she afraid of the disease itself, but she was afraid of the detrimental effects of chemotherapy and radiation as well.

Her fears soon ballooned into a paralyzing fright of not only dying, but of living too. The world seemed to be such a menacing and untrustworthy place. She slowly started saying ‘no’ more and more, as her life experiences became smaller and smaller.

And Then, She was Diagnosed with Cancer

Due to her fear of standard treatment, she quit her job to dedicate her life to pursuing natural therapies. She traveled to India for Ayurvedic healing, to China for Eastern methodologies, studied with Buddhist monks and Indian yogis, became vegan, did pranic healing, practiced Chi Gong, forgave everyone she ever held a grudge against, and more…yet her cancer kept getting worse.

Cancer ravaged her body for almost four years until eventually, she was simply too weak to hold on. She surrendered to what felt like the inevitable and welcomed death, because she decided that anything would be better than the life she was now living. Finally, she gave up fighting, and let go.

Malnourished and listless, she fell in to a coma. Yet as the doctors were predicting her imminent death and while she could even hear their discussions down the hall from her room, she had arrived into a state of clarity and bliss unlike anything she had ever encountered.

Her fears had vanished. This absence of mental shackles allowed her for the first time to see herself as the powerful and magnificent person she inherently was. She realized how harshly she had treated herself throughout her entire life; that it was she who had been judging herself so ruthlessly and it had nothing to do with anyone else. She realized she’d never loved herself, valued herself, or seen the beauty of her own soul.

In this other-world state, she was given the understanding that her cancer was her own energy, manifesting as cancer, because her fears were not allowing her to express herself as the magnificent force she truly was.

After twenty-four hours of experiencing this clarity and bliss, her eyes opened. Not only did she awake, but astonishingly just a few weeks later, the doctors declared that they could no longer find any trace of cancer in her body. After several months of rehabilitation to regain her strength and vitality, Anita now lectures on the lessons she learned from her miraculous experience.

Now of course, this case study is nothing short of a miracle. By no means am I suggesting I am confident I could reproduce these results with a patient with cancer. However, we should all embrace the powerful lessons garnered from this story, which I will do my best to summarize here…

One of the best-kept secrets of all times for living in optimal health is the importance of self-love. Anita speaks about how vitally important it is to cultivate a deep love affair with ourselves. Being in love with ourselves is necessary for allowing chi to flow freely through the body in its most effective manner. Thus self-love is an essential ingredient for any treatment plan.

#2 Love as a Purpose

Anita saw that one of the main purposes in life, and a key that opens the door for healing, is simply to be loving in day-to-day life. Being true to oneself and one’s desires, fearlessly, is an essential part of this. Write down your answer to this question: “What are ways in which you are loving to yourself and others?”

What I find with this question is that most people are very skilled at saying where they deem they are falling short. I always highlight this question with patients as a means of helping strengthen their ability to focus instead on all the ways they ARE a GOOD person.

Try this: Take note on a daily basis of all the ways you are a loving and kind person. Write these down daily, in a little notebook and do it for a few weeks or more. This exercise will help you retrain your brain to focus more on your strengths. The more you do this, you will eventually train yourself out of being so focused on where you think you fall short and have more thoughts naturally be focused on the positive aspects of yourself.

#3 Eliminate thoughts of how life “should be”

An absence of her preconceived belief patterns was also necessary for her healing. When she was willing to let go of what her mind thought it wanted, this opening allowed the vibrant life force within her to take over. She was then able to receive not only the gift of life but of more also joy then she had ever previously known.

Anita speaks about how we are at our strongest when we are willing to let go of our stories and preconceived notions about the way life ‘should’ be, to suspend all beliefs as well as our disbeliefs. If we can accept that our narrow human understanding is incomplete, and we become comfortable with uncertainty, we open ourselves to infinite possibilities.

As a physician, it is easy for me to have a preconceived notion of if and how long it will take for a patient to get better. However, I must remember that one really never knows because every person has a unique path. This point also applies to the one’s own belief system about themselves too. When you hear yourself speaking of your own healing in terms of doom and gloom, remind yourself that anything is possible.

#4 Don’t Work Against Yourself

The dichotomy is that often for healing to occur, it helps when we can let go of the fighting to be healed. By bringing a sense of trust to whatever shows up in your life and by working with it, healing is more likely to occur. This reminds me of the old adage, ‘What we resist, persists.’

This is one of the most valuable takeaways from this story…work with your ailments from a place of, ‘How can I work WITH what is going on and improve it,’ instead of, ‘What’s happening in my body is so unfortunate and I must fix it and get rid of it immediately.’

One must work with what is going on in the body or in life, from a place of trust and respect, and not from a place of fear and repugnance. It’s a very simple shift in thought that we can quietly remind ourselves each time we find our selves judging or struggling with something.

You already are everything you need to be. Who you are right now is perfect and whole. Be true to who you are. Be fearlessly yourself. There is no need to act to please anybody or prove anything. Do what feels good & easy. Detach from preconceived outcomes. Trust what shows up in your life. Let go of fighting. Take action that comes from a place of trust and love. Fill yourself with the truth that you are a powerful, magnificent, and unconditionally loved being. Laugh and have fun…life is meant to be enjoyed.

(Anita’s full story is captured in her book, ‘Dying to Be Me,’ by Anita Moorjani.) 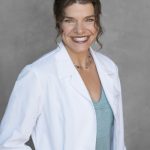 Dr. Jody Stanislaw is a 2007 Bastyr University graduate. She works entirely via phone with patients all around the country.

Being a type 1 diabetic since the age of 7, she specializes in Diabetes care and is an expert at helping patients achieve optimal glucose control. She also works with the general population, advising patients on the naturopathic approach of treating today’s most common ailments.

Her focus on mind/body is present in every appointment. In her very popular intensive program, patients receive weekly calls with her over a 3 month period, allowing them to make dramatic transformations in their overall health & wellbeing. This structure allows the many levels of a patient’s needs to be addressed…physical, emotional, nutritional, and more…leaving them happier and healthier than ever before. Sign up for a free introductory phone consultation with Dr. Stanislaw here: www.consultwithdrjody.com