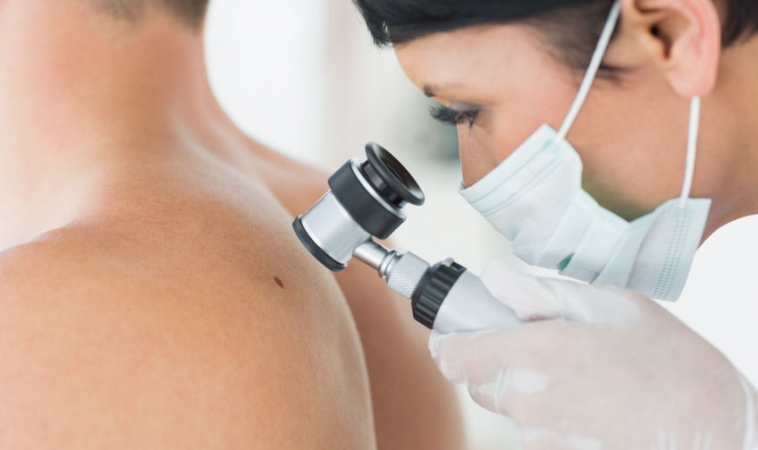 This year’s international James Dyson Award was given to the invention of a device that can detect skin cancer without taking a biopsy.1 The James Dyson Award is an annual competition open to university students or recent design graduates worldwide since 2002. It emphasizes practical and commercially viable designs, and winners this year received $50,000 to aid in the development of their device.

The sKan device was created by four Canadian graduates from McMaster University’s school of engineering. The sKan is a handheld device that could make the detection of skin cancer far easier and less invasive. The device itself is made of readily available and inexpensive materials and components. According to Dyson company founder, James Dyson, the sKan received the award because “it is a very clever device with the potential to save lives around the world.”

1 in 3 cancer diagnoses is a skin cancer

According to the World Health Organization, 1 in 3 cancer diagnoses is a skin cancer. Instead of using a biopsy to diagnose cancer, the sKan uses thermal sensors to read skin temperature differences to detect melanoma and other forms of skin cancer. Because of the increased vasculature and metabolic rates involved in malignancy, the temperature of the skin changes.

Device Designed as a Screening Tool

Since current methods of diagnosis of melanoma rely on visual inspection and specialist opinion, there can be a lengthy wait before biopsy is scheduled. The goal of the device is not to diagnose cancer, but rather to be used as a screening tool for patients who should be sent for a biopsy as early as possible. The sKan doesn’t have the ability to differentiate between various types of skin cancer.

In the United States, it is estimated that over 5.4 million non-melanoma skin cancers are treated every year (according to the Skin Cancer Foundation). Roughly 87,000 new cases of invasive melanoma will be diagnosed this year. A device such as sKan, could help prescreen individuals with suspected melanoma, and in time, ensure quicker and more appropriate treatment. The sKan device could help lower the number of needed biopsies by being used to monitor suspicious skin lesions (moles) for metabolic changes.

The research team plans on using the funds from the award to begin pre-clinical trials.