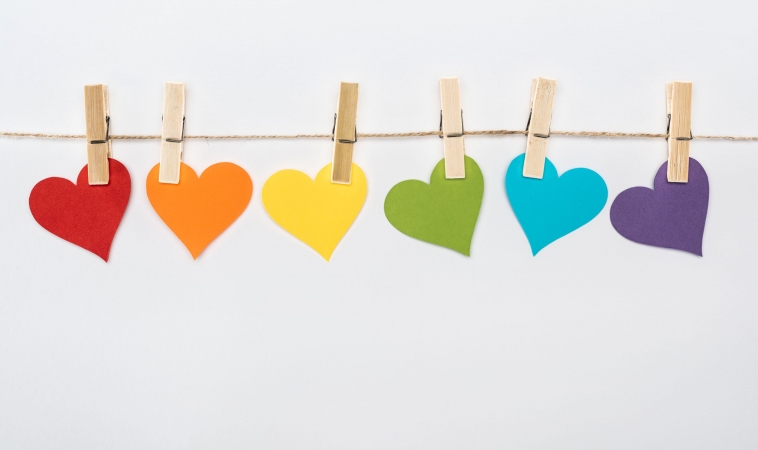 Two articles were published regarding gender-affirming treatments, which offer transgendered individuals the option to adopt a gender identity more fitting for their inner experience. These two articles paint an entirely different picture of this fairly new area of medical consideration.

Reading between the lines, these differing perspectives may not altogether contradict one another, and to interpret them as doing such may continue to perpetuate the type of polarizing atmosphere many feel when considering the topic of gender identity and the option of transitioning from one gender to another with the aid of hormone therapies and/or surgeries.

The first article is regarding a study published by the American Journal of Psychiatry, and concludes that gender-affirming surgeries may lead to long-term mental health benefits.1

The press release of this recent study can be read below:

For transgender individuals, gender-affirming surgery can lead to long-term mental health benefits, according to new research published online today in the American Journal of  Psychiatry. The study found that among transgender individuals with gender incongruence, undergoing gender-affirming surgery was significantly associated with a decrease in mental health treatment over time.

Researchers Richard Branstrom, Ph.D., and John E. Pachankis, Ph.D., with the Yale School of Public Health, New Haven, Connecticut, used the Swedish Total Population Register to identify more than 2.500 individuals who received a diagnosis of gender incongruence (i.e., transsexualism or gender identity disorder) between 2005 and 2015. Among individuals with gender incongruence, just more than 70% had received hormone treatment and nearly half (48%) had undergone gender-affirming surgical treatment during the 10-year follow-up period. Nearly all (97%) of those who had undergone surgery also received hormone treatment. Less than one-third had received neither treatment.

They analyzed mental health treatment in 2015 in relation to the length of time since gender-affirming hormone and surgical treatment, including distinguishing the potentially interrelated effects of the two treatments. The mental health measures included health care visits for mood and anxiety disorder, antidepressant and anti-anxiety prescriptions, and hospitalization after a suicide attempt.

The study also found that compared with the general population, transgender individuals with a gender incongruence were

Despite the reduced mental health treatment use after gender-affirming surgery, treatment use among transgender individuals continued to exceed that of the general population.

The authors conclude that,

A Growing Voice From “De-Transitioned” Individuals

A differing perspective of transition surgeries is offered this week by a trans activist woman, Charlie Evans, who has “detransitioned” after identifying as male for almost ten years. Her transition included hormone therapy, which she has since ceased taking.

Her announcement to detransition occurred shortly before scheduled transition surgery for breast removal would have taken place, and hundreds of trans people have begun to voice a similar experience of disappointment with treatments meant to address “gender dysphoria.”

Charlie Evans, aged 28 years, from the United Kingdom, states that hundreds of individuals have contacted her stating that they have also wanted to return to their original gender, and that hormone therapy and/or surgeries did not help their suffering, which had been diagnosed as “gender dysphoria.” Many individuals have had full gender reassignment and now wish they hadn’t. A quote from Charlie Evans:

“I’m in communication with 19 and 20-year-olds who have had full gender reassignment surgery who wish they hadn’t, and their dysphoria hasn’t been relieved, they don’t feel better for it. They don’t know what their options are now.”

Lack of information about this side of transitioning

There is a lack of information about this side of transitioning. Not many people who regret their decision to transition are being heard, and the general assumption seems to be that once individuals with “gender dysphoria” are fully reassigned that they will be “fixed.” This assumption seems to be limited and not fully informed to the reality of the situation.

Evans made her story public last year, and recently has formed a non-profit organization, The Detransition Advocacy Network, intended to aid individuals who have transitioned and now regret their decision and wish to return to their original gender assignment. The organization also intends to give a voice to this group and gather data to better inform this area of gender identification.

The controversy over Charlie Evans’ detransitioning

A complete story of Charlie Evans can be found at Sky News.

The controversy over Charlie Evans’ detransitioning’ and advocacy for individuals who regret their gender transition above all else should indicate a need for more rigorous questioning before diagnoses or “gender dysphoria” are handed out. It also underlines the need to take concomitant mental health conditions seriously when prescribing hormone or body modification surgeries for individuals.

The question here is not whether or not transgenderation is real or not, or whether individuals should or shouldn’t have access to reassignment treatments. The question is whether or not doctors and health providers are up to the task of giving an honest assessment of health and mental health conditions without being pressured by current cultural and political opinions and assumptions.

NDNR is currently looking into continuing education opportunities that would address these ethical questions from a clinical perspective.