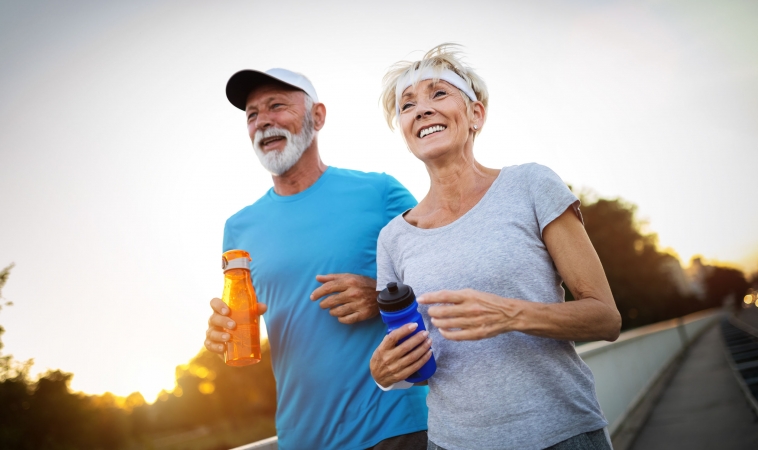 The health harms associated with prolonged sitting can be offset by exceeding weekly recommended physical activity levels, says the World Health Organization (WHO) in new global guidelines on physical activity and sedentary behavior, published in a special dedicated issue of the British Journal of Sports Medicine.

But all physical activity counts and is good for long term health, say the new guidelines. It’s the first time that a recommendation of this kind has been made. It reflects a large and growing body of evidence linking extensive sedentary time to serious ill health and a heightened risk of early death.

New data also released today, and published in the same special issue, show that adults who clock up long hours of sedentary time every day can counter these risks by increasing the amount of physical activity they do.

The new research, involving more than 44,000 people wearing activity trackers from four countries, reveals that a high daily tally of sedentary time (defined in this study as 10 or more hours) is linked to a significantly heightened risk of death, particularly among people who are physically inactive.

But 30 to 40 daily minutes of moderate to vigorous intensity physical activity substantially weakens this risk, bringing it down to levels associated with very low amounts of sedentary time, indicate the findings, which broadly confirm the recommendations set out in the 2020 World Health Organization Global Guidelines on Physical Activity and Sedentary Behavior.

There’s not enough evidence to recommend specific maximum thresholds for sedentary behavior, say the guidelines. But everyone, irrespective of their age or abilities, should try to limit their daily sedentary time and replace it with physical activity of any intensity.

All physical activity counts. This could be anything from climbing the stairs instead of taking the lift, a walk around the block, a spot of gardening, or some household chores, to going for a run or bike ride, a high intensity interval training work-out, or team sport.

And those unable to meet these recommendations should start small and gradually build up the frequency, intensity, and duration of their physical activity over time, it says.

Boosting physical activity levels doesn’t just benefit mental and physical health, and help to stave off the risk of an early death, it’s also likely to benefit the global economy, through lower rates of presenteeism, higher productivity, and lower rates of working age sickness and death, indicates another study in this special issue.

Doing at least 150 minutes of moderate intensity physical activity every week, which is the lower end of the range recommended in the new WHO guidelines, would increase global gross domestic product (GDP) by between 0.15%-0.24% a year between now and 2050, estimate the researchers. That’s worth up to US$314-446 billion a year and US$6.0-8.6 trillion cumulatively over the 30 years in 2019 prices.

The new guidelines, which aim to drive national policy and practice around the globe, involved more than 40 scientists from six continents. They provide a consensus on the latest science on the health impacts of physical activity and sedentary behavior from early childhood through to older age, and update WHO global recommendations for physical health, published in 2010.

They highlight the importance of regularly undertaking both aerobic and muscle strengthening activities, and for the first time, make specific recommendations for important, but often neglected groups, including those who live with long term conditions or disabilities, pregnant women and new mothers.

Key recommendations for adults, including those living with long term conditions or disabilities at any age:

“Although the new guidelines reflect the best available science, there are still some gaps in our knowledge. We are still not clear, for example, where exactly the bar for ‘too much sitting’ is. But this is a fast-paced field of research, and we will hopefully have answers in a few years’ time,” comments special issue co-editor Professor Emmanuel Stamatakis, of the University of Sydney.

He adds: “These guidelines are very timely, given that we are in the middle of a global pandemic, which has confined people indoors for long periods and encouraged an increase in sedentary behavior.

“But people can still protect their health and offset the harmful effects of physical inactivity. As these guidelines emphasize, all physical activity counts and any amount of it is better than none. There are plenty of indoor options that don’t need a lot of space or equipment, such as climbing the stairs, active play with children or pets, dancing, or online yoga or Pilates classes.”

Co-editor of the special issue, and development lead on the guidelines, Professor Fiona Bull of the WHO, adds: “The most recent global estimates show that one in four (27.5%) adults and more than three-quarters (81%) of teenagers don’t meet the recommendations for aerobic exercise, as outlined in the 2010 Global Recommendations. So there’s an urgent need for governments to prioritize and invest in national initiatives and health and community services that promote physical activity.

“The publication of these new WHO global guidelines can support implementation of policy recommendations set out in the WHO’s Global Action Plan on Physical Activity 2018-2030 to achieve its ambitious target of 15% improvement by 2030.”