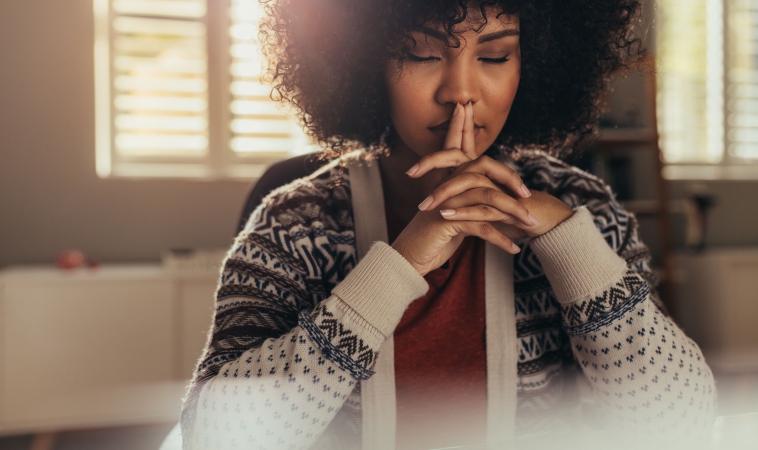 If dispositional mindfulness can teach us anything about how we react to stress, it might be an unexpected lesson on its ineffectiveness at managing stress as it’s happening, according to new research from the University at Buffalo.

When the goal is “not to sweat the small stuff,” mindfulness appears to offer little toward achieving that end.

The findings, published in the journal Personality and Social Psychology Bulletin, which measured the cardiovascular responses of 1,001 participants during stressful performance tasks, run contrary to previous research and pop culture assertions of how being mindful offers stress relief and coping benefits.

Where earlier work in this area suggests how mindfulness may help people manage active stressors, the current paper finds evidence for an opposite response. In the midst of stress, mindful participants demonstrated cardiovascular responses consistent with greater care and engagement. Put another way, they actually were “sweating the small stuff.”

Even more curiously, although the study’s participants demonstrated no physiological signs associated with positive stress responses, they did report having a positive experience afterward.

“What’s surprising, and particularly striking about our results, is that mindfulness didn’t seem to affect whether people had a more positive stress response in the moment,” said Thomas Saltsman, a researcher in UB’s psychology department and the paper’s lead author. “Did more mindful people actually feel confident, comfortable and capable while engaged in a stressful task? We didn’t see evidence of that, despite them reporting feeling better about the task afterward.”

Mindfulness does have benefits, but appears to be limited in what it can accomplish while people are actively engaged in stressful tasks, like taking a test, giving a speech or sitting for a job interview. Instead, being mindful may only benefit people’s perception of their stress experience after it has ended.

“Although our findings seem to go against a wholesome holy grail of stress and coping benefits associated with dispositional mindfulness, we believe that they instead point to its possible limitations,” says Saltsman. “Like an alleged holy grail of anything, its fruits are likely finite.”

Saltsman describes dispositional mindfulness as having a focused attention on the present. It’s a mindset that tries to avoid ruminating on past realities or considering future possibilities or consequences. It’s about being non-judgmental and relaxing critical interpretations. Mindfulness can be approached with formal training, but people can also be dispositionally higher or lower in mindfulness, which was the focus of their study.

Those high in dispositional mindfulness report greater well-being. They tend not to dwell on past events and claim to manage stress well.

“Although those benefits seem unambiguous, the specific ways in which mindfulness should impact people’s psychological experiences during stress remain unclear,” says Saltsman. “So we used cardiovascular responses to capture what people were experiencing in a moment of stress, when they’re more or less dispositionally mindful.”

By measuring cardiovascular responses, Saltsman and the other researchers, including Mark Seery, an associate professor of psychology at UB, can tap into participants’ experiences during moments of stress — in this case, giving a speech or taking a reasoning-ability test.

Those responses include heart rate and how hard the heart is pumping. When people care more about the task they are completing, Seery says, their heart rate increases and beats harder. Other measures, like how much blood the heart is pumping and the degree to which blood vessels dilate, indicate how confident or capable one feels during the task.

“One thing these results say to me, in terms of what the average person is expecting when they casually get into mindfulness, is that what it’s actually doing for them could very well be mismatched from their expectations going in,” says Seery. “And this is an impressively large sample of more than a thousand participants, which makes the results particularly convincing.”