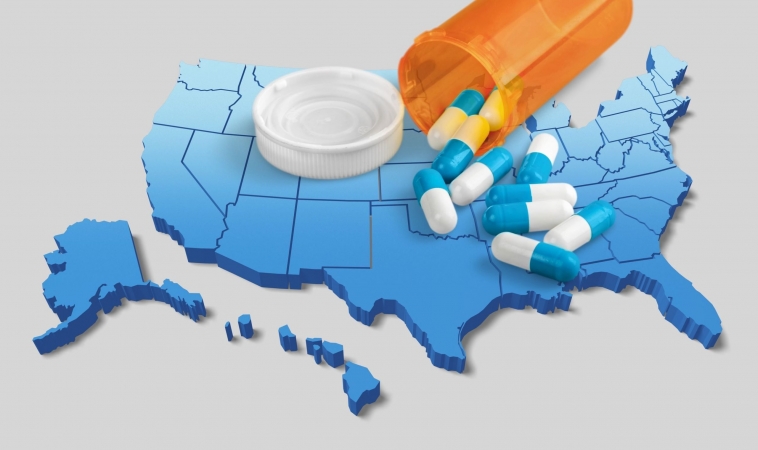 Could contrast in opioid addiction signify how pain is viewed between two countries?

Even as the rates of addiction in the U.S. have risen dramatically in the past decade, Germany’s addiction rates have been flat.

That contrast, experts say, highlights a significant divergence in how the two countries view pain as well as distinct policy approaches to health care and substance abuse treatment.

Unlike in the United States, where these pills are commonly dispensed after surgeries and medical procedures, opioids have never emerged as a front-line medical treatment in Germany.

“Among the most important reasons we do not face a similar opioid crisis seems to be a more responsible and restrained practice of prescription,” said Dr. Peter Raiser, the deputy managing director at the German Center for Addiction Issues.

Doctors must first try alternative treatments, which the nation’s universal health insurance system typically covers. Before prescribing opioids, physicians must get special permission and screen patients to make sure they aren’t at risk for addiction.

“Here in Germany, they prescribe opiates if all the other drugs don’t work,” said Dr. Dieter Naber, a psychiatrist and researcher at the University of Hamburg. “It’s much, much, much more difficult.”

Analyses show that opioid painkillers in Germany are prescribed somewhat more than they were 30 years ago. But that boost hasn’t fueled abuse.

In the United States, in 2008, the government-administered National Survey on Drug Use and Health found that about 10,700 people took pain relievers or heroin for nonmedical purposes (even if they weren’t necessarily addicted). By 2016, about 2.1 million Americans – 0.6% of the population – experienced full-on opioid addiction.

The contrast speaks to differences in how the two countries approach medical care. Because of Germany’s health system – which emphasizes primary care and keeps cost sharing low – people who are prescribed opioids are more likely to keep up with their doctors’ visits. If they exhibit warning signs of addiction, physicians have a better chance of noticing.

To be sure, illicit drug use also occurs in Germany, and opioids are the main killer in drug-induced deaths. Still, the drug-induced mortality rate has gone down here, per the most recent European figures.

Even when people here get addicted, they are far less likely to die as a result. In 2016, 21 per million Germans died from drug-induced overdoses (of which most were opioid-induced). That same year, 198 per million Americans died from the same cause.

Experts state this speaks to differences in how the countries view the issue of addiction.

Because of Germany’s generous public coverage, it is easier to get treatment – which, in the United States, can be hard to find, and expensive if you don’t have a health plan that covers it.

“Money regarding treatment is really not an issue here,” Naber said.

That said, Canada and Scotland both insure everyone and still face substantial addiction rates.

Drug addiction is treated with medication and “harm reduction” approaches

But, in Germany, drug addiction is treated with medication and “harm reduction” approaches, including so-called safe-injection sites – people experiencing addiction take drugs under medical supervision, with clean needles to prevent the spread of disease. These facilities even have protocols in place to prevent overdose. Germany has more than 20 such sites, with four in Hamburg. The approach has “certainly reduced mortality,” Naber said.

Such strategies are controversial in the United States. A federal judge ruled early in October against a Trump administration effort to block a safe-injection program in Philadelphia. The administration argued that such efforts enable and encourage addiction, and pledged to continue efforts to block safe-injection sites.

But “harm reduction,” generally, and supervised injection, specifically, have been cited as best practices by the Organization for Economic Co-Operation and Development, a coalition of developed, mostly Western nations.

“We know harm reduction works in terms of dealing with the problem of mortality,” said Dr. Andres Roman-Urrestarazu, a researcher at the University of Cambridge who studies addiction in the global context.

He added that Germany’s success with its multipronged approach illustrates that addiction is “a more complex problem” than the current American response has acknowledged.