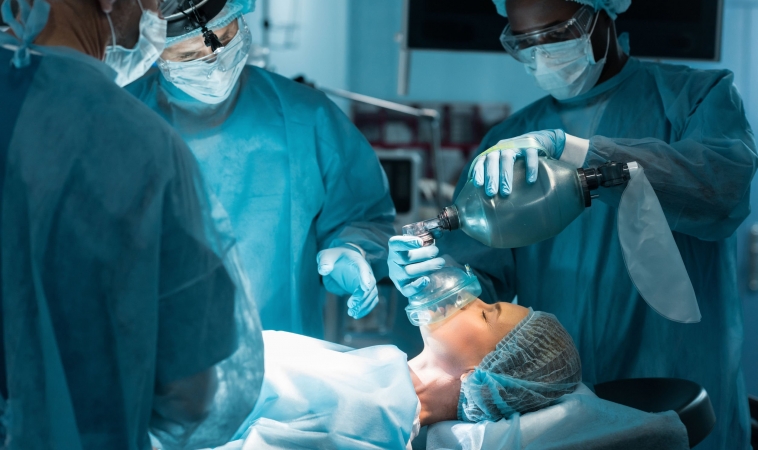 When Colorado legalized marijuana, it became a pioneer in creating new policies to deal with the drug. Now the state’s surgeons, nurses and anesthesiologists are becoming pioneers of a different sort in understanding what weed may do to patients going under the knife.

Their observations and initial research show that marijuana use may affect patients’ responses to anesthesia on the operating table — and, depending on the patient’s history of using the drug, either help or hinder their symptoms afterward in the recovery room.

Colorado makes for an interesting laboratory

Since the state legalized marijuana for medicine in 2000 and allowed for its recreational sale in 2014, more Coloradans are using it — and they may also be more willing to tell their doctors about it.

Marijuana users required more than triple the amount of one common sedation medicine, propofol, than nonusers

“It has been destigmatized here in Colorado,” said Dr. Andrew Monte, an associate professor of emergency medicine and medical toxicology at the University of Colorado School of Medicine and UCHealth. “We’re ahead of the game in terms of our ability to talk to patients about it. We’re also ahead of the game in identifying complications associated with use.”

One small study of Colorado patients published in May found marijuana users required more than triple the amount of one common sedation medicine, propofol, as did nonusers.

Those findings and anecdotal reports are prompting additional questions from the study’s author, Dr. Mark Twardowski, and others in the state’s medical field: If pot users indeed need more anesthesia, are there increased risks for breathing problems during minor procedures? Are there higher costs with the use of more medication, if a second or third bottle of anesthesia must be routinely opened? And what does regular cannabis use mean for recovery post-surgery?

But much is still unknown about marijuana’s impact on patients because it remains illegal on the federal level, making studies difficult to fund or undertake.

Difficult to quantify how many of the estimated 800,000 to 1 million anesthesia procedures performed in Colorado each year involve marijuana users

It’s even difficult to quantify how many of the estimated 800,000 to 1 million anesthesia procedures that are performed in Colorado each year involve marijuana users, according to Dr. Joy Hawkins, a professor of anesthesiology at the University of Colorado School of Medicine and president of the Colorado Society of Anesthesiologists. The Colorado Hospital Association said it doesn’t track anesthesia needs or costs specific to marijuana users.

With more states legalizing cannabis, discussions are happening elsewhere, too

As more states legalize cannabis to varying degrees, discussions about the drug are happening elsewhere, too. On a national level, the American Association of Nurse Anesthetists recently updated its clinical guidelines to highlight potential risks for and needs of marijuana users. American Society of Anesthesiologists spokeswoman Theresa Hill said that the use of marijuana in managing pain is a topic under discussion but that more research is needed. This year, it endorsed a federal bill calling for fewer regulatory barriers on marijuana research.

Why Should Patients Disclose Marijuana Use?

No matter where patients live, though, many nurses and doctors from around the country agree: Patients should disclose marijuana use before any surgery or procedure. Linda Stone, a certified registered nurse anesthetist in Raleigh, N.C., acknowledged that patients in states where marijuana is illegal might be more hesitant.

“We really don’t want patients to feel like there’s stigma. They really do need to divulge that information,” Stone said. “We are just trying to make sure that we provide the safest care.”

In Colorado, Hawkins said, anesthesiologists have noticed that patients who use marijuana are more tolerant of some common anesthesia drugs, such as propofol, which helps people fall asleep during general anesthesia or stay relaxed during conscious “twilight” sedation. But higher doses can increase potentially serious side effects such as low blood pressure and depressed heart function.

Limited airway flow is another issue for people who smoke marijuana. “It acts very much like cigarettes, so it makes your airway irritated,” she said.

To be sure, anesthesia must be adjusted to accommodate patients of all sorts, apart from cannabis use. Anesthesiologists are prepared to adapt and make procedures safe for all patients, Hawkins said. And in some emergency surgeries, patients might not be in a position to disclose their cannabis use ahead of time.

Even when they do, a big challenge for medical professionals is gauging the amounts of marijuana consumed, as the potency varies widely from one joint to the next or when ingested through marijuana edibles. And levels of THC, the chemical with psychoactive effects in marijuana, have been increasing in the past few decades.

“For marijuana, it’s a bit of the Wild West,” Hawkins said. “We just don’t know what’s in these products that they’re using.”

Marijuana’s Effects On Pain After Surgery

“We’ve been hearing reports about patients using cannabis, instead of opioids, to treat their postoperative pain,” said Dr. Mark Steven Wallace, chair of the pain medicine division in the anesthesiology department at the University of California-San Diego, in a state that also has legalized marijuana. “I have a lot of patients who say they prefer it.”

Matthew Sheahan, 25, of Denver, said he used marijuana to relieve pain after the removal of his wisdom teeth four years ago. After surgery, he smoked marijuana rather than using the ibuprofen prescribed but didn’t disclose this to his doctor because pot was illegal in Ohio, where he had the procedure. He said his doctor told him his swelling was greatly reduced. “I didn’t experience the pain that I thought I would,” Sheahan said.

In a study underway, Wallace is working with patients who’ve recently had surgery for joint replacement to see whether marijuana can be used to treat pain and reduce the need for opioids.

But this may be a Catch-22 for regular marijuana users. They reported feeling greater pain and consumed more opioids in the hospital after vehicle crash injuries compared with nonusers, according to a study published last year in the journal Patient Safety in Surgery.

“The hypothesis is that chronic marijuana users develop a tolerance to pain medications, and since they do not receive marijuana while in the hospital, they require a higher replacement dose of opioids,” said Dr. David Bar-Or, who directs trauma research at Swedish Medical Center in Englewood, Colo., and several other hospitals in Colorado, Texas, Missouri and Kansas. He is studying a synthetic form of THC called dronabinol as a potential substitute for opioids in the hospital.

Again, much more research is needed

“We know very little about marijuana because we’ve not been allowed to study it in the way we study any other drug,” Hawkins said. “We’re all wishing we had a little more data to rely on.”