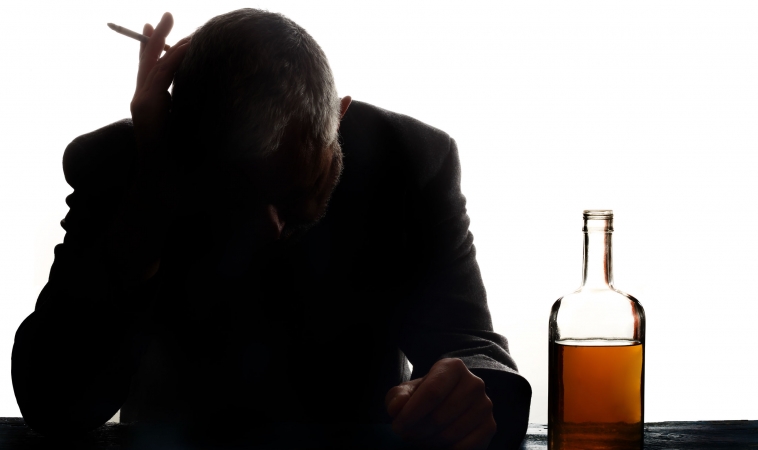 Many people consider quitting smoking as a New Year’s Resolution. If this is you, perhaps cutting back on the amount of alcohol you’re drinking may help.

Recent research has shown that heavy drinkers who try and quit smoking have a much easier time if alcohol use is also reduced. The reason for this may be that the amount of nicotine that stays in the body increases as alcohol intake decreases  – at least in those who drink consistently.

Sarah Dermody, an assistant professor at Oregon State University and the study’s lead author said, “It takes a lot of determination to quit smoking, often several attempts. This research suggests that drinking is changing the nicotine metabolism as indexed by the nicotine metabolite ratio, and that daily smoking and heavy drinking may best be treated together.”

The study was just published in the journal Nicotine & Tobacco Research.

Alcohol and cigarette use is widespread

Dermody and colleagues at the Centre for Addiction and Mental Health in Toronto, Canada, wanted to better understand the links between the two. They studied the nicotine metabolite ratio, an index of nicotine metabolism, in a group of 22 daily smokers who were seeking treatment for alcohol use disorder – the medical term for severe problem drinking – over several weeks.

They found that as the men in the study group reduced their drinking – from an average of 29 drinks per week to 7 – their nicotine metabolite rate also dropped.

The researchers’ findings for men replicated those of an earlier study that found similar effects and provide further evidence of the value of the nicotine metabolite ratio biomarker to inform treatment for smokers trying to quit, Dermody said.

“The nicotine metabolite ratio was thought to be a stable index, but it may not be as stable as we thought,” Dermody said. “From a clinical standpoint, that’s a positive thing, because if someone wants to stop smoking, we may want to encourage them to reduce their drinking to encourage their smoking cessation plan.”

“The rate of drinking for women in the study started low and stayed low,” Dermody said. “I anticipate that in a larger generalized study we would not see the difference between men and women like that.”

Dermody is preparing a new study of the links between smoking and drinking. She hopes to recruit heavy drinkers who also smoke to participate in an intervention to reduce their drinking. The study will also examine the effects on smoking to try and replicate the findings in a larger group.

“This research is demonstrating the value in addressing both smoking and drinking together,” she said. “The question now is how best to do that.”