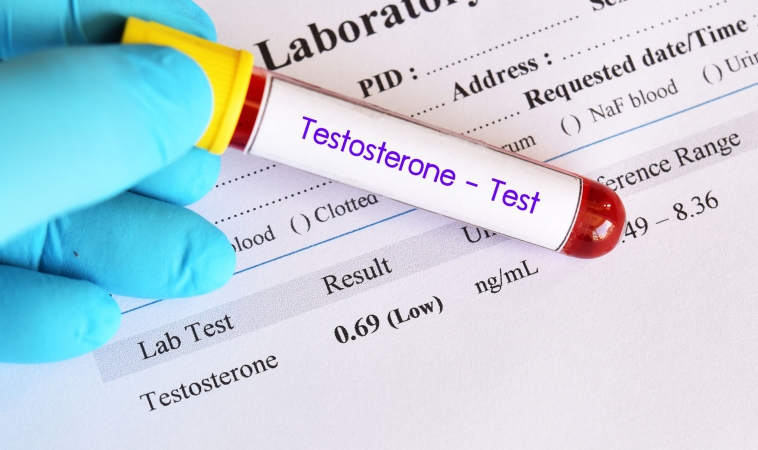 Aging men with low testosterone levels who take testosterone replacement therapy (TRT) are at a slightly greater risk of experiencing an ischemic stroke, transient ischemic attack (TIA), or myocardial infarction, especially during the first two years of use, reports a study appearing in The American Journal of Medicine, published by Elsevier. The findings confirm concerns voiced by many health agencies about the potential risks associated with the treatment.

The study analyzed a large database of electronic medical records of patients enrolled in primary care practices in the United Kingdom and formed a cohort of 15,401 men, aged 45 years or older, with low testosterone levels (hypogonadism). Users of TRT had a 21 percent greater risk of cardiovascular events compared with nonusers, corresponding to an additional 128 events. The increased risk appears to be transient, declining after two years of TRT use, which the investigators attribute to a phenomenon called “depletion of susceptibles.”

“Our findings show that the use of TRT was associated with an increased risk of stroke, TIAs, or cardiac arrest during the first two years of use,” noted Christel Renoux, MD, PhD, Centre for Clinical Epidemiology, Lady Davis Institute for Medical Research, Jewish General Hospital; and Departments of Epidemiology, Biostatistics, and Occupational Health, and Department of Neurology and Neurosurgery, McGill University, Montreal, QC, Canada. “There is limited evidence on the long-term clinical benefits of TRT to effectively treat the modestly declining levels of endogenous testosterone levels of aging but healthy men. We strongly recommend that clinicians proceed with caution when considering prescribing TRT and first discuss both the potential benefits and risks with patients.”

The study specifically aimed to study men with low testosterone levels due to aging and not due to known secondary causes. While reported rates of hypogonadism have remained stable, prescriptions for TRT have soared in the last 20 years, TRT is increasingly prescribed to relieve nonspecific symptoms of aging, such as fatigue and a modest decline in sexual functioning. An interesting finding was that current use of TRT was associated with a decreased risk of overall mortality and past use with an increased risk. While this could indicate some protective effect on mortality, it could also be due to reverse causality, with clinicians discontinuing TRT treatment in patients with deteriorating health. The analysis did have access to the patients’ prior histories and was able to adjust for comorbidities.

Further large and methodologically sound observational studies should be conducted to reaffirm these results. Until such time, the potential cardiovascular risk of TRT should be weighed against the perceived and expected benefits among aging men, a perspective that aligns with warnings issued by health agencies.”