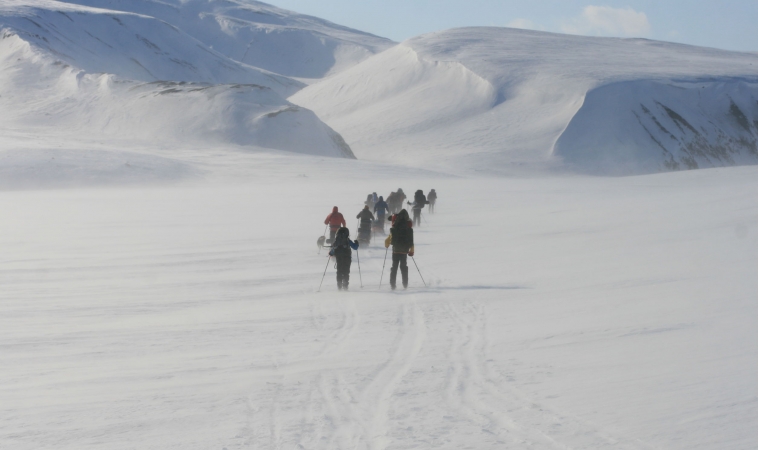 Women who completed a trans-antarctic expedition, entailing vigorous physical training in preparation as well as extreme physical conditions during the expedition, showed no more negative health effects than expected in men. The study was presented at the Society for Endocrinology annual meeting in Glasgow. The study is the first to show that women are no more susceptible to adverse effects of extreme physical exertion than men.

In the past, it has been suggested that the female reproductive system and stress responses may be more sensitive to the effects of extreme physical activity. There has been evidence that vigorous physical exertion can suppress normal reproductive hormone activity in women, impair bone strength and increase stress hormones to a greater extent than in men. However, the reasons why there may be differences in these responses are not understood.

Six women participating in the first all-female trans-antarctic expedition were assessed for the effects of extreme physical exertion on hormone levels and overall health. The study looked at several markers of health before and after the successful expedition. Markers included stress hormones, reproductive hormones, and metabolic hormones, as well as body weight and bone strength. The findings showed that not only were the reproductive hormones and bone strength maintained at healthy levels, but that many of the markers revealed delayed exercise-related benefit 2 weeks after the expedition.

Conclusion of the study

The overall conclusion of the study was that with proper training and preparation, the negative effects of vigorous physical exercise can be avoided, by both men and women. The study may help illuminate the need for proper training and maintenance for individuals who are employed in physically demanding jobs, as well as professional and semi-pro athletes.