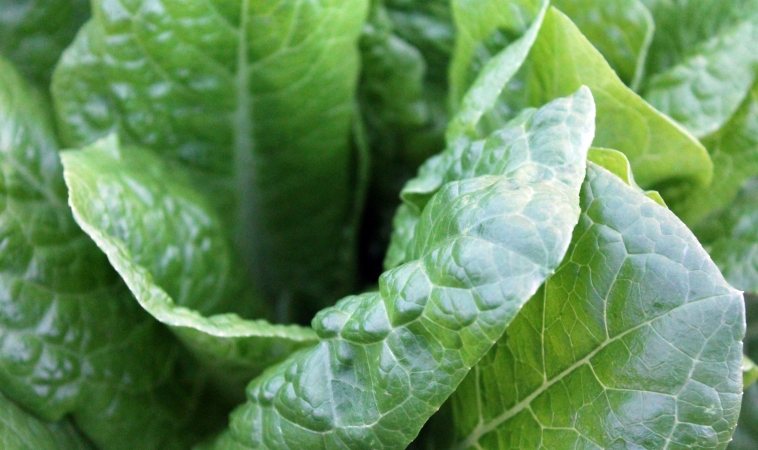 Recently, the NaturalPath sat down with author, Miriam Kalamian, and discussed her new book,Keto for Cancer.

You have a personal connection to the effects of keto and cancer. Can you tell us how you became involved in this fight? 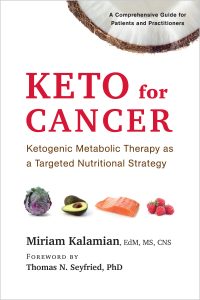 MK: In 2004, we learned that our son had brain cancer. He was just four years old. First-line treatment, fourteen months of weekly chemo, didn’t make a dent. Next, we put him through multiple surgeries followed by a clinical trial but nothing was stopping the relentless progression of his disease. We’d run out of options. Then I literally stumbled across Dr. Thomas Seyfried’s work. He’d speculated that the ketogenic diet could slow the progression of cancer. His basic premise was that cancer uses a lot of glucose to fuel its growth, and a ketogenic diet would limit that supply. He tested this theory on mice implanted with an aggressive form of brain cancer. The results were extraordinary! The mice that were fed a calorie-restricted ketogenic diet lived far longer than the mice that were fed standard mouse chow. Now mice aren’t people, but he’d built his hypothesis on results from a case report on two children with brain cancer along with data from the large number of studies on the positive impacts on calorie restriction.

Can you describe the landscape of cancer and cancer care today, and where it’s gone astray?

MK: We’ve been fighting this War on Cancer since the Nixon era. The National Cancer Institute alone has spent nearly $100 billion dollars on research. And what’s that done for us? Just a couple of drugs that offer the possibility of a cure. Most patients still receive some version of 40-year-old chemotherapy drugs. And those who are treated with radiation are at a much higher risk of developing new cancers at some future point. A huge part of the problem here is the limitations imposed by continuing to believe— despite evidence to the contrary— that cancer is genetic disease. Of course, genes are a part of the picture, but what Dr. Seyfried and others have exposed is the substantial role that mitochondrial defects play in both the origin and progression of the disease.

What is the ketogenic diet, and how does it work relative to cancer treatment?

MK: The ketogenic diet for cancer is a very-low-carbohydrate, adequate protein, high-fat dietary therapy that shifts the body away from reliance on dietary glucose. This shift is normal and natural. In fact, most of us produce ketones overnight while our bodies are in a fasting state. A ketogenic diet mimics the effect of fasting through hormone signaling that stimulates the breakdown of fats for fuel. Fatty acids are the preferred fuel for heart and muscle tissue, but the blood-brain barrier blocks them so our bodies then need to rely on an exquisite adaptation for survival that involves the synthesis of three compounds that are collectively known as ketone bodies. These are small, water-soluble energy metabolites that readily pass that blood-brain barrier to provide up to seventy percent of the brain’s total energy needs. Ketones are a super fuel for most normal cells which act like tiny hybrid engines, seamlessly shifting to the use of ketones as fuel when glucose is in short supply. Fortunately, most cancer cells are not that flexible. When fed ketones, they suffer from the cell equivalent of malnourishment. This slows down their rate of growth, and makes them more vulnerable to anticancer therapies. Another beautiful metabolic adaptation allows glycerol, a waste product of fatty acid oxidation, to be recycled by the liver into glucose which can then supply the rest of the brain’s energy needs along with supplying needed fuel to other glucose-dependent cells, such as red blood cells. Finally, it’s important to understand that this metabolic state — referred to as “nutritional ketosis” — has nothing in common with the dangerous metabolic disorder known as “ketoacidosis”.

Why is this a very radical movement in oncology, and how are the leading scientists addressing it to become more accepted in conventional care?

MK: I want to stress here that the ketogenic diet is not a cure for cancer, and in most cases, it’s not even a stand-alone treatment, either. So it needs to be combined with other therapies. In conventional care, those therapies are mainly chemo, radiation, and a few newer drugs that target specific cells activities associated with cancer progression. Every conventional therapy has side effects. In contrast, ketogenic and other metabolic therapies are non-toxic, and the known side effects are usually managed with vitamin and mineral supplements and some simple tweaks to the diet. We need to come up with combinations taken from the best of both worlds.

People say the diet is hard. What can you say to convince them it’s worth it?

MK: The diet is quite simple: limit carbs, eat enough protein, get enough fat. What’s “hard” is changing our relationship to food. Most of us here in the US have access to unlimited choices in foods but this hasn’t made us healthier as a nation. So it boils down to choice: eat to live by choosing healthy whole foods, or live to eat by relying mostly on packaged or processed foods containing an unhealthy dose of carbs and the wrong kind of fats. When my son was ten years old, he summed it up nicely: “This is crap”. If a child can see through this, then adults should be able to understand what they need to do. But again, let me stress, this is a choice so I don’t ever force my ideas on others. Instead, I lead through education and example.

Your message is very empowering in terms of encouraging people to be self-advocates or advocates for their loved ones. What is your best advice for how patients can most effectively talk to their doctors and as you say “Get in the Game”?

MK: We have every right to have a role in our health care decisions! Some of us don’t believe that. I often hear, “My doctor said I have to…”. Now, your doctor can suggest and even encourage, but he or she can’t make you submit to their plan. In fact, that “consent to treat” is so important to the ethics of clinical trials that every consent form clearly states that your participation is voluntary and that you can withdraw your consent at any time. This is true not just in clinical trials but in your everyday interactions with members of your healthcare team. Most doctors are okay with this but in truth, some will attempt to force you into submission through bullying or intimidation. I’ve had doctors roll their eyes at me, or engage another person in applying pressure. This is a red flag- a strong indicator of a poor doctor-patient relationship. My advice: Find another doctor who will respectfully listen and respond to your questions and concerns. But keep these brief and to the point! 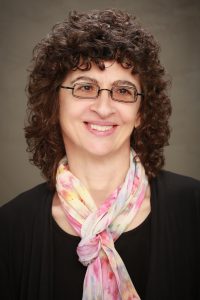 Miriam Kalamian is a nutrition consultant, educator, and author specializing in the implementation of ketogenic therapies. She earned her master of education (EdM) from Smith College and her master of human nutrition (MS) from Eastern Michigan University. She is board certified in nutrition (CNS) by the Board for Certification of Nutrition Specialists.

Inspired by the work of Thomas N. Seyfried, PhD, Miriam draws on a decade of experience to provide comprehensive guidelines that specifically address the many diet and lifestyle challenges associated with a cancer diagnosis.

Miriam is a leading voice in the keto movement. Her passion for helping others implement this diet comes directly from her personal experience. Her son Raffi was diagnosed with a brain tumor in December 2004. Standard of care therapies failed to stop the relentless progression of his disease, and it became painfully clear that she needed to switch gears quickly. That is what originally led her to Dr. Thomas Seyfried’s research supporting the use of the ketogenic diet for cancer.

Beyond cancer, Miriam integrates nutritional strategies with metabolic therapies and lifestyle modifications to develop personalized treatments that address a broad spectrum of conditions that are currently considered intractable, including age-related, neurodegenerative, and bariatric diseases.