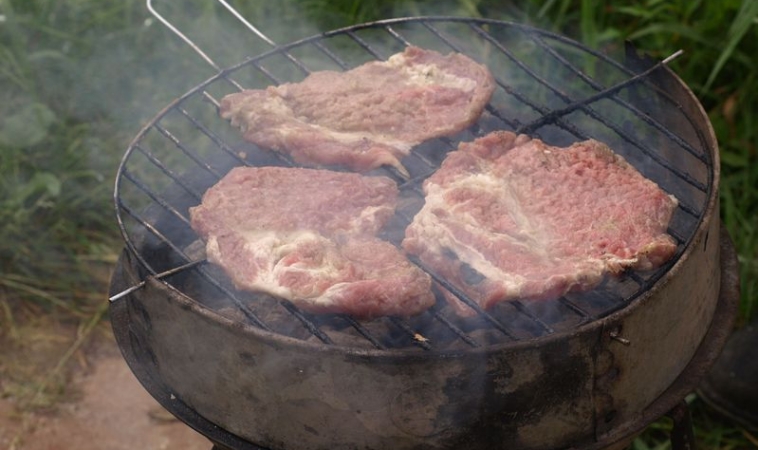 Recently, the IARC (International Agency of Research on Cancer), a part of the World Health Organization (WHO), warned the public that consumption of processed meat and red meat could be linked to cancer. This resulted from the findings for a working group of 22 experts who reviewed over 800 studies.

Most of the studies were most strongly linked to colon cancer, but there was also links to pancreatic and prostate cancer. Red meat fared slightly better than processed meat in the analysis, and the group did admit that red meat holds nutritional value such as B12, which is beneficial. A quote from a nutritional expert in Health Day stated:

“The headlines surrounding this report are alarming, but the findings do not support that eating any and all meat will definitively cause cancer,” said Dana White, a clinical assistant professor of athletic training and sports medicine at Quinnipiac University in Hamden, Conn. “As a registered dietitian, I like to look at the big picture of the overall diet. Red meat can provide important nutrients such as essential amino acids, iron and vitamin B12. When lean cuts are consumed in moderation, it can still fit into a healthy diet.”

Interesting, red meat was classified as a possible carcinogen at the same level as the pesticide ingredient, glyphosate. Now that’s an interesting caveat. I think we have several things going on.

The issue of CAFOs (confined animal feeding operations) and their use of hormones, antibiotics, and GMOs.

CDC lists various health dangers of CAFOs including pathogens, antibiotic resistance, and environmental contamination. All of these aspects impact immune function and can lead to alterations in gastrointestinal microbiota and result in shifts in immune regulatory signals. Due to the fact 80% of antibiotics are being used in the meat industry, this would negatively impact the animals’ microbiome and ultimately the consumers.

Furthermore, these CAFO animals are being fed food which is chemical-laden and contains GMOs, also effecting the microbiome. We know that the gut microbes in someone’s belly causes differences in the breakdown of specific components of meat. This was made evident by the studies in 2013 that linked the metabolite trimethylamaine-N-oxide (TAMO) to meat eaters with compromised guts. This was not found in vegetarians who had a different microbiome or in meat eaters with a sterile belly.

According to Health Day:

“Meats processed [treated with chemicals, or smoked/cured, to allow longer storage] seem to have a stronger relationship with the development of cancer, and may deserve special attention to ascertain why,” said Dr. Arun Swaminath, director of the inflammatory bowel disease program at Lenox Hill Hospital in New York City.

“One mechanism is that this processing increases the level of aromatic amines and aromatic hydrocarbons in the food, which can cause damage to human DNA, which increases the risk of colon cancer,” Swaminath explained.

Adding to this is statement, processed meat from CAFOs would get a double whammy.

It would be interesting to see the difference in cancer risk between those who ate organic meats with a balanced diet verses those who ate processed meat and conventional red meat.

Most Americans are eating too much meat and too little phytonutrients. Fiber and flavonoids are needed for that precious microbiome along with balancing anti-inflammatory fats. Meat is only part of the equation. We have had evidence from observational studies that fiber-rich diets are protective against colon cancer, which has since been less clear. I think it’s important to point out that this recommendation was based on associations and many other factors are important with mitigating cancer risk.

That being said, I think excessive consumption of red meat and eating processed meat is not a wise idea for most people who wish to obtain optimal health. However, meat is usually a very nutrient-dense food and necessary for many to maintain a balanced diet.

For more information, check out the press release from the World Health Organization.

CDC. Understanding CAFOs and their Impact on Communities. Accessed at: http://www.cdc.gov/nceh/ehs/Docs/Understanding_CAFOs_NALBOH.pdf