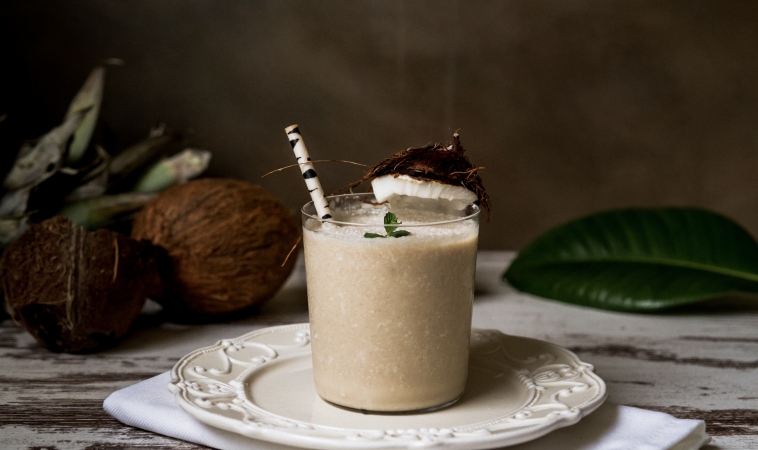 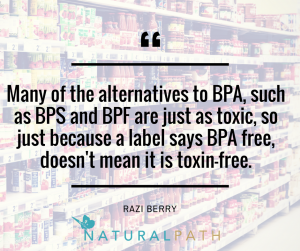 Coconut milk is a really hot staple right now. Who doesn’t love it? You can use it to make curries, dairy-free ice cream, and so many paleo delights. Now that the holidays are upon us, there are more reasons to use not only coconut but pumpkin. I’m seeing recipes everywhere, from pumpkin lattes to paleo pumpkin puddings that call for canned pumpkin. Canned foods seem great when you need a last-minute dinner, or maybe your vegetables always go bad before you’re able to use them, so canned vegetables are your staple. Especially with the Holidays approaching quickly, we feel that canned foods make our life easier. However, are using canned foods worth the health risk? “What we eat is one of the most important determinants to our health and how we feel. Wholesome, nutritious foods have the potential to prevent disease and modulate our wellness.”[1] Canned foods are not only unhealthy, but they pose multiple dangers to our families.

Canned Foods and Bisphenol A

We go through so many steps to make sure we reduce our BPA exposure. We buy BPA free water bottles, cookware and other plastic items. However, not many people are aware of BPA in canned foods.

Most canned foods have a plastic coating inside the can to allegedly keep the food fresh. Well, it may keep the food fresher, but this comes at the cost of harming you and your family. The inner plastic lining is toxic, and although the FDA tells us that the small amounts should not worry us, BPA is harmful to your health. BPA is a toxic chemical that causes hormone imbalances and a wide variety of health issues ranging from hypertension, aggression, obesity to cancer and heart disease.[2]

Per the FDA, “17% of the American diet comes from canned foods yet there are no regulation or safety standards regarding the amount of BPA in canned foods. A study by Environmental Working Group shows that more than 60% of cans with brand names have toxic BPA in them.”[3] A new report by a non-profit group tested various canned food companies who stated that they do not use BPA in their cans. The report found that “all the Campbell’s cans tested [positive], 71% of those from Del Monte tested [positive] and 50% of sampled General Mills cans contained BPA.”[4] You can read the full report here.

BPA is dangerous to our health, and the fact that it is so abundant in our pantries[5], means that we need to rethink what we are feeding our families and how we are preparing it. For those who have a hard time avoiding canned foods, here are a few tips to avoid BPA in canned foods.

Many of the alternatives to BPA, such as BPS and BPF are just as toxic, so just because a label says BPA free, doesn’t mean it is toxin-free.

Due to the cost of production, American companies import their canned foods because it’s cheaper. In the end, they pay less for the product and make a higher profit. The issue with this is that not only is the quality of food lower, but it can pose health risks.

Ethel Tiersky of Shelf Life Advice tells us why imported canned foods are bad. “First, the foods are picked when they are not ripe and have 80% less nutrients. Second, the facilities are not as hygienic or inspected on a regular basis as their counterparts in Europe and North America. Hence, the cause of a few incidences of outbreaks in the last 20 years, like the famous incident regarding canned green beans from Brazil. Less than 2% of canned foods are inspected by FDA or Home Land security or any other organization (e.g. EPA for environmental monitoring).”[6]

According to food scientist, Dr. Karin Allen, the “main problem with imported foods is not contamination with pathogens; it is label compliance. In other words, some products contain ingredients not allowed in foods in the U.S. These include pesticides, additives banned in the U.S., or common allergens that the FDA requires be listed on the package but aren’t actually listed.”[7]

The convenience of importing canned foods is not worth the health risks it poses to your family. Nothing is scarier than knowing that the food you are eating may contain chemicals or even ingredients that are not listed on the label. Make your kitchen a healthier place by substituting canned foods for fresh and safe ingredients.

In a previous blog, we made readers aware that using aluminum cookware leads to aluminum leaking into your food. So, why would using aluminum to can foods be any different? Well, it is not. Although canned foods keep food edible for long periods of time, they are unsafe for your family because the aluminum leads to environmental and health issues.

Aluminum cans do affect our environment and even pollution levels. “One-third of all aluminum manufacturing plants use coal when they produce aluminum cans. Another 10 percent rely on other fossil fuels, such as oil and natural gas. Fossil fuels, although a common energy source in the manufacturing industry, are limited. Once the earth exhausts its supply of fossil fuels, creating more isn’t an option.”[8] Aluminum is not only bad for the environment, but it is bad for your health.

Most people are unaware that most often, foods are put into aluminum cans, sealed, and then cooked, which supposedly retains the freshness.[9] Since cans leak aluminum when heated, the plastic lining (which contains BPA anyway) inside the cans does nothing to protect your food from being poisoned.

The consumption of aluminum over time has been linked to health issues such as Alzheimer’s, amyotrophic lateral Sclerosis, anemia, blood disorders, colic, dental caries, dementia, hypoparathyroidism, kidney malfunction, liver dysfunction, neuromuscular disorders, osteomalacia and Parkinson’s.[10] It’s quite safe to say that your health is not worth sacrificing for the convenience of eating canned foods.

Canned foods have a shelf life of years. So, it is probably assumed that there are some preservatives in the canned food we consume. However, there are negatives to eating these preservatives. Although the FDA claims that “there has been no proof that these preservatives would cause major damage to human cells or that they are harmful to mass public”[11], there is research that would prove otherwise.

A recent study on consumers’ knowledge and perception of preservatives found that “62% of subjects studied were unaware of the many health issues associated with preservatives. These health issues included breathing difficulties, negative behavioral changes, heart damage, and cancer.”[12] Preservatives are also known to be unhealthy as they require excessive sodium to stay fresh. This means canned food can include up to 1000 mg of sodium, which is not only excessive but extremely unhealthy.

What I Use Instead of Canned

So, you may be wondering what to use in place of your canned staples? For pumpkin, I just preheat my oven to 350F  and roast an organic sugar pumpkin for 30 minutes. You can actually just pop it in the oven and scoop out the seeds and separate the flesh quite easily. Sweet potatoes and butternut squash work just as well, becasue the “pumpkin” flavoring that recipes call for is really usually the blend of spices (nutmeg, cinnamon, cloves). As a replacement for canned coconut milk, I buy coconut manna that is packages in jars. Coconut manna is the fat and flesh of the coconut and you just add water to make coconut milk. For stock, check out this recipe for Collagen-Rich Golden Broth for Beautiful Skin, the flavor is much deeper and wont contain hydrolyzed yeasts and other hidden sources of MSG.

Razi Berry, Founder and Publisher of Naturopathic Doctor News & Review (ndnr.com) and NaturalPath (thenatpath.com), has spent the last decade as a natural medicine advocate and marketing whiz. She has galvanized and supported the naturopathic community, bringing a higher quality of healthcare to millions of North Americans through her publications. A self proclaimed health-food junkie and mother of two; she loves all things nature, is obsessed with organic gardening, growing fruit trees (not easy in Phoenix), laughing until she snorts, and homeschooling. She is a little bit crunchy and yes, that is her real name.

[1] Dr. Sarah Lobisco, 2016. FOOD AS MEDICINE, FOOD AS POISON, DEALING WITH FOOD AS A (SWEET) ADDICTION: PART I. https://naturalpath.net/body/food-medicine-food-poison-dealing-food-sweet-addiction-part/