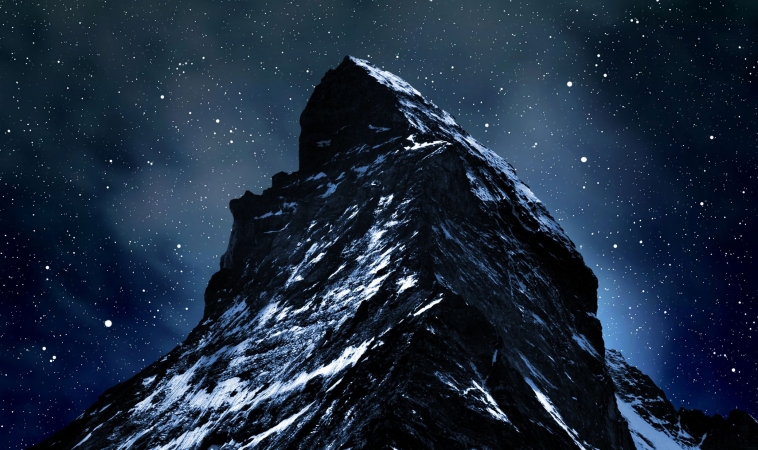 I’m amazed at what I learn from my second-grade son, who is lurrently studying landforms– plateaus, glaciers, volcanoes, oceans, etc. Specifically I was thinking about mountains. During my cycling class this morning, I had a vision of myself at the tip of the mountain. It’s quiet up there, still, and it offers such amazing perspective. Immediately underneath me, the substance of that mountain, was the transformed remains of everything that ever was, those who have most influenced me- my partner, my son, my dad and mom.  Below them was my brother and sisters, my best friends, past loves, and my most favorite dogs and horses. And still below them was my ancestors and my greater community, themselves supported by all those who came before, whose deaths and return to the earth made the substance on which I stand. I thought about how I am the top of the mountain, only because there is much more at the foundation of who I am than just the physical body I call myself. I am that which came before me and it is only by my own death, will someone/something advance beyond me. Let me be clear that the deaths I’m mentioning are not simply “end of life” deaths, but the little deaths– death of opinions, death of ways of thinking, death of being right, letting go of unnecessary “stuff”, and death of hard and fast definitions and ideas. Previous, immature, outdated notions of myself got me to where I am, but as life rolls along, most are no longer needed. So, like the leaves, they fall to the earth to decay and build up the soil, which supports new life.

What happens if young men don’t have a connection to those that precede them? What is lost when that foundation is not there? Might that lead to anger? Might that be why people are fearful, grasping for some level of secure footing? Reaching quickly for weapons, distractions, drugs? It’s hard to tolerate the feeling of insecurity and no sense of place. How can men regain that solid footing? When my patients feel this way, the most effective tool I have used, is to encourage the abyss. When I have the rapport, I ask them what needs to die. This is the magic of Winter Solstice and it blows me away and the responses I get, from gut-wrenching emotional release, to fear-based hard anger. But nearly always, is followed, an expression of gratitude.

Remember those who built the foundation of the mountain on which you stand, and try a few “letting go” measures, in honor of Winter Solstice.

If we are to become like the mountain, there isn’t so much something that needs to be done, but rather a dying to the urge to make something happen and a waiting or allowing for something new to support our rise. It’s not about sitting around and waiting, but rather an active remembering (great word: re-member-ing) of that which precedes and forms us. We may never have spoken to those men, those ancestors, who came before us, but they were there. No soil simply manifested. It was the wearing away of something previous. I’m reminded here of plastic flowers. Are they simply a metaphor of our inability to let things die? We want the security of permanence, but “artificial” can’t easily become soil. If we cling to sustained permanence, we can’t decompose and make new soil upon which to stand. This holiday time approaching Winter Solstice represents the return to our inner selves and the reflection on our year. In opposition to Summer Solstice, when we are our most outward and gregarious selves, December’s contemplative nature is more solitary, like sitting atop a mountain.

In thinking about my own “letting go” and the “return to the earth”, I decided to rake the leaves out in the yard and pile them on the garden, as a symbolic decomposing gesture. Then I took a look at the kitchen cupboards- it was time to clean out the old, and make way for the new, including unused herbs and spices, half used containers of a baking mix, and several bags of hardened raisins, dates and who knows what else, all of which could be composted. And though it wasn’t going to help build my soil, for good measure, I hit my closet as well. There were certainly clothes to give away, to help build up someone else’s foundation.

What are some ways you might be able to symbolically practice “letting go” and “returning to the essential self”, embracing the true meaning of Winter Solstice?

Here are a few suggestions:

Remember, that the great teachers of the world taught us that it is only by dying that we are able to rise. There is no clearer example of this than Nature. Take a page from the world outside, and let parts of yourself die, be composted, built into a foundation of soil for your future growth, and all those who will come after you are long gone.

Here’s an exercise in remembering the men who paved our way. I use it in some of my men’s classes. It starts by saying, “I am your name, son of your father’s name, son of your grandfather’s name,” going back as far as you can. For example, I am Steven, son of Darryl, son of Walter, son of Martin, son of Michael. Every year at this time, I turn off the lights, with the exception of the Christmas tree, and do this exercise, and I think about my dad, and I just have a conversation in my mind with him. It connects me deeply into who I am, because of the ground on which I stand.

Dr. Steve Rissman is a full-time associate professor in the Department of Health Professions at Metropolitan State University of Denver, teaching in the Integrative Health Care program. He teaches Clinical Pathophysiology, Men’s Health, Men Across Cultures, Men and Anger, and several other classes. Dr. Rissman has studied, taught and worked in the field of men’s health for over twenty years and has led the way in lighting the path for young men embarking on the journey to better know themselves. In a new facet of his professional life, Dr. Rissman is the primary investigator in a research project looking at qualities of great men- men who know their purpose in life and hold a larger vision for what is possible.