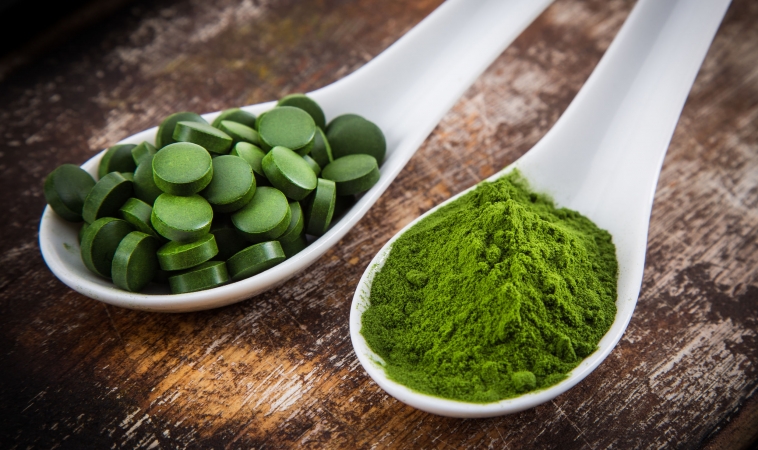 Spirulina, or “blue-green algae,” is commonly considered a “superfood” due to its myriad of health properties. The food is actually a special kind of bacteria called a cyanobacterium – Arthrospira platensis – that has the unique ability to photosynthesize, just like plants. It has been used as a food source by various cultures for thousands of years, including the Aztecs.

Current research found an extract from spirulina that may cause vasodilation

Current research from the Vascular Physiopathology Laboratory of the I.R.C.C.S. Neuromed in Pozzilli, Italy has found an extract from spirulina that may cause vasodilation and help treat arterial hypertension.1

Researchers isolated a peptide from spirulina capable of dilating arteries

Researchers from the University of Salerno, Sapienza University of Rome and Federico II University of Naples isolated a peptide from spirulina that is capable of dilating arteries. The dilation of arteries is the mechanism of an antihypertensive effect. The effect of the peptide has been tested on isolated arteries and animal models.

Gastrointestinal digestion on the raw extract of spirulina

“Our research started by conducting simulated gastrointestinal digestion on the raw extract of spirulina. In other words, we reproduced what happens in the human gut after ingesting the substance. This way we have been able to isolate the peptides that would be absorbed by our body, “says Albino Carrizzo, first author of the paper.

The peptide, SP6, has been identified for the first time. When it was introduced to isolated blood vessels it showed significant vasodilatory effects. It was then given to hypertensive animals with a significant result of lowering blood pressure.

What we know now

“We know,”says Carmine Vecchione, Professor at the University of Salerno and head of Vascular Physiopathology Laboratory at Neuromed Institute, “that hypertensive patients often have a defect in the natural processes that, by the action of nitric oxide, regulate endothelium. The peptide we isolated in spirulina extract acts positively on this mechanism. Of course, further researches will be necessary, but we think that SP6 could be a natural adjuvant to common pharmacological therapies in order to improve endothelial function and, consequently, combat hypertension.”​​