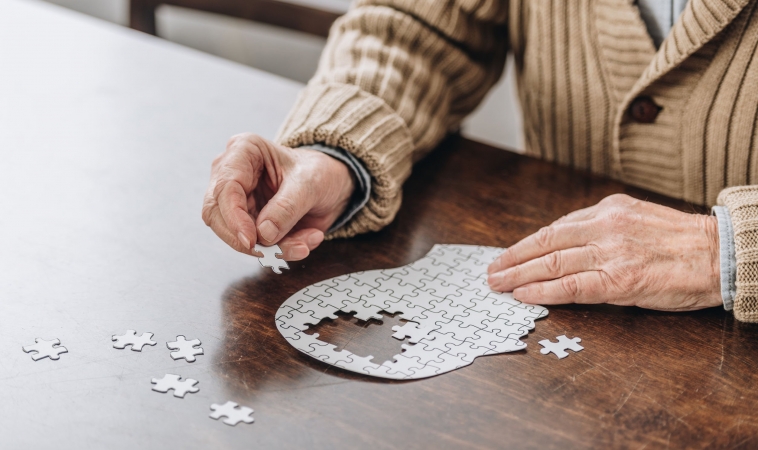 Last year, Dr. Ronny Jackson, then the White House physician, gave Donald Trump a standard test to detect early signs of dementia — and said the president had scored a perfect 30. “There is no indication whatsoever that he has any cognitive issues,” Jackson said at the time in front of TV cameras.

A wave of interest in the screening tool sparked by publicity

Trump’s team embraced the result, with Donald Jr. boasting on Twitter: “More #winning.” The publicity sparked a wave of interest in the screening tool. Much was written about what the test showed — or didn’t — about the president’s mental acuity. A media outlet even posted its questions online, suggesting readers could measure whether they were “fit to be U.S. president.”

Dr. Ziad Nasreddine, the creator of that test, the Montreal Cognitive Assessment, went with it. Within weeks, the Lebanese-Canadian neurologist and his colleagues were working on “mini-MoCA,” an online exam for anyone to take who was worried about his own cognitive decline. Nasreddine said at the time that he might charge the masses $1 or $2 per test.

Now Nasreddine has changed course. He says growing worries about the validity of test results — and possible liability for errors — have pressed him to require those who administer the test to pay for mandatory certification to make sure the results are accurate.

Further examination of the results called into question, even perfect scores

“I’ve seen so much variability, which might make us reconsider some of the decisions made based on the MoCA score,” said Nasreddine, who has reviewed hundreds of exams administered to patients in recent years.

Training and certification have been voluntary for years. But starting Sept. 1, most clinicians who administer the MoCA will be required to complete a one-hour, $125 online course, said Nasreddine, who holds the copyright to the test.

Starting Sept. 1, most clinicians who administer the MoCA will be required to complete a one-hour, $125 online course

Nasreddine, director of the MoCA Clinic and Institute in Quebec, Canada, wouldn’t speculate about whether Trump’s test was accurate. Officials with the White House and the Navy, where Jackson is a rear admiral, did not respond to questions about the issue. Jackson did not reply to an email seeking comment.

The move to require certification — and particularly to charge for it — sparked outrage among geriatricians like Dr. Eric Widera of the University of California-San Francisco. He accused Nasreddine of creating a “pay to play” scenario that profits from a growing need and the test’s ubiquitous use.

“It raises huge red flags,” Widera said. “This is a growing issue, the monetization of tools that we promoted as the standard.”

It’s a controversial change for an exam that is used by doctors and other health professionals in nearly 200 countries to screen people for potential problems with memory and thinking.

In the U.S., the MoCA is a go-to tool used in about 8,000 visits each year to the 31 Alzheimer’s Disease Research Centers funded by the National Institute on Aging. The 30-question test assesses various cognitive domains through exercises that include drawing a cube, drawing a clock with hands set at a specific time, naming certain animals, memorizing a series of words and calculating numbers in a certain way.

Until now, the MoCA screen has been free for clinicians

Until now, the MoCA screen has been free for clinicians, making it a cheap, easy way to tell if someone should proceed to the more detailed evaluations used to make an actual diagnosis of dementia.

After Sept. 1, 2020 — a year after the training requirement begins — access to the test will be restricted to certified users, Nasreddine said. Only medical students, residents and fellows, and neuropsychologists will be exempt. Two-year recertification is optional and will be offered at half the original cost. Group rates will be available for institutions and government bodies to make the training affordable.

Still, Widera said he worries that requiring MoCA certification will deter nonspecialists from testing for early signs of dementia.

Studies estimate that somewhere between about 500,000 and 1 million Americans age 65 or older will develop Alzheimer’s disease this year.

Nasreddine said he has seen testing errors after reviewing hundreds of MoCA exams given by doctors and others who didn’t properly follow a four-page list of directions.

“On some tests, scores varied by as much as 5 points in the same patient over a few weeks,” Nasreddine said.

“That is a lot of points out of 30,” he said. “If it’s within the same month, it’s not because the disease changed that quickly.”

Widera and others acknowledged that errors can occur in administering and interpreting the MoCA or any tool.

“There may be operator error,” he said. “That’s true for everything we do in medicine. Nobody licenses us every two years to use a stethoscope.”

Nasreddine said he and his team have been threatened with lawsuits — though it appears no cases have been filed — by people who said they were harmed by the results of tests given by health professionals who lack specialized dementia training.

“One man, they stripped him of his legal rights, put him in the nursing home — all … because he scored 15 or 20 on the MoCA test”

“One man, they stripped him of his legal rights, put him in the nursing home — all … because he scored 15 or 20 on the MoCA test,” said Nasreddine, who in addition to running a memory clinic is an assistant clinical professor at McGill University and the University of Sherbrooke in Canada.

A nurse who had been having mild attention problems lost her job “because the psychiatrist who ran the test on her was not trained and didn’t do it well,” Nasreddine said, adding: “They’re blaming us.”

Regular users of the MoCA likened the controversy over the exam to the recent fate of another cognitive screening tool, the Mini-Mental State Examination.

That test, known as the MMSE, was used widely for 30 years before its authors began enforcing copyright protection and then granted an exclusive license to a third-party firm. A licensed version of the MMSE is now sold for $89 for a package of 50 tests.

“First, we gave up the #MMSE and now we will renounce the #MOCA,” Aronson tweeted on June 28. “Lessons in putting profit ahead of patients and #healthcare. Disappointing is the most polite word I can think of.”

Nasreddine said he has received many emails from MoCA users happy with the mandatory certification, adding that “the purpose of the training is to make the test more reliable and valid.”

Kaiser Health News (KHN) is a national health policy news service. It is an editorially independent program of the Henry J. Kaiser Family Foundation which is not affiliated with Kaiser Permanente.