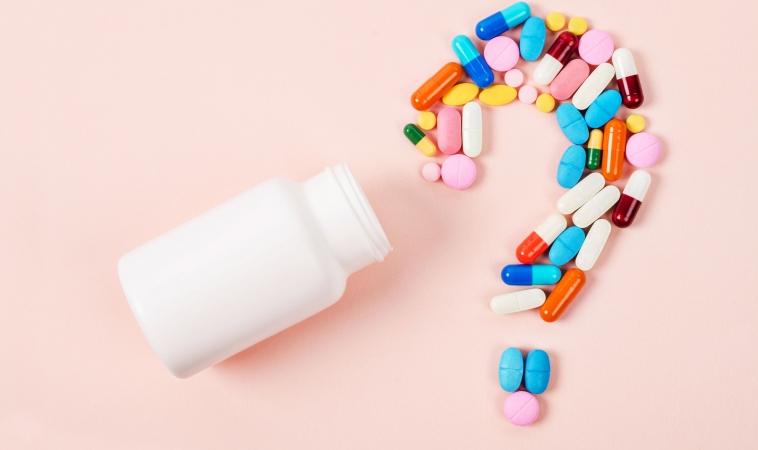 A team of scientists, led by researchers at University of California San Diego School of Medicine, report that a class of drugs used for a broad array of conditions, from allergies and colds to hypertension and urinary incontinence, may be associated with an increased risk of cognitive decline, particularly in older adults at greater risk for Alzheimer’s disease (AD).

The findings were published in the September 2, 2020 online issue of Neurology, the medical journal of the American Academy of Neurology.

Anticholinergic drugs are widely used for dozens of conditions, minor and major. Some of these medications require a prescription, while others can be purchased over the counter. They work by blocking acetylcholine — a type of neurotransmitter or chemical messenger known to be critical for memory function — from binding to receptors on certain nerve cells. The effect is to inhibit parasympathetic nerve impulses, which are involved in a variety of involuntary muscle movements, such as those in the gastrointestinal tract and lungs, and bodily functions like salivation, digestion and urination.

Researchers reported that cognitively normal study participants who were taking at least one anticholinergic drug at baseline were 47 percent more likely to develop mild cognitive impairment (MCI), often a precursor to dementia such as AD, while being tracked over a period of up to a decade compared to participants who did not take such drugs.

“This study, led by Alexandra Weigand, suggests that reducing anticholinergic drug use before cognitive problems appear may be important for preventing future negative effects on memory and thinking skills, especially for people at greater risk for Alzheimer’s disease,” said senior author Lisa Delano-Wood, PhD, associate professor in the Department of Psychiatry at UC San Diego School of Medicine. Weigand is a graduate student in the San Diego State University/University of California San Diego Joint Doctoral Program in Clinical Psychology.

688 adults were involved in the study

Six hundred and eighty-eight adults were involved in the study, evenly divided by sex with an average age of 74. None of the participants displayed cognitive or memory problems at the beginning of the study. Each reported whether they were taking anticholinergic drugs. One-third were taking such medications, with an average of 4.7 anticholinergic drugs per person. Participants were given annual comprehensive cognitive tests for up to 10 years.

The scientists also looked at whether participants had biomarkers for AD in their cerebrospinal fluid, such as certain types of proteins, or a well-known genetic risk factor for AD. They found that participants with AD biomarkers who were taking anticholinergic drugs were four times more likely to develop MCI than persons lacking biomarkers and not taking the drugs.

Similarly, persons at genetic risk for AD who took anticholinergic drugs were approximately 2.5 times more likely to develop MCI than those without genetic risk factors and who were not taking the drugs.

“We believe this interaction between anticholinergic drugs and Alzheimer’s risk biomarkers acts in a ‘double hit’ manner,” said Weigand, the study’s first author. “In the first hit, Alzheimer’s biomarkers indicate that pathology has started to accumulate in and degenerate a small region called the basal forebrain that produces the chemical acetylcholine, which promotes thinking and memory. In the second hit, anticholinergic drugs further deplete the brain’s store of acetylcholine. This combined effect most significantly impacts a person’s thinking and memory.”

“This points to a potential area for improvement since reducing anticholinergic drug dosages may possibly delay cognitive decline,” said Weigand. “It’s important for older adults who take anticholinergic medications to regularly consult with their doctors and discuss medication use and dosages.”

Delano-Wood noted that more work is needed to examine brain and cognitive effects of anticholinergic medications and whether these medications accelerate age-related cognitive changes or directly lead to neurodegenerative disorders, such as AD. “Clinical ‘deprescribing’ studies are currently underway at certain research sites across the nation in an effort to investigate whether reducing or stopping use of these drugs does, in fact, lead to reductions in progressive cognitive impairment,” Delano-Wood said.