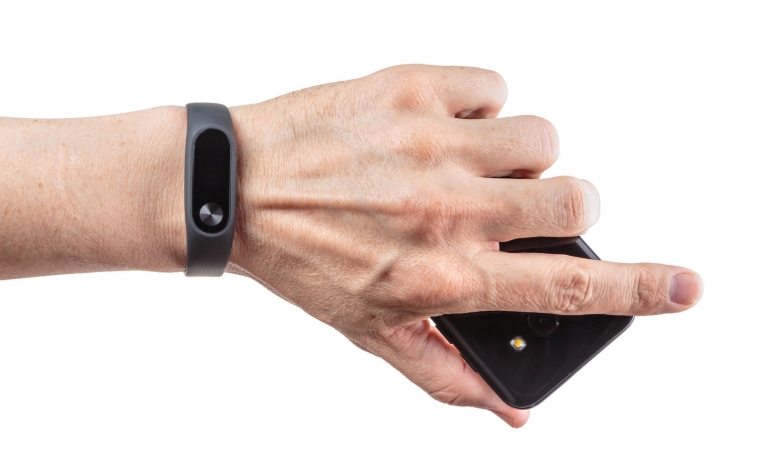 Alcohol biosensors suitable for use by everyday drinkers are a step closer, following a positive study of prototype devices published in the journal Alcoholism: Clinical & Experimental Research. Keeping track of alcohol intake can be challenging, given variation in standard drink sizes and impaired awareness as blood alcohol levels rise. Discreet devices that track alcohol levels could help people make more informed decisions about when to stop drinking and could potentially reduce alcohol-related road deaths.

‘Transdermal’ sensors ─ which rest against the skin and measure the amount of alcohol in perspiration ─ show the most promise as continuous alcohol sensors appropriate for widespread use, despite a time delay from when alcohol is consumed to when it can be detected transdermally. Ankle-worn transdermal sensors are already available, but their large and bulky design has limited their use to specific applications in research and the criminal justice system. Recently, advances in electronics and wireless communication have given rise to a new generation of wrist-worn sensors of smaller size and greater wear-ability.

First systematic evaluation of data from the new generation sensors

In the first systematic evaluation of data from the new generation sensors, researchers from the University of Illinois at Urbana-Champaign used laboratory methods to compare prototypes of a wrist-worn device called BACtrack Skyn with AMS SCRAM, an established ankle-worn device. Thirty young adults wearing both devices received either a dose of alcohol intended to bring them up to the legal driving limit (target blood alcohol concentration 0.08%) or a non-alcoholic beverage as a control. Data from the Skyn device (worn on the inside of the wrist) were transmitted via Bluetooth to a custom smartphone app. Participants also provided regular breathalyzer readings until they left the lab.

By providing preliminary evidence for the validity of the new-generation of wrist-worn sensor, the study takes an important first step for everyday drinkers seeking to monitor their alcohol intake. Although the lag time versus breath alcohol concentrations was modest (averaging around 24 minutes), advanced machine learning algorithms may in future reduce this further. However, the researchers caution that other key challenges remain before the devices are ready for real-world implementation. More reliable and robust prototypes will be required. Also, field testing in large and diverse groups of people drinking variable alcohol doses in real-world conditions will be necessary for comprehensive assessment of the relationship between transdermal and blood alcohol concentrations.