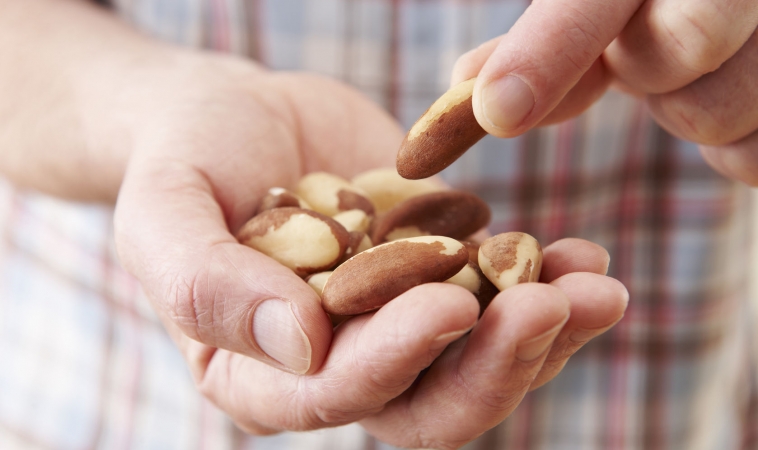 A recent analysis of current research demonstrated that people who eat at least 20g of nuts a day have a lower risk of heart disease, cancer and other diseases. Twenty grams is about a handful. The research team, from the Imperial College London and the Norwegian University of Science and Technology analysed 29 published studies from around the world that included around 819,000 participants; more than 12,000 cases of coronary heart disease, 9,000 cases of stroke, 18,000 cases of cardiovascular disease and cancer, and more than 85,000 deaths(1).

Study co-author Dagfinn Aune from the School of Public Health at Imperial commented: “We found a consistent reduction in risk across many different diseases, which is a strong indication that there is a real underlying relationship between nut consumption and different health outcomes. It’s quite a substantial effect for such a small amount of food.”

There seemed to be some variation across populations that were studied, men and women, regional differences, and people with different risk factors, but the benefits associated with nut consumption was consistent across most of them. The study included all kinds of nuts, including peanuts, and found that the results were similar regardless of they type of nuts consumed. Also, there seemed to be little-added benefit from consuming more than 20g of nuts per day.

Nuts are incredibly dense nutritionally. They are high in antioxidants which fight oxidative stress and are also high in many minerals such as magnesium and zinc. Nuts contain a great balance of fiber, protein and polyunsaturated fats, all things that are beneficial for reducing cardiovascular disease and reducing cholesterol levels.