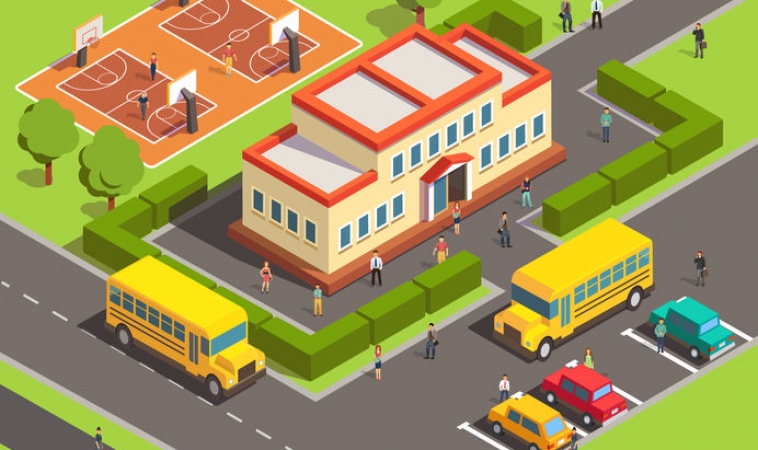 Health care and education systems are two main pillars of a community’s stability. How well and how quickly a community recovers following a natural disaster depends on the resilience of these essential social services.

New research from the Colorado State University Department of Civil and Environmental Engineering, published in Nature Scientific Reports, has found hospitals and schools are interdependent, suggesting their collective recovery must be considered in order to restore a community in the wake of disaster.

Because hospitals and schools are so integral to a community’s well-being, Associate Professor Hussam Mahmoud and Ph.D. graduate student Emad Hassan wanted to determine the correlation between them to understand their overall influence on community recovery following extreme events. They found extensive direct and indirect relationships between health care and education, indicating recovery of one system relies on recovery of the other.

“This quantification has never been done before, so it was exciting to show that they depend on each other quite a bit,” Mahmoud said. “Synchronizing the recovery might actually be very important if you want to optimize the overall recovery for the community.”

Checking in on Centerville

A community’s health care and education systems are complex on their own. Each has its own facilities and functions, requiring infrastructure, staff and supplies. To examine the intricate interactions between these systems, Hassan and Mahmoud comprehensively modeled hospitals, schools, community-built environments and even community members.

They based their study on a virtual community called Centerville, complete with physical, social and economic sectors and 50,000 individuals. The model was so detailed that the imaginary residents had their own roles within the community and were able to interact, learn, adapt and make decisions.

“The study, with this level of resolution, enabled us to capture interdependencies between hospitals and schools at the family and individual levels, which surprisingly showed that the two systems are significantly related and have an enormous role in community recovery after disasters,” said Hassan, who was awarded a grant from the American Geophysical Union to present the research at the AGU Fall Meeting 2020.

Working within the NIST Center for Risk-Based Community Resilience Planning at CSU was helpful to understand the nature of these complicated systems from different perspectives, he said.

The study revealed the compounded role of hospitals and schools in communities’ social stability and allowed the researchers to apply different strategies to these systems that might accelerate the whole community recovery after disasters.

Now the modeling approach Hassan and Mahmoud developed can be used to investigate other systems subjected to various kinds of disasters.

How stable is your community?

Mahmoud hopes this tool and deeper understanding of how these interdependent systems function will help communities recover faster, rather than wither, following disaster. He points to Butte County, California, where the population has dropped by 11,000 in the aftermath of the Camp Fire, which badly damaged the only local hospital.