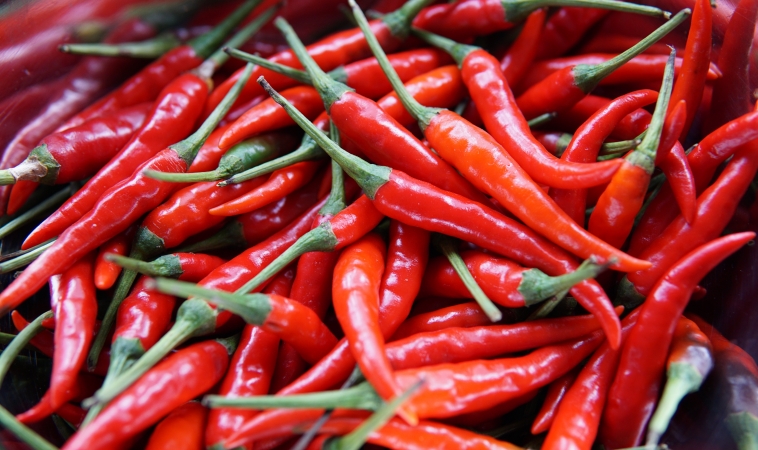 An ongoing research study has shown that a receptor that is principle in regulating the immune response in the brain following a traumatic brain injury (TBI) is also activated by capsaicin, a compound found in hot peppers.1 The receptor is located on immune cells, and actually can be activated by extreme physical heat as well, not just the chemical heat produced by capsaicin. The research is striving to find new ways to change long-term inflammation in the brain following a TBI.

Many of the deaths that are caused by TBI, and much of the sequela that occurs after, is secondary to the actual collision that caused the initial head trauma. The prolonged inflammation in the brain is the actual problem. This inflammation is important in the short term as damaged areas from head trauma need to be sequestered and eliminated, and the brain repaired. The problem occurs when this sequestering and elimination process doesn’t heed to the repair phase of the inflammatory response. This switch could be linked to the activation of a receptor – transient receptor potential vanilloid-1, or TRPV1.

There is going to be some brain cell loss during an immune response, triggered by a TBI

During an immune response, triggered by a TBI for instance, there is going to be some brain cell loss. Macrophages arrive in the brain to consume the cellular debris created by the traumatic injury – this clears the pathways for the healthy cells to communicate with one another. These macrophages, called M1, are known to be the pro-inflammatory ones, and produce cytokines that tell the bone marrow to produce more cells like them to help with the “clean-up.”

Another type of macrophage, called M2, offer anti-inflammatory response as they help repair and recover the brain. In a healthy and uncomplicated immune response to a TBI, the M1 cells switch to M2 cells at some point in the process of healing and the inflammation goes down in the brain. But when this switch doesn’t happen, and the M2 cell signalling overpowers the M2 signalling – there are always both cells present, just more of one kind – inflammation predominates, and this can last for a long time and lead to the symptoms seen in post-traumatic brain injury cases.

Research shows evidence that by activating TRPV1, the macrophage profile can change from M1 dominant to M2 dominant

This research shows evidence that by activating TRPV1, the macrophage profile can change from M1 dominant to M2 dominant. The research is also supporting other immune cells like T cells to have these receptors, which may be key in regulating immune function in general. Capsaicin has also been shown to activate the TRPV1 receptor, and may be the mechanism by which foods like cayenne display immune enhancing effects.

Idea of the research is not to find “anti-inflammatory” drugs, but help uncover mechanisms by which to better balance the immune system

The idea of the research is not to find “anti-inflammatory” drugs, but to help uncover mechanisms by which the immune system may be balanced. The researchers comment that “this is not just about making everything anti-inflammatory. It’s about timing and balance.”

Photo by Elle Hughes on Unsplash