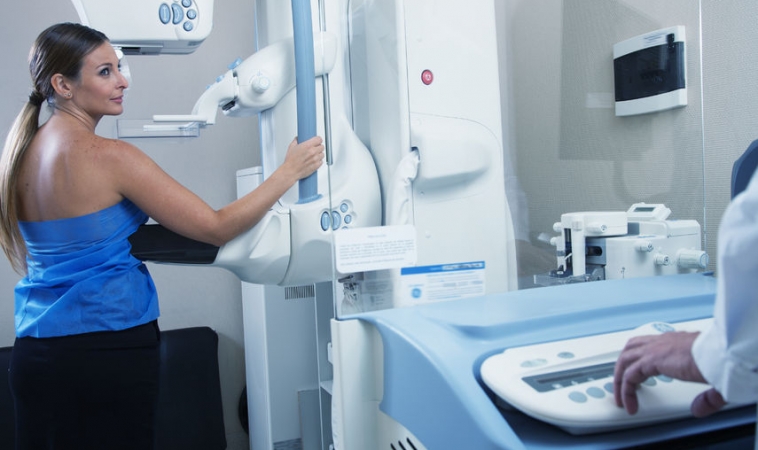 According to the article in JAMA in which the new guidelines were based, the American Cancer Society (ACS) “organized an interdisciplinary guideline development group (GDG) consisting of clinicians (n = 4), biostatisticians (n = 2), epidemiologists (n = 2), an economist (n = 1), and patient representatives (n = 2).” This group developed 5 key questions regarding specific populations, interventions, comparisons, outcomes, timing of outcomes, and settings (PICOTS) based on each question. The GDG selected the Grades of Recommendation, Assessment, Development, and Evaluation (GRADE) system which is an accepted approach with to determine its recommendations.

According to the article, the results reached for age of screening were as follows (bold my emphasis), “To determine the age at which to recommend the initiation of screening, the burden of disease was examined by 5-year age categories, in addition to the evidence of benefits and harms within the age categories. The incidence of breast cancer noticeably begins to increase after age 25 years and continues to increase until ages 75 to 79 years (Table 4). Historically, the age to begin screening has been influenced by the majority of RCT designs, which included women aged 40 to 49 years (based on the burden of disease)61 and also by differing outcomes reported in RCTs. Evidence from the RCTs and observational data have shown similar relative benefits associated with invitation and exposure to screening among women in their 40s and 50s,29,62– 64 and rates of recall and biopsy among women screened with screen-film and digital mammography were similar.37,65 However, judgments about the absolute benefit of mammography in 10-year age groups, or for women in their 40s compared with women aged 50 to 74 years, have defined modern debates about when to begin screening. While the 5-year absolute risk of breast cancer increases steadily over this age span, the 5-year risk among women aged 45 to 49 years (0.9%) and women aged 50 to 54 years (1.1%) is similar, and greater than that for women aged 40 to 44 years (0.6%).”

Various studies over the years have been conflicting in if the benefits outweigh the risks for all women regarding mammography, leaving many physicians necks strained from bouncing back-and-forth from different articles and opinions.

For example, in 2010, the New England Journal of Medicine who analyzed data from 40,075 women, concluded, “The availability of screening mammography was associated with a reduction in the rate of death from breast cancer, but the screening itself accounted for only about a third of the total reduction.” The researchers “defined four groups of women, including those in whom a first invasive breast cancer had been diagnosed: two current groups of women who from 1996 through 2005 were living either in counties in which the screening program had been implemented (screening group) or in counties in which the program had not been implemented (nonscreening group), and two historical-comparison groups that from 1986 through 1995 mirrored the county residence of the current groups before the implementation of the screening program.”  In summary, the researchers found, “the difference in the reduction in mortality between the current and historical groups that could be attributed to screening alone was 2.4 deaths per 100,000 person-years, or a third of the total reduction of 7.2 deaths.”

Furthermore, there was a study in 2011, in Lancet Oncology, that concluded, “that the natural course of many of the screen-detected invasive breast cancers is to spontaneously regress.”

Many other studies have shown conflicting results, questioning the benefits verses risk of over-diagnoses, with a 2012 study stating rates as high as 25%. Perhaps the most shocking news was last year, found in the British Medical Journal (2014) which stated, “Annual mammography in women aged 40-59 does not reduce mortality from breast cancer beyond that of physical examination or usual care when adjuvant therapy for breast cancer is freely available. Overall, 22% (106/484) of screen detected invasive breast cancers were over-diagnosed, representing one over-diagnosed breast cancer for every 424 women who received mammography screening in the trial.”

There also is the concern for radiation itself causing harmful effects to the breasts, especially in genetically susceptible individuals!

For the above reasons, many experts are erring on more conservative screening options for women.