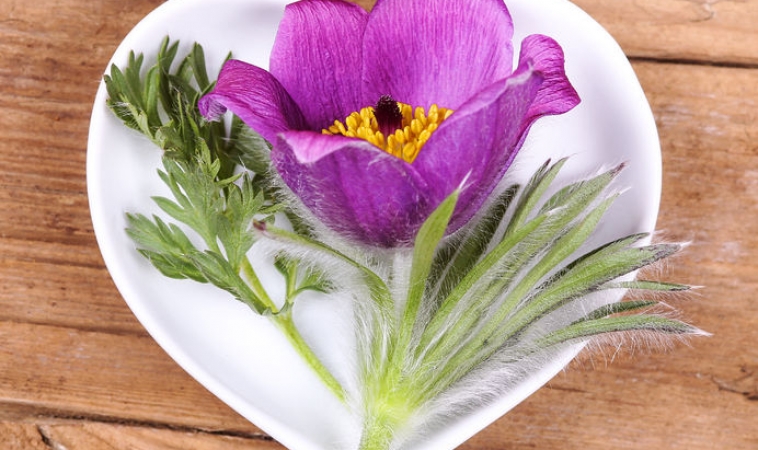 Samuel Hahnemann, the originator of homeopathy, said of Pulsatilla:

“this, like all other med­icines, is most suitably employed when not only the corporeal affections cor­respond but also when the mental and emotional alterations peculiar to the drug encounter similar states in the dis­ease to be cured, or at least in the tem­perament of the subject of treatment.”

This is to say that a homeopathic remedy has a certain “temperament,” or mental emotional picture. This picture gives a certain “feeling” to a remedy, which often allows for more intuitive prescribing. Pulsatilla has a very distinct picture in this regard.

Pulsatilla presents with a certain “softness.” They often are in need of both emotional and physical support from those around them; they can sometimes seem needy. This softness often manifests in a deeply emotional, sentimental, and sympathetic patient. When pulsatilla is indicated, the patient may be very weepy, and in need of reassurance frequently – the small child who needs the constant support of a parent’s hand, or needs to be held in order to feel better comes to mind.

The softness of pulsatilla can come across as shyness, and they are easily embarrassed. They may have a tendency to weep as well, with exceptional ease. They may be very emotional, with the slightest thing setting them into a crying fit. It is not uncommon for a pulsatilla state to present with weeping as the patient is relaying the story of the illness. The crying will be soft and tender. Also, the crying will have little self-consciousness; they will not be embarrassed about their tears.

A final thought in considering pulsatilla is the manner in which symptoms seem to change. Their moods will change regularly, and without rationale. They may become irritable, and then back to timid. But also, the physical symptoms change, with headaches one day, and diarrhea the next, and coughing with green sputum throughout, but resolution for 2 or 3 days of all symptoms, then they will return, without rhyme or reason. It can be very frustrating, because there seems to be no pattern to the symptoms on which to prescribe.