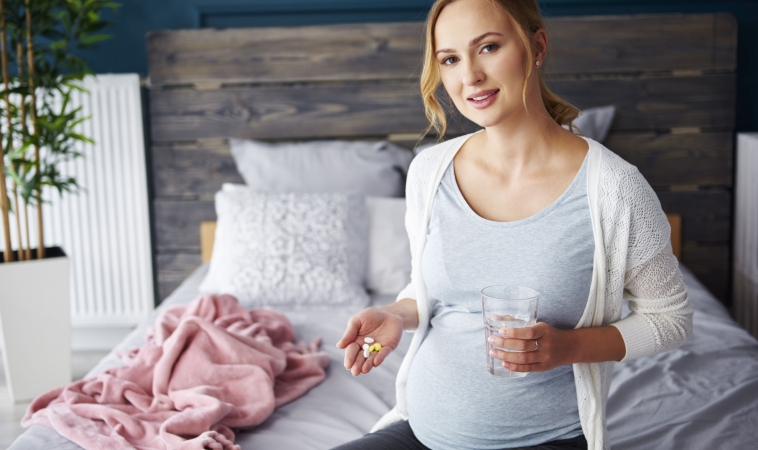 A recent study from Norway determined that by the end of pregnancy, 1 in 3 women are deficient in vitamin D.1 During the winter, when the days are much darker, this percentage rose to nearly 50 percent.

The study’s lead author points out that “It’s tough to get enough vitamin D from dietary sources, and for 6 months of the year the sunlight isn’t sufficient at northern latitudes for our skin to make the vitamin. Even though we see the sun, it’s too low for us to produce vitamin D.” She adds that the use of sunscreen during the summer months further inhibits vitamin D production.

Vitamin D status during pregnancy can have significant repercussions. Two specific outcomes addressed in this study were bone mass and risk of childhood asthma.

Low vitamin D levels can significantly affect bone health of the child as well as the mother. Vitamin D is crucial for the absorption and utilization of calcium. In pregnancy, this becomes even more important because the skeletal system of the baby is being created, as well as the one of the mother maintained. Previous studies have shown that offspring of vitamin D deficient mothers routinely have lower bone mass.

Despite its known importance, it’s not uncommon for women not to receive recommendations regarding vitamin D supplementation

Despite the known benefits of vitamin D, and the health risks associated with low levels of the vitamin, it is not uncommon for women to not receive recommendations regarding vitamin D supplementation. The current study found that less than 20% of pregnant women were recommended to take vitamin D during pregnancy.

Razi Berry is the founder and publisher of  the journal Naturopathic Doctor News & Review  that has been in print since 2005 and the premier consumer-faced website of naturopathic medicine, NaturalPath. She is the host of The Natural Cancer Prevention Summit and The Heart Revolution-Heal, Empower and Follow Your Heart, and the popular 10 week Sugar Free Summer program. From a near death experience as a young girl that healed her failing heart, to later overcoming infertility and Chronic Fatigue Syndrome and Fibromyalgia though naturopathic medicine, Razi has lived the mind/body healing paradigm. Her projects uniquely capture the tradition and philosophy of naturopathy: The healing power of nature, the vital life force in every living thing and the undeniable role that science and mind/body medicine have in creating health and overcoming dis-ease. Follow Razi on Facebook at  Razi Berry and join us at  Love is Medicine  to explore the convergence of love and health.