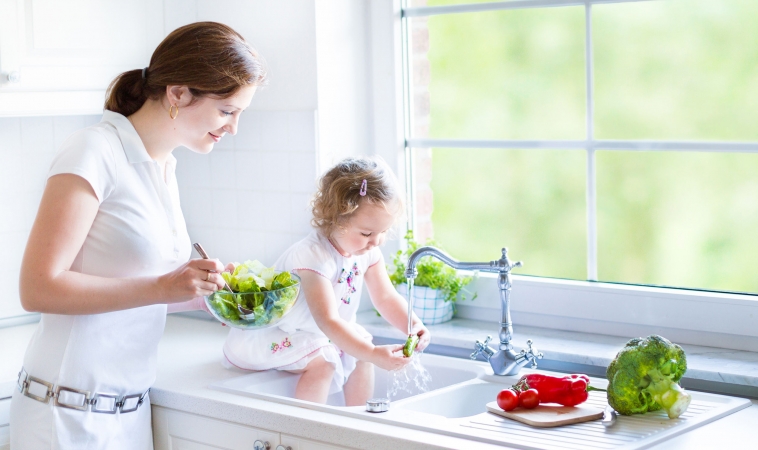 Find out how diet, lifestyle, plant medicine, and more can trump “genetic destiny”

According to the World Health Organization (WHO), 8.2 million deaths occur a year from cancer worldwide. This is an estimated 13% of all deaths globally.1-2 Even more horrifying, WHO has estimated that there will be a 70% increase in new cancer diagnoses over the next 20 years.1

But, this statistic doesn’t need to be a valid reality. Rather, it can serve as an omen of what could occur if our current healthcare system isn’t changed to one with a focus on prevention and the incorporation of lifestyle medicine. This article will give you an overview of why.

Many people still live under the assumption that genes and heredity play the biggest role in cancer risk and death. However, the WHO reports, “More than 30% of cancer deaths could be prevented by modifying or avoiding key risk factors, especially tobacco use.” Specifically, they reported:

Furthermore, the National Cancer Institute (NCI) states, “Inherited genetic mutations play a major role in about 5 to 10 percent of all cancers. Researchers have associated mutations in specific genes with more than 50 hereditary cancer syndromes, which are disorders that may predispose individuals to developing certain cancers.”4 This means genetics play a small role in cancer risk. Rather, it is the environment and its interactions with genes that impact one’s health.

For example, let’s look at probably the most well-known and dreaded breast cancer gene, BRCA, a tumor suppressor gene. A 2013 metanalysis entitled, “Worse Breast Cancer Prognosis of BRCA1/BRCA2 Mutation Carriers: What’s the Evidence? A Systematic Review with Meta-Analysis” concluded that although many studies cite conclusive increased risk of breast cancer and breast cancer prognosis with this genetic makeup, biased studies and methodology may have overestimated reported risks:

Our review shows that, in contrast to currently held beliefs of many oncologists and despite 66 published studies, it is not yet possible to draw evidence-based conclusions about the association between BRCA1 and/or BRCA2 mutation carriership and breast cancer prognosis. We only found sufficient evidence for a 10% worse unadjusted recurrence-free survival for BRCA1 mutation carriers. For all the other outcomes the evidence was judged to be indecisive. Although two less extensive reviews about BRCA1 and BRCA2 carriership and breast cancer-specific survival have been published [64,65], this review is the first to use a systematic approach and standardized analysis, taking into account the methodological rigor of all the available studies, to arrive at the best evidence.

… Unfortunately, the large variation in the types of outcomes and the conflicting results reported between studies reduced the power for evidence-based conclusions for most of the outcomes. The most reported outcome was overall survival. However, we considered overall survival as the least relevant outcome because this is also affected by the increased ovarian cancer mortality in carriers; an issue that was rarely mentioned in the reviewed papers. The only outcome for which we found evidence that there was an association with BRCA1 mutation carriership, i.e., unadjusted recurrence-free survival, is a heterogeneous survival measure with inconsistent definitions (often not even reported) across studies.5

An earlier 2009 study in BMC Cancerfound that rates were even lower then above and reported carriers of this gene had similar rates of death as among non-carriers:

In Sardinian breast cancer population, BRCA2 was the most affected gene and the effects of BRCA2 germline mutations on patients’ survival were demonstrated to vary within the first two years from diagnosis. After a longer follow-up observation, breast cancer-specific rates of death were instead similar for BRCA2 mutation carriers and non-carriers.6

Interesting, one of their sources for this statement was found in a 2003 article in American Journal of Human Genetics.It actually states:

The variation in risks by type of index case and by age at diagnosis of index case is also suggestive of risk modifiers. Risk estimates for counselling should take into account both mutation status and family history, as well as other risk factors once their effects become reliably known.7

So, even with genetics at play, what can lifestyle and diet do for prevention?

How Lifestyle and Diet Effect Health and Cancer Risk

Have you heard of the science of epigenetics? It demonstrates that our lifestyle choices have a direct impact on gene expression. The science of nutrigenomics studies how diet influences our genes. There is a lot of emerging evidence that lifestyle can impact disease and death outcomes. A 2008 review in Pharmaceutical Researchstates:

The evidence indicates that of all cancer-related deaths, almost 25–30% are due to tobacco, as many as 30–35% are linked to diet, about 15–20% are due to infections, and the remaining percentage are due to other factors like radiation, stress, physical activity, environmental pollutants etc. Therefore, cancer prevention requires smoking cessation, increased ingestion of fruits and vegetables, moderate use of alcohol, caloric restriction, exercise, avoidance of direct exposure to sunlight, minimal meat consumption, use of whole grains, use of vaccinations, and regular check-ups.9

This is wonderful news, yet many aren’t taking advantage of it. A recent March 2016 study assessed four healthy lifestyle patterns followed for heart health, which are similar to cancer risk, and found they were only practiced in full by 2.7% of the population. Science Daily reports:

In this study, researchers from Oregon State University and the University of Mississippi examined how many adults succeed in four general barometers that could help define healthy behavior: a good diet, moderate exercise, a recommended body fat percentage and being a non-smoker. It’s the basic health advice, in other words, that doctors often give to millions of patients all over the world.10

Besides knowledge, social implications, access to quality of foods also play a role in incorporating healthy choices into one’s life.10 Still, many are unaware of the impact of their everyday decisions and how they can be empowered to modulate their risk of diseases. Let’s look next at what we put in our mouth.

Many studies have linked dietary patterns with cancer risk,11-15 estimating it to account for about 30% of risk as stated above.9,11Though methodological factors and biases tend to make “evidence” in any dietary subject inconclusive, most research does support plant-based diets and lowered meat consumption for reducing cancer risk.9, 11-15

A review in the 2004 Nutrition Journalstated the following on just one nutrient, folic acid (folate is the form found in food and quality supplements) regarding its interaction between modulating genetics and environmental factors in cancer risk:

..many studies have found a significant reduction in colon, rectal, and breast cancer with higher intakes of folic acid and their related nutrients (vitamin B-6 and B-12). Alcohol is an antagonist of folate, so that drinking alcoholic beverages greatly magnifies the cancer risk of a low-folate diet. Genetic polymorphisms (common single DNA base mutations resulting in a different amino acid encoded into a protein) in the methylenetetrahydrofolate reductase and the methionine synthase genes which increase the relative amount of folate available for DNA synthesis and repair also reduces the risk of colon cancer [120-123]. Cravo et al [124] used 5 mg of folic acid a day (a supraphysiological dose) in a prospective, controlled, cross-over study of 20 patients with colonic adenoma polyps. They found that the folic acid could reverse DNA hypomethylation in 7 of 12 patients who had only one polyp.15

The Journal of American College of Cardiology wrote the following in 2006 regarding the role of diet and immunity and the many factors it modulates regarding cancer risk:

Reducing the incidence of coronary heart disease with diet is possible. The main dietary strategies include adequate omega-3 fatty acids intake, reduction of saturated and trans-fats, and consumption of a diet high in fruits, vegetables, nuts, and whole grains and low in refined grains. Each of these strategies may be associated with lower generation of inflammation. This review examines the epidemiologic and clinical evidence concerning diet and inflammation. Dietary patterns high in refined starches, sugar, and saturated and trans-fatty acids, poor in natural antioxidants and fiber from fruits, vegetables, and whole grains, and poor in omega-3 fatty acids may cause an activation of the innate immune system, most likely by an excessive production of proinflammatory cytokines associated with a reduced production of anti-inflammatory cytokines. The whole diet approach seems particularly promising to reduce the inflammation associated with the metabolic syndrome. The choice of healthy sources of carbohydrate, fat, and protein, associated with regular physical activity and avoidance of smoking, is critical to fighting the war against chronic disease. Western dietary patterns warm up inflammation, while prudent dietary patterns cool it down.16

Another 2005 study in Diabetes Care on the link between cereal fiber and adiponectin, a helpful “fat hormone,” decreased in diabetes and obesity concluded:

Although the type of fiber used may be controversial, the key is that fiber and food effect our cellular signals. Furthermore, as stated above, being obese and having high blood sugar is linked to cancer.

(In my upcoming blog, I’ll look more specifically at lifestyle and plant medicine, both topics for the upcoming Natural Cancer Prevention Summit.)