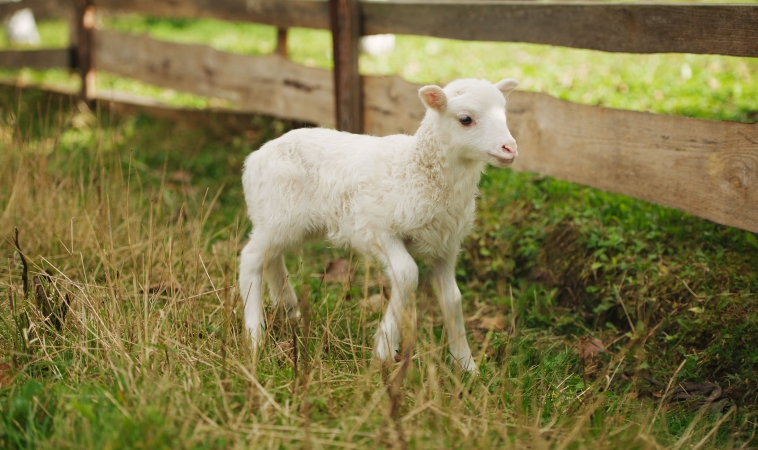 The long used lion/lamb reference is a good starting place for a discussion of what I see to be a foundational issue for men right now. It is well known that the health of men (across many dimensions- physical, social, emotional, etc.) is dismal, and in this article I’d like to present a perspective on the dearth of role models for men, focusing on the issue of balanced aggression. Certainly the character of men in leadership, as evidenced by the recent presidential candidate follies, is cause for the need to examine what might be going on for men.

For a long time, men denied the yin aspects of themselves in order to fit within the margins of traditional masculine norms. It was confusing. Men were supposed to be lions– strong, aggressive, proud, and independent, but it was unbalanced because they couldn’t feed the yin or “lamb” aspect of self. So whether they felt it or not, men put on a front and didn’t reveal any vulnerability to other men. Despite some evolution of this matter, this is still true- men act out bravado to fend off any perception of yin qualities such as yielding, malleable and receptive. The issue with men is more complex than this. We might consider that men are actually exhibiting what is known as “false yang”, much like coffee. The feeling that coffee gives us is “energetic”, but not necessarily exuberance, which comes from within. It is false yang because it makes us feel something that isn’t authentic. Coffee is actually depleting because by making us feel energetic, we use more energy, tapping into our reserves. The problem comes when we don’t fill our reservoir of yin, the lamb. Because of the fear of being seen as “less than”, men exhibit a false yang. This wouldn’t be so bad, except that it is also depleting because there is very little authenticity. (Are you thinking Donald Trump?) It seems that men have lost their authentic lion.

In my 20 years of working with men, I’ve noticed that as women have rightfully taken back their power, the natural ferocity of men has diminished. Indeed yang energy is less welcome from men. Men’s aggression has been misguided and therefore has grievously been used to hurt women, children, other men, animals and plants. (Note- I’m not talking about hunting animals or gathering plants. I’m referring to abusive treatment of animals and mindless destruction of the plant world.) But, and this is very important, this isn’t to say that men shouldn’t express their lion. Denying one’s yang, one’s lion-like ferocity, has just as serious consequence, one might argue, as overly expressing it, as I’ve written about in the past. Put a tight lid on a boiling pot or add pressure to intensity and there is risk of explosion, or implosion (think of the physical and emotional consequences of “non-expression” of anger, perhaps impulsive violence, suicide, and cancer come to mind.) I discuss this with Razi Berry in my upcoming webinar segment in the Cancer Summit.

The medicine for boys and men in the world right now is transformative connection between boys/young men and wizened elders.

The solution to men’s yang aggression is not to make him more lamb-like, as happened in the ’80s with the “sensitive new-age man”, but rather to focus his ferocity toward something greater. The way to teach that is by direct contact with other men, which is painfully lacking in our world. Men don’t live in proximity to other men. Barbershops and men’s organizations have been replaced by electronics and facebook/virtual relationships. In the natural world, young male lions spar with other male lions. These “sparring” interactions may be missing for many men, who stay at home and take care of mom or adhere to their duties as a family man or hide in the cultured mask of the businessman. Where is the untamed one? We might say that men have been neutered of their fierceness.

Men are Not Lions

In the human world, where there is no longer need for brawn to conquer the wilderness, young men need other men in the pride to teach them temperance and self-governance. In a pride, young male lions learn from their elders, then, they are forced out to find their own way. It is live or die. That rite of passage exists no longer for young men (mostly because there are so few authentic kings of the jungle, or great men to facilitate the process), so there is little guidance for men to touch and channel a young man’s primal aggression. The medicine for human males right now is to create linkages between boys/young men and wizened elders. Who is to say whether one is wise? In my interviews with men, I’m finding something extraordinary in nearly all men, it’s just a matter of accessing it, which is the art of medicine. Additionally, I find that these novice/elder connections are especially potent where there is an element of adventure for both the young and old because the boundaries between them dissipate, allowing a transformative experience.

One of the principles of Taoism is that yin and yang mutually create each other. For too long, men didn’t feed their yin aspect of self, and thus, the yang became depleted. It’s no wonder we have an epidemic of low T, erectile dysfunction and infertility. The ferocious one, has not been fed. Whose responsibility is it to feed him? Find a king of the jungle.

Dr. Steve Rissman is a full-time associate professor in the Department of Health Professions at Metropolitan State University of Denver, teaching in the Integrative Health Care program. He teaches Clinical Pathophysiology, Men’s Health, Men Across Cultures, Men and Anger, and several other classes. Dr. Rissman has studied, taught and worked in the field of men’s health for over twenty years and has led the way in lighting the path for young men embarking on the journey to better know themselves. In a new facet of his professional life, Dr. Rissman is the primary investigator in a research project looking at qualities of great men- men who know their purpose in life and hold a larger vision for what is possible.