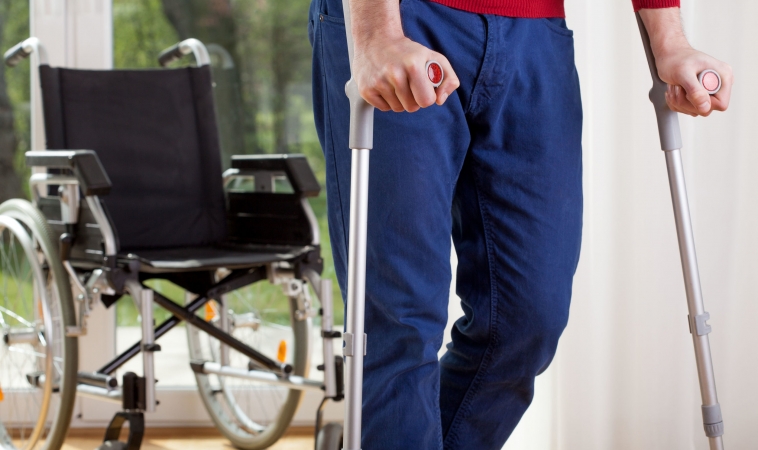 Two recent articles have shown the possible to be possible, paralytic individuals regaining their ability to walk.1,2 Doctors from Switzerland have had initial success and continued progress with using electrical implants along the spinal column to enable 3  paralyzed men to walk again after life in a wheelchair.

The electrical implants are placed along the spinal cord and are intended to perpetuate signals sent along the cord to the lower extremities. The devices were implanted at the base of the spine. In addition, the stimulation seemed to actually help damaged nerves to regrow and restore some function, something which runs contrary to the current understanding of nerve injuries.

This breakthrough research could literally mean that individuals who have been previously bound to wheelchairs may have the opportunity to walk again. The results from the experimental case studies have been published in Nature as well as a follow up article in Nature Neuroscience.

The first patient was a 30-year-old Swiss man, David M’zee. After a sports injury caused severe spinal damage 7 years ago, he’s been confined to a wheelchair ever since; paralyzed from the waist down. The experimental implantation was led by Dr Grégoire Courtine, where an electrical spinal implant developed by a team at École Polytechnique Fédérale de Lausanne (EPFL) was inserted at the base of his spine. Dr Jocelyne Bloch, from Lausanne University Hospital, performed the surgery.

While the implant is switched on, Mr. M’zee can walk for roughly 1 kilometer, or about half a mile. The doctors were surprised to note that not only was function regained to some extent, but also the nerves were seen to be regrowing. “When you stimulate the nerves like this it triggers plasticity in the cells. The brain is trying to stimulate, and we stimulate at the same time, and we think that triggers the growth of new nerve connections,” said Courtine.

After the implant is turned off, Mr. M’zee can still walk about 8 steps, which is incredible improvement for someone who was recently paralyzed from the waist down.

Two other men have successfully walked after having this electrical implant surgically inserted. Gertan Oskan, a 35-year old man who was paralyzed after a severe auto accident 7 years ago, and Sebastian Tobler, a 48-year old German who had been paralyzed during a cycling accident. All 3 men had been told they would never walk again, and were wheelchair bound at the time of the treatment.

Chet Moritz at the University of Washington in Seattle wrote an accompanying article saying, “it now appears that many people can regain the ability to control their paralyzed limbs and even walk again through the innovative combination of spinal stimulation and rehabilitation … This stimulation combined with rehabilitation is actually helping to direct plasticity and healing of the nervous system around the injury.”

Implant cannot be kept on permanently

The implant cannot be kept on permanently, because it can become uncomfortable over time. In addition, the movement that the patients have experienced has been in controlled physical therapy environments.

The current thought is that if devices such as this could be used closer to the time of an accident resulting in spinal cord injury, that paralysis might be completely avoided.

Chet Moritz added in the accompanying article, “we should consider these results across three independent research groups as a breakthrough in the treatment of paralysis. The field of spinal cord injury is poised to take a giant leap forward in the treatment of what was until very recently considered incurable: paralysis.”

Larger trials planned within next 3 years

The team is planning to conduct larger trials across Europe and United States within the next 3 years.